Losing The Gut Race: Obesity In America—Why Other Countries Are Slimmer Than Uncle Sam

The U.S. obesity problem is an epidemic, but we're not the only ones having to squeeze through the door at the United Nations. Canada, Mexico, the UK, Australia and New Zealand all have obesity numbers above 20 percent.

Smaller countries like Tonga, Nauru, Micronesia and the Cook Islands host populations that are more than 90% overweight or obese, thanks largely to the "Cocacolonization" of their diet and lifestyle.

Obesity has been spreading over every continent--except maybe Antarctica; those penguins better not start eating McDonald's. Yet a select few individual countries seem to be escaping the worst of it.

In Japan and Korea, only 3.2% of the population is obese. Fewer than 10% are obese in Switzerland, Sweden, Norway, France and Italy. (I'm excluding those less-developed nations where malnutrition and starvation, not overeating, are the public-health threat.)

So what are they doing right that the rest of the world is doing wrong? What can we learn from these countries who have escaped the blubber plague?

Rather than scarfing a Big Mac in front of the television during a commercial break, French and Italians take 1 to 2 hours to eat. 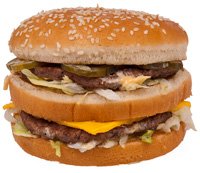 Of course, not every meal is going to take hours to consume, but having a long lunch with a friend discussing relationships and movies will keep the fork out of overdrive. Your stomach has time to recognize when it's full.

While some Europeans may eat for a long time, they still eat smaller portions. A soft drink in the U.S. is 52% larger, a hot dog 63% larger, a carton of yogurt is 82% larger than what you would buy in France.

The Koreans and the Japanese also aren't walking around with their plates piled a mile high with buffet-style mashed potatoes. 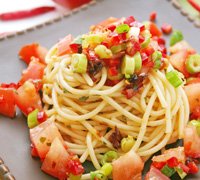 Italians in particular are quite concerned with the freshness of their ingredients. They don't overdress their food. They rarely use butter or cream or canned food.

Of course food is expensive, and getting more expensive as fuel and other commodity prices rise.

Rather than buying a lot of food that's cheap and full of preservatives, many thinner nations buy less food but of higher quality and nutritional value.

The average person in Japan walks 40 minutes a day at least 5 days a week. Sixty-two percent of Swedes walk, bike, or use mass transit to commute.

The French and Italians all walk a lot too-to work, while they shop, before and after meals. In the U.S., only 12 percent of the population use active transportation.

No coincidence that a Rutgers University study found that countries with extreme automobile dependence, such as the U.S., Australia and Canada, have the highest rates of obesity. 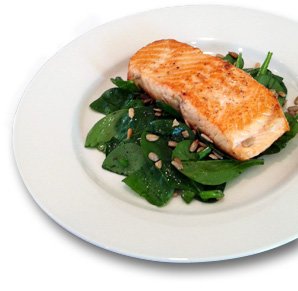 5 /
Know That Fish Are
Food, Not Friends

The Japanese eat 10 percent of the world's fish and far less red meat than we do. The Mediterranean diet popularized in Italy also includes a high amount of fish.

Why is this good? Fish contains omega-3 fats and is high in protein and other nutrients, but has less saturated fat than red meat.

The European way of grocery shopping is far different than ours. Most of us go once or twice a month and fill our carts with pretzels, chips, cereal and all other manner of food whose shelf life can be measured in presidential administrations.

The French and Italians generally shop for whatever ingredients they need to make a meal right before they make it.

In his book Cholestrol and the French Paradox, Frank Cooper argues that the French use less hydrogenated oil and trans fats than we do. The French diet is based on natural, saturated fats of the sort that come in cheese. Our U.S. diet consists of many more products that include hydrogenated oils.

The Japanese eat a diet that's high in vegetables. They also consume a large amount of plant-based beverages like saki, tea and even beer. 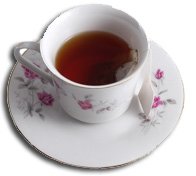 The Japanese tend to live a long time; they also have one of the lowest obesity rates in the world. They also drink a lot of green tea.

An 11-year study found that those who drank five cups or more of green tea each day had a 31% lower risk of dying from cardiovascular disease than those who drank less than one cup.

Although it's been forsaken in urban environments, the siesta is still practiced in rural parts of southern Europe.

When you sleep, your body produces its largest amounts of growth hormone, which is not only the antidote to cortisol, but also helps your muscles well, grow.

Sleeping reduces stress and anxiety, boosts your immune system, and allows your body to rest and heal.

9 /
Worry About
Their Appearance

Italians and the French are consistently concerned about how they look. They don't throw on a pair of sweats to go to the supermarket. Strange as it sounds, people who worship Jerry Lewis dress impeccably for their everyday affairs.

Now, while I'm not necessarily condoning an intense egoism, acknowledging that the way you look influences how other people perceive you might be helpful, rather than harmful to your health.

It's difficult to look good in clothes when you need a pup tent instead of a shirt. 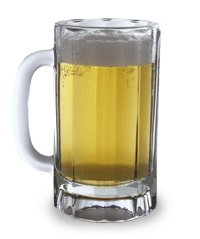 The French and Italians enjoy wine with lunch and dinner, and the Japanese don't hesitate to drink sake with their sushi.

However, alcohol is rarely used to excess. In Italy, it's frowned upon to act a fool. Especially a fat fool.