The Dangers Of Antacids And Why You Shouldn't Take Them!

There are a multitude of reasons for you to not take antacids. I've taken the liberty of discussing a little about antacids, food digestion, food rotting in the stomach, and what problems you may run into as a result of not chewing your food.

Don't ever take antacids, Prylosec (the purple pill), Pepcid AC, or Axid, as that would be a huge mistake! Medical doctors prescribe them but really they don't know much about the human body. Let me explain in detail.

There is no such thing as "Acid Reflux Disease." What you are actually suffering from is indigestion. You are not digesting your food. Most Americans do not digest their food. Before I proceed, I would like to explain an incident that happened to me a few years ago.

I had a lady call me—her name was "Frances." She was 47 years old, and was in real estate. The day I spoke with her on the phone she was having stomach problems, gas, belching and uncomfortable stomach growling. She had been to her medical doctor, holistic doctor, herbologist, D.O., and every nutritional consultant she could find.

She was frustrated and just tired of having these problems. She gave me a piece of paper and it read, "I do not mix foods, protein, and starches."

She said she eats 5 to 6 small meals per day. She continued that she sometimes takes digestive enzymes, and that she did not drink water, coffee, tea, or soda pop with any meals.

I continued - you are 47 years old and your hydrochloric levels have gone down since you were around 40, or thereabouts. I said you are always on the run, concerning your career. She replied, "Yes, I'm always running around." "Do you eat on the run?" I asked. 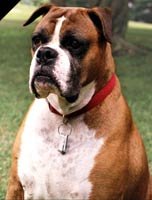 "Yes," she replied again, "I always find myself gulping it down. I never seem to have enough time to sit down for a slow meal."

Well you know Frances, I continued, dogs can gulp their food down because their hydrochloric acid levels are probably 20-30 times greater than yours. Dogs don't digest food in their mouths, as with carnivores (humans are not carnivores, but omnivores).

Dog's stomachs do their digesting of the food. I told her again that before you swallow your food, chew it until it's like applesauce.

You have to grind your food; you have to mix it with saliva and digestive juices. I said, just do me this favor: go home and make a concentrated effort to chew your food well. Let the digestive juices get in there, juices and saliva give a boost to your digestion. I asked her to give me a call to let me know what happens.

About a week later I received a call from Frances, she expressed to me how angry she was concerning how much money she has spent on experts, doctors and nutritionists. These experts never told her to chew her food. She then stated it works, it really works!

You see folks, the problem that we have here in America, is we are taught to overdo everything. Nobody is really concerned with whether or not you digest your food, certainly not medical doctors; they deal with symptoms, not causes.

Now let me tell you what happens when you don't digest your food. Let's say you sit down and eat a piece of steak, some potatoes, vegetables, a glass of milk, and finish off the meal with dessert.

Man was never designed to dump everything in his stomach, especially not to mix proteins and starches, and also not to mix concentrated protein with milk.

Now what I want you to do is to refer to my non-mix meal plan, which everybody should be doing. Everybody should be taught this plan because this is the basis of human digestion. This is Dr. Ivan Pavlov's theory, which dates back more than 100 years; this great Russian scientist proved conclusively that this is how you should combine foods. Even the Bible tells you what foods to combine.

What all these big words are saying is that this leftover food will rot in your stomach. Let me tell you what this undigested/rotten food will cause. Rotting food can cause yeast infections, parasites and asthma. In turn, the aforementioned can cause cancer, food allergies, leaky gut syndrome and a multitude of other diseases.

Let's say you took garbage and threw it out, if the garbage men did not pick it up the very next week, you would be able to look in that garbage and see maggots. Maggots are the larval stage of the fly life cycle and consume rotting food.

One of the things that this rotting food does to your stomach is cause a horrible acid, very different from hydrochloric acid. It is an acid caused by fermentation and putrification and it can burn your esophagus.

Step by step it moves into the upper part of your stomach, and gets continually worse the longer you don't digest your food. So you see, this is your problem - so don't ever believe there is such a thing as acid reflux disease. You caused your own disease.

It's just plain indigestion and you can help prevent this by not mixing foods, and not drinking fluids while eating. Drink liquids a &frac12;-hour before and &frac12;-hour after consuming your meal. Again, you should not combine proteins and starches; you should not combine milk with proteins and be certain to always chew your food completely to prevent digestion problems.

Now, what will happen when you take these acid inhibitors—Prylosec (the purple pill), Pepcid AC, and Axid? If you continue to take these products your problems will get worse and worse. Down the road these products will neutralize all your stomach acids, preventing you from digesting your food, and causing major health problems.

You are going to toxify and pollute your colon and your liver, the bile in your gallbladder is going to get thick and cause a multitude of problems. If you continue to take these products you will get sicker. The natural function of the body is to digest, not neutralize your food.

If you look at these drug ads on television, they show cartoon demonstrations on how these products dry up your hydrochloric ducts, preventing you from manufacturing hydrochloric acid. Using these products will only make you sicker and medical doctors richer. Please, take what I have told you and give it a try, this is nutrition-based information and it works.

Just remember that drugs are not medicine, drugs just cover up the symptoms. They drive the symptoms deeper and deeper into the cell, never actually getting to or treating the cause. One of the laws that Hypocrites laid down was "treat the cause of an illness, not the symptoms."

Ron has written several articles about Vince Gironda and will have more information for everyone in the future.