Back in the early 20th century, Atlas was known as the world's best-built man. Learn how to utilize parts of his program to make new gains!

If you pay much attention to the history of bodybuilding you've probably heard of the name Charles Atlas. Back in the early part of the 20th century Atlas was known as the world's best-built man. Starting in 1929 and continuing throughout the century, he sold hundreds of thousands of his muscular development courses using a form of training he called "dynamic tension."

His courses sold through magazines and the advertising depicted caricatures of a scrawny kid on the beach getting sand kicked in his face by a big guy. The next caricature would show the scrawny guy coming back to the beach after completing the Charles Atlas workout. He'd come back big and buff and whip the bully and run off with the girls. If you look hard enough you'll still be able to find some of those ads in magazines today. 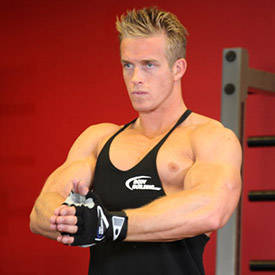 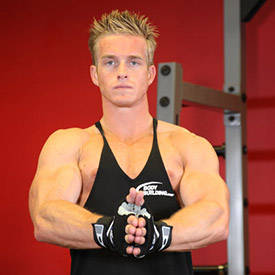 The exercises described in the course didn't use weights, rather they used bodyweight exercises and dynamic tension exercises. The course called for certain types of movements done in isometric fashion like push-ups, where you hold yourself in a push-up position for a given time. I don't know how much muscle people have gained over the years using these programs, but what I do know is that certain concepts and training methods taken from his program can be extremely effective for the bodybuilder of today.

It's been said that in the iron game, nothing new is really ever invented, rather we just keep putting new twists on the same effective things and more effective ways of arranging and performing training methods that our founders discovered years ago.

It's also interesting how outdated training concepts, like kettlebell training, continue to resurface and are brought back to life and how these concepts are often found effective today. One training concept that fits that bill is isometric training. It can be an effective training style for you, but unlike the Charles Atlas programs, you will need to use weights.

What Is An Isometric Movement?

An isometric movement is a movement in which no movement occurs. An example is holding a weight in a semi-contracted and motionless state for a period of time. Another example is pushing on an immoveable object for a given period of time. Many of you have probably done the trick where you stand in a doorframe and with your hands by your sides, you press out again the doorframe as if you're doing a partial lateral raise.

You continue to push against the immoveable door frame for 30-45 seconds, and upon releasing the pressure, your hands tend to "float" up into the air. This is an example of an isometric movement.

It turns out Isometric exercises have several benefits for both strength athletes and bodybuilders.

Isometrics are purely "muscle" movements that place the stress entirely on the muscle fibers, eliminating reactive contribution, and even so they increase muscle motor unit recruitment above and beyond what you get from eccentric or concentric reps.

Activation refers to the recruitment of the motor-units in a muscle. One can recruit nearly all the muscle fibers during a maximal isometric contraction - something that doesn't happen with regular eccentric and concentric (down and up) repetitions. Basically, the more muscle you can recruit the more damage you can inflict and the more growth can occur. Not surprisingly, this dramatically enhances strength. Strength gains of 14-40% were found over a 10-week period using isometric action training.

Isometrics also allow you to prolong the time under tension of a particular area or sticking point and thus add to the time the muscle is under tension as well. If you think about it, when performing the large majority of movements in the gym the actual working effect of those movements are over a short range so a lot of the time spent completing repetitions is just wasted.

For example, when you do a bench press your pectorals are really only maximum tension in the range from just off your chest to 1/2 of the way up - the rest is all shoulders and triceps so if you consider the pause at the top you spend nearly 2/3 of the entire set working muscles OTHER than your chest.

The average set duration is something like 20-30 seconds. That means your chest may only be under tension for 10 seconds or less per set. With isometric training you can isolate a specific area of a movement for a given time thus prolonging the time the muscle is under tension which is largely responsible for the hypertrophy response.

Isometrics not only cause muscle breakdown themselves, but also cause an immediate increase in subsequent dynamic work as well, which basically means you can perform an isometric exercise and stimulate strength, growth and actually have a strength carryover or an increase in strength with your next movement. This is something that has to be experienced but it is a welcome change. You can actually get stronger as the workout continues instead of having a loss in strength typical of most routines.

Isometric training done at a disadvantageous joint angle in a movement like near the bottom of a bench press or squat will have a strength carryover throughout all ranges of the movement.

Since isometrics stress the muscle versus the tendons, fascia, etc., they are useful for rehabilitation or training around injuries. I had a case of biceps tendonitis the for several months, and basically the only biceps movements I could do without pain were partial range lying cable curls and isometric preacher curls (stressing the bottom 1/3).

Not only is my tendonitis almost healed, but my biceps have not lost any size and experimenting the other day I found out I am a good 15% stronger on every bicep movement due to the isometric preacher curls i've been doing.

Isometrics build muscle mass. In a recent experiment found an average size improvement of 12.4% for heavy isometric training and 5.3% with isometric training using weights equivalent to 60% of 1rm weight after a training period of 10 weeks.

To strengthen your bench press you could either get in a power rack and press the bar against an immoveable pin for a certain length of time or hold a supra-maximal weight in a 1/4 rep range for 6-20 seconds.

Strengthen your weak links and everything else strengthens as well. In other words, if you perform an isometric contraction a few inches off your chest in the bench press you'll tend to increase the strength of your entire bench press and the size of your entire chest! But if you only do isometrics over the easiest 1/4 or 1/3 range in a movement you only get a 15-30 degree carryover.

If you really want to increase strength in a movement, using the bench press as an example, you'd simply use 3 different positions (bottom, mid-range and top) and perform an isometric in each position. You'd perform isometrics in the contracted position near your chest, the midrange position and then the extended position up top. A sample workout would be 2 sets of 10 seconds at each position with the lower position done first. For strength, each isometric contraction should last 20 seconds or less and ideally under 10 seconds.

When using isometrics to increase muscle growth, you're able to put a muscle under high amounts of tension for a long period of time. The total length of time a muscle is under tension is largely responsible for the amount of muscle growth stimulated from a workout. You will know just how effective this method is once you try it!

There are 3 ways to implement isometrics for muscle growth. The 1st in my opinion is the most effective form.

You simply hold a weight equivalent to 50-80% of your 1-rep max in 3 different positions per exercise for anywhere from 30 seconds to 1 minute. Let's illustrate an example.

Say you're doing preacher curls. You load up the bar with 60-80% of your 1-rep max and execute your set by holding the bar in a slightly flexed position near the bottom of the movement for anywhere from 30 seconds to 1 minute. Obviously, the heavier the weight in relationship to your 1-rep max the shorter you'll be able to hold it.

After this set you rest a minute and then repeat in the same extended position. Next you complete 2 sets in the mid-range position, followed by 2 sets in the upper 1/3 of the movement. Follow this up with 1-2 sets of full range preacher curls and your bicep workout is over. Try this and I'm sure you'll find it's the most effective workout for muscle growth ever! The guidelines for this method are:

Load: 50-80% of your 1 repetition maximum
Length of time per set: 30-60 seconds
Number of sets per position: 1-3 per position
Number of positions per exercise: 3
Rest intervals: 1-2 minutes

The next method of using isometrics for hypertrophy can be done on any exercise, but it is more effective for exercises like pull-ups, rows and curls unless you have a spotter. This isometric training method involves using isometric stops. Isometric stops allow you to increase the duration of a set and thus put more strain on a muscle.

Say for instance you're doing a set chin-ups and you've knocked out 8 reps and struggled on your last rep so you know you won't be able to complete another repetition. Most people would simply relax their arms and terminate the set. However, you can increase the duration of the set and place more strain on the muscle by lowering yourself under control and stopping the negative motion for 6 seconds at different positions on the way down.

I recommend you use isometric stops on your last set of an exercise where applicable. You can get good results just doing one 6-second isometric hold on the last rep of the set, but if you're up for it go for all 3.

* Hold near the bottom position for 10 seconds with heavy weight.

You can also superset an explosive movement with an isometric movement. This variety is great for athletes who need to maintain explosiveness while packing on the mass. Pick a movement, any movement and using 50% of your 1rm perform 10 fast and explosive reps as quickly as possible. Next, without resting simply hold the weight in your weakest position for as long as possible.

Give some of these training methods of the past a try and watch them elevate your muscle growth years into the future. I predict we will see a reintroduction of "Charles Atlas" type training into the programs of bodybuilders in the next year or so.