Green Tea Fat-Burning Phenomenon: The Secret Behind It All!

What is all the buzz about green tea? Polyphenols is the answer. These incredible polyphenols are vital for every bodybuilder trying to get ripped. 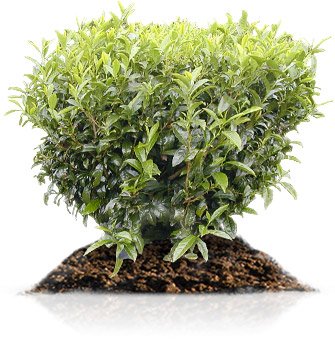 The discovery of green tea may have occurred about 4,000 years ago, but its popularity has recently peaked in the bodybuilding community. This intensely studied compound is a staple in the formulas of top fat-burning supplements - and with good reason!

Let's start at the root of this green tea phenomenon. Green tea, along with black and oolong tea, comes from the tea plant Camellia sinensis. This plant is an evergreen shrub that is native to mainland South and Southeast Asia, but can now be found across the world in tropical and subtropical regions.

Why All The Buzz?

So now we know that green tea comes from the Camellia sinensis plant, but what is actually causing all the buzz in the supplement world? The polyphenols found in green tea are the answer. These incredible polyphenols are more commonly known in the scientific community as flavanols or catechins.

Some of the benefits of the key fat-burning hormone, norepinephrine, include:

A lot of the studies done on green tea have focused on the highly concentrated EGCG catechin, but there are also plenty of studies on catechins in general. The results of these studies are vital for every bodybuilder trying to get ripped.

For example, according to a study published in an issue of the American Journal of Clinical Nutrition, green tea has been shown to activate the body's thermogenic fat-burning activity.1 In this study, an optimal amount of catechins (690 mg) ingested for 12 weeks significantly reduced the subjects' total fat area, waist circumference, skinfold thickness and subcutaneous fat area!

You see, catechins inhibit an enzyme called catechol-O-methyltranferase, or COMT, which actually degrades the body's primary fat-burning hormone, norepinephrine. That's obviously not what you want when you're trying to get shredded. With catechins being so abundant in green tea, they really help elevate norepinephrine levels, keep them elevated and prolong thermogenesis. Translation - catechins help turn you into a fat-burning machine!

It has also been shown that there is a synergistic interaction between the caffeine in green tea and the catechins (more specifically EGCG) in green tea, which revs up the body's use of calories as energy.2 Moreover, the combination of caffeine and EGCG found in green tea was further shown in the British Journal of Nutrition to significantly increase the resting metabolic rate.3

What this means for you is that with green tea extracts you can skyrocket your 24-hour energy expenditure to create the perfect environment for maximum fat burning. Add that to its ability to increase norepinephrine and you begin to fully understand why green tea has become so popular for bodybuilders who want to get shredded in a hurry.

Now we know why green tea's popularity has grown so much in the bodybuilding community. But before you start guzzling it by the bucketful take this into consideration - it appears that getting your green tea in the form of a nutritional supplement has advantages over drinking the tea.

A study also published in an issue of the American Journal of Clinical Nutrition showed that the absorption of polyphenols was enhanced when they were given to healthy individuals as a green tea extract supplement in capsule form4.

So, for those who don't like drinking tea or don't want the hassle of drinking a whole truckload a day, a supplement with green tea extract in its formula would be a better way to get all the incredible benefits that green tea has to offer.

Alright, for those of you who like to get right to the point, here's a quick recap on the power of green tea:

Combined With Other Supplements

It appears that getting your green tea in the form of a nutritional supplement has advantages over drinking the tea.

This ultra-potent compound works to block the alpha receptors on the fat cell, a biological signaling process that can increase thermogenic potential!5 These receptors actually inhibit the fat-burning process and you definitely don't want that. You want to make sure that when you're taking green tea, nothing is standing in your way of getting completely diced.

The bottom line here is that whether you like it or not, green tea works and should be in every bodybuilder's supplement arsenal. It's definitely tea time!