Tabitha's self-esteem issues followed her for most of her life. Learn how she beat insecurity, transformed her body, and found confidence with fitness.

It's not always easy to stand out from the crowd, but at nearly six feet tall, Tabitha Klausen has always stood out.

She now stands proud on the IFBB Bikini stage, but she hasn't always enjoyed the spotlight.

For most of her life, Tabitha felt awkward and insecure about how she looked. Fitness proved to be her salvation.

Fed up with constantly feeling negative about her appearance and self-esteem, Tabitha made the conscious decision to seek a healthier way of life.

That's how she found fitness, confidence, and a stage-worthy body.

Learn more about her inspiring transformation and follow her training, nutrition, and supplementation programs!

Heavy bouts with the iron turned Tabitha's skinny body into a shapely, athletic physique. Her program helps her perform better in the gym and look great on stage!

Sporting a bikini body requires the right combination of diet, training, and supplementation. Tabitha uses these supplements to aid her fitness goals.

Tabitha's relationship with food was unhealthy, but she learned how to curb her eating disorder with a newfound appreciation for what food does for growing biceps.

Sick of Being Sick

Tabitha was an active kid—or in her own words, "a complete spaz"—but she never quite fit in with other children. "I was one of the tallest in my school," she says. "I think I was the tallest girl for a while. It was hard being the biggest person."

Because she was different than her classmates, Tabitha began to feel bad about her body. "I suffered from a very low self-esteem and some eating disorders," Tabitha says. These insecurities and food issues plagued her all the way through early adulthood.

"I would bounce up and down, but at my lowest, I was 110 pounds," Tabitha confesses. "I'm six feet tall." Although she knew something was wrong, she didn't know how to deal with the underlying issues.

Even without a perfectly clear course, Tabitha decided to expend her boundless energy on something healthy.

"I knew I wanted to get in the best shape of my life," she says, "but I didn't know how to go about doing it. I literally was the girl who went to the elliptical and then did my abs." Because she didn't have any know-how, Tabitha's plan for fitness wasn't effective. To make things worse, her low self-esteem made just going to the gym a difficult task.

"Working out in front of people and thinking everyone was watching me was terrible," Tabitha says. "Training around people who knew what they were doing made me feel really self-conscious."

Tabitha didn't let her insecurity stop her. Instead of quitting, she looked for guidance and found a plan. "I felt much better after that." When she started seeing results without starving herself, she knew she was hooked. "I had this moment of: 'Oh, this is what I want to do!' Working out just made me feel so amazing." 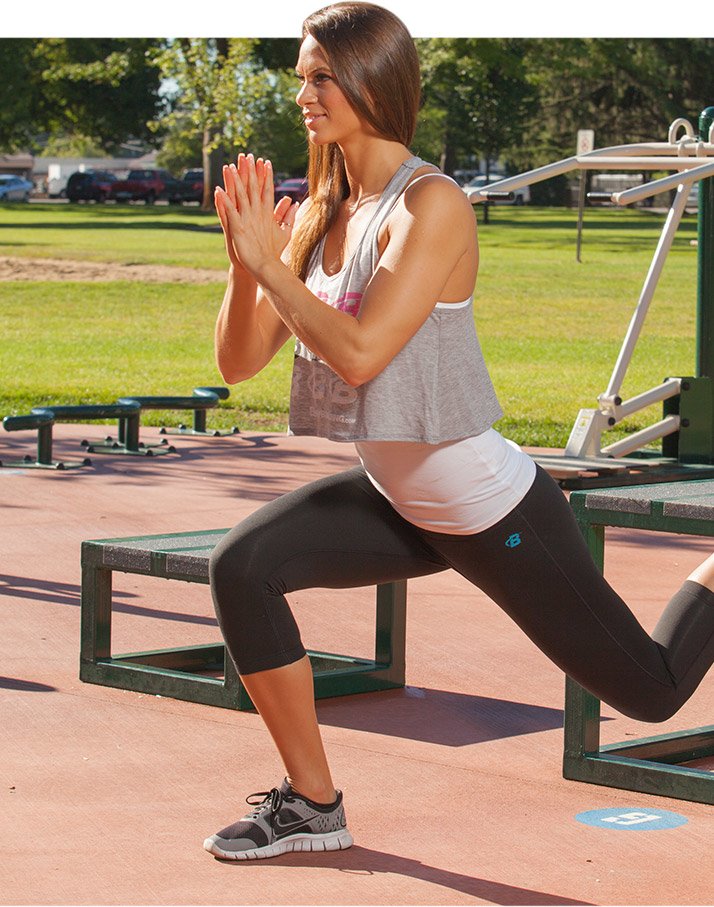 "It's weird because when I was sick and first started training, I had all these goals. I wanted to be a belle, I wanted to be sponsored, and I wanted to be talking to Bodybuilding.com. Now that I've reached it, all I care about is helping the girls who felt like I did. It's almost like I climbed this cliff and I want to reach back and pull everyone else up with me."

"You have to start wanting a change within yourself," Tabitha says. "You have to be fed up or be ready and willing to move forward."

Who is your biggest inspiration? Why does that person inspire you?

If I have to name someone in particular, it would be Brooke Erickson. She is a positive, healthy mom with a rockin' body who has overcome many obstacles and accomplished some big things! She is not only an inspiration, but a role model as well.

What is your favorite body part to train? Why?

I love training legs! As a tall girl, legs are my weakness—but they're so much fun to train. I get an incredible feeling from training legs that I don't get from training my other body parts. I think maybe I feel this way because it's such a challenge.

Do you eat cheat meals?

Yes! I really try to keep a balance in my life. I want others to know that it's definitely possible to eat foods you love while staying fit and healthy. I just tweak my cheat meals to make them a bit healthier and more nutritious. I always have an awesome workout the day after a cheat meal.

How do you stay motivated?

There have been many times especially in the past year that I have felt run down, tired, and wanted to take a break. When I felt like this I would take a couple days off from the gym and focus on myself—maybe have a cheat meal or get a massage.

Then, I switch up my workout routine and get back in the gym, because nothing makes me feel better than working out and relieving stress.

What are your plans for the future?

I plan on focusing more on building my online training business and creating some fun e-books. I want to share all the yummy gluten-free meals I've created and connect with people around the country and world.

I'm working on some kick-ass stuff and I have some more big plans tucked up my sleeve, so stay tuned. Big changes are in the future!