Chris Whited spent 12 weeks dieting, running, and lifting weights to win a contest and sign a new lease on life. He banked on fitness and his hard work paid off big.

A transformation is a contract you sign with yourself. You agree to work on a future version of your body. You promise to become something more. Most people don't fulfill their promises, but Chris Whited did. Chris became the man in an "after" photo and won the 2013 Bodybuilding.com $100,000 Transformation Challenge.

Whited did it to look better, sure, but his aim was of a higher nature. He wanted to live an active life alongside his children. He wanted to grow old with his wife. He banked on fitness and paid with each squat, mile, and conquered temptation. His investment netted him great returns. This is how he did it.

Looking for a surefire fitness plan? Check out the training program Chris Whited used to win the 2013 Bodybuilding.com Transformation Challenge!

This simple nutrition regimen took away Chris Whited's frustration in the kitchen. He kept his meals simple and changed his body forever.

Chris uses a strategic stack to make sure his joints are every bit as the strong as his muscles. Here's his plan!

In late 2012, Chris Whited was stumbling around Bodybuilding.com, flipping through some of the 30,000 articles, when he spotted an advertisement for the 2013 $100,000 Transformation Challenge. Chris saw previous winners and the prizes they won, and he thought it would be a cool way to reinvest in his body. "I started thinking about it. What if I did it?" he asked himself. "This would be the perfect time. I got back on to Bodybuilding.com and I registered. That's when it all started for me mentally."

Physically, Chris toyed around with fitness decades ago. As a child, he flipped through glossy pages of muscle mags his old man left on counters and coffee tables. Chris saw those images and wanted to look like the men on those pages. His folks kept him active, and Chris took to the soccer pitch, where he competed on throughout his youth. Back then, clean eating was a breeze. "Eating healthy was brought onto us by my parents," Chris says. "They helped us out because they supplied us the food. So it was easy. I never thought I would be overweight or unhealthy my entire life."

But adults get to make their own choices. Chris grew up and met a lovely woman named Claudia. After marriage and children, Chris stopped investing as much in his own health and fitness. "I was building my family more than my body and that's the way it was. I wasn't thinking twice about it. This is the way it goes."

That's what adults tell themselves: "This is the way it goes." But markets fluctuate, and goals rise and fall. Sure, Chris was sneaking in workouts and runs on occasion, but it wasn't enough to balance his accounts. His body wasn't the same. Chris and his wife had another child, and all his energies became invested in his children.

"I stopped exercising," Chris says. "I was like: This is it. This is what you are going to be doing. You don't have time for this anymore. I was going day by day, hour by hour. My diet was crap. Working out was pretty much zilch and that's when I basically started gaining weight."

Chris' friends noticed his weight gain, but they were too polite to address the subject directly. Chris says they "chose their words wisely" so as not to offend. He didn't see the extra pounds, but he finally felt it one night in his closet. Chris and his wife were going out for the night, and Chris couldn't button his shirts. Nothing fit. He was embarrassed, ashamed, and overweight.

When he told his wife about the challenge he'd signed up for, she started an endless ticker of encouragement. "I don't think she knew how much support she'd have to give me at that time," Chris says. "She was a huge help with me. The motivation ended up being for my family and kids, and I always want to be around for my kids. Everyone does. I want to stay healthy. I want to live a long life with my wife."

Chris got shredded in 12 weeks, using a mixture of his program—outlined on his training page—and MFT 28 , a program built by Greg Plitt. Chris still struggles to find clothes that fit, but now it's because they're all too loose. Consider his 12-week challenge as a down payment on his long-term account. It put him back in the black. He won't slide again. He has too much to live for. 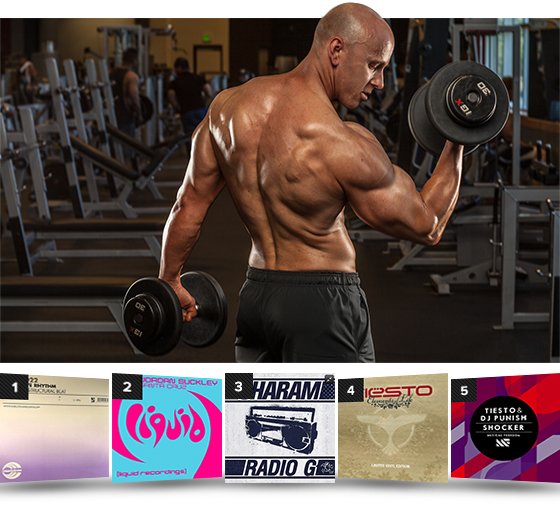