Brandan Fokken doesn't just practice being fit for a few months out of the year. He's dedicated his entire life to fitness and is now reaping enormous benefits. Read his inspiring story!

Like many physique competitors, Brandan Fokken's journey into fitness began with his natural athletic abilities. He was a great basketball, baseball, and football player, but he needed strength and size to match his skill level. So in his freshman year of high school, Brandan picked up a barbell. That simple decision launched a lifetime dedicated to health and fitness.

Now in his 30s, Brandan has found huge success in the fitness industry. He's an NPC competitor, a highly sought fitness model, and a Beast Nutrition sponsored athlete. He also has his own training and competition prep business, "Fokken Strong Training."

Success has only fueled Brandan's desire to be better. He's now gunning for an IFBB pro card in the physique category. With his hardworking attitude and dedication to achieving his best self, it's only a matter of time before Brandan nabs this highly prized award.

If you're looking for a role model, Brandan might just be the most positive, well-meaning guy on the market. Read on to learn more about Brandan's fitness story, his training regimen, and his nutrition and supplement plan!

Brandan Fokken works out to build muscle. If you've been struggling to reach your goals, his solid training program might be just what you need!

Nutrition is essential to fitness, but that doesn't mean your meal plan has to be complicated. Follow Brandan Fokken's protein-heavy nutrition program for a healthy mind and body!

Supplements are only effective when they're paired with great nutrition and solid training. Learn how Brandan Fokken folds his supplement plan into a full plan of whole foods and dumbbells!

His parents may have thought he was just playing at being a superhero when he wore capes and flexed for the camera, but Brandan's Superman dreams went beyond the fantasy.

"Nobody ever messed with heroes," says Brandan. "I wanted to be big and muscular like them, but things didn't really go the way I wanted them to." Small and skinny for his age, Brandan was the butt of a lot of jokes.

"I was a good athlete, but I couldn't gain weight and had a hard time getting strong. My body contradicted my athletic abilities and people gave me a lot of crap." Frustrated with his small stature, Brandan started lifting weights at age 15 and has been going ever since. 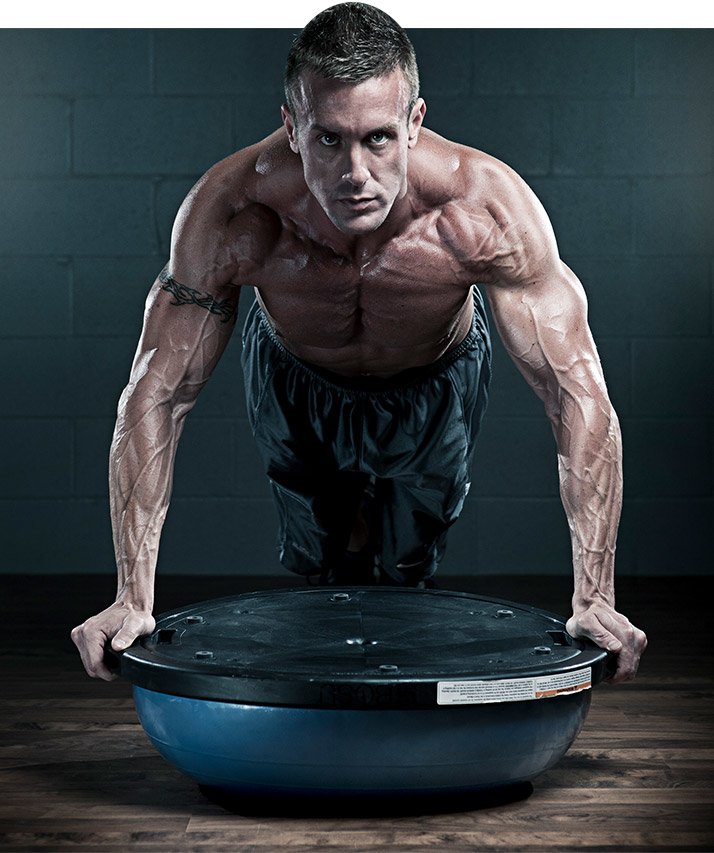 As he grew up and into a bigger body, Brandan had plans to compete but didn't understand what it took to get on stage. His friend challenged him to swallow his fear and compete. "So I did a bodybuilding show and after that I was hooked. I enjoyed the journey it took to get there and had a great time competing against my friends."

That initial show opened the gateway to Brandan's love of the stage. He's done well as a physique competitor, but Brandan also knows that his healthy lifestyle and competitive mindset have had many important impacts on his life. "I think that through training and competing, I've grown up a lot. I've learned a lot about myself, about dedication, about finding a goal and sticking to it."

He's also noticed the additional benefit of improved relationships. "Whether it's a relative, girlfriend, or friend, I work harder at the relationship. I have a work ethic that I didn't have before I started bodybuilding, competing, and living a healthy lifestyle."

Bodybuilding has also been transformative in the way Brandan motivates himself and others. "The most important, inspiring thing about being healthy is that I'm treating my body the way it's supposed to be treated. We're not meant to be overweight and slow. We're meant to be streamlined, fast, and strong."

Knowing the positive changes he makes to his body inspires Brandan to get up, work hard, and eat right. "I want to try to become a better me," he says.

Brandan says his love of fitness is infectious. "Other people see me and want to go on their journey, too. It's contagious; it spreads."

"I lift weights now because it's part of who I am," Brandan explains. "I've been doing it so long that I really don't know how to live another way. You can eat bad, but that doesn't make you feel good about yourself. Going to the gym, going after goals, eating right, and inspiring others makes you feel good. Fitness has become who I am, so I'll continue to do it."

Who is your favorite fitness personality and why?

The athletes have unique personalities and inspire countless people around the world every day. These people set the bar high. They motivate me to work hard and do great things, but also to give back to others and help them reach their goals.

What are your competition/physique goals for the upcoming year? How do you plan to achieve them?

I am working with my trainer, Ned Sacipovic. With his help, I am hoping to bring in a new and improved physique from past competitions. I am looking at the Chicago Jr. Nationals, where I hope to get my IFBB pro card. To achieve this goal, I am taking some time off to put on more size and develop my weak points.

What's your favorite lift and why?

I couldn't name just one, but a few of my favorites include standing dumbbell curls, triceps rope push-downs, leg extensions, lunges, incline hammer presses, hanging leg raises, dumbbell side lateral raises, and pull-ups. I love the way these exercises feel and what they add to my physique. 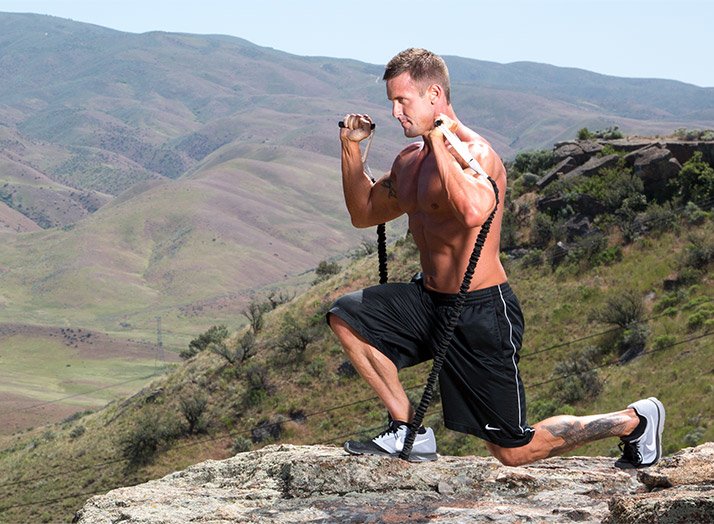 If you could offer someone who wants to look like you one piece of advice, what would you say?

I can't just give one tip. I think a lot goes into this lifestyle, and you have to do a lot of things to be successful!

Everything takes time. It took you time to put the weight on your body, and it will take time to burn it off. Set some realistic goals, and then set a big goal at the end. Enjoy each incremental goal that you achieve on the way to your big goal and celebrate those victories.

If you are having a hard time with the plan you are on, take a step back and re-evaluate what you are doing and make sure the plan is right for you. Your diet and workout routine should fit your goals. If they don't, change your plan.

Surround yourself with positive people who will help you along the way. Negativity will just bring you down and make it that much harder for you to achieve your goals. The people who criticize you are afraid of change. Your hard work and dedication make them feel like they have to change, and that's scary. Rise above that and work on you. You are the best investment you can make.

What are your favorite workout tunes?

I honestly don't listen to any music. I lose myself in my workouts and I'm a compulsive thinker. Usually, I am able to drown out the background noise and just focus on what I am doing and what I need to do in order to get the end results I want.