Looking for an undeniably healthy fat source that you can use for all types of cooking and baking? Look no further than the fat-burning, metabolism-boosting coconut!

I think we've made a huge mistake in America by trying to define the perfect diet solely in terms of protein, carbs, and fats. Endless diet and weight-loss books are written trying to come up with the perfect formula—this many carbs, this much fat, this percentage of protein—when in fact, the actual quality of the food we eat is way more important for our health than how well it fits into any simple category.

For instance, I once wrote an article for a major magazine where they asked me to write about superfoods you don't know about. I put coconut oil at the top of the list. The editor took it out because, she said, "Coconut oil has saturated fat." She wasn't the first, nor will she be the last, to say this. Ever since, I've looked forward to writing about coconut oil. I view its vilification as one of the greatest nutritional misconceptions of all time.

It's time to put this story to bed once and for all! The fat in coconut oil is among the healthiest fats in the world. It has the ability to help burn fat in people looking to lose weight, and is a fantastic source of energy for hard-burning athletes.

Don't fear the coconut. Open your mind to the treasures it contains!

The Tree of Life

The good news on coconut actually started with research back in the 1960s and 1970s, with a number of what researchers called "natural experiments." They designed a long-term, multidisciplinary study to examine the health of the people living in the small, idyllic islands of Tokelau and Pukapuka.1 Every meal for these communities was built around coconuts, harvested from what they called "the tree of life." They drank coconut milk and water; cooked the fleshy, fibrous coconut meat or ate it raw; and cooked all of their edible plants and seafood in naturally processed coconut oil.

These communities' diets were undoubtedly "high fat"—with between 35-50 percent of calories coming from fat, most of it saturated. Visiting physicians conjectured that the Tokelauans in particular may have had the highest documented saturated fat intake in the world. But the people themselves were definitely not fat. On the contrary, Pukapuka and Tokelau islanders were lean and healthy by any measure. They were virtually free of atherosclerosis, heart disease, and colon cancer. Digestive problems and constipation were rare. There were no signs of kidney disease, and high blood cholesterol was unknown. 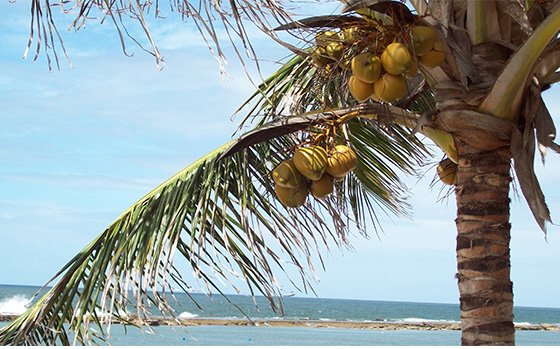 "Every meal for the Tokelau and Pukapuka communities were built around coconuts, harvested from what they called 'the tree of life.'"

It must have been tempting at first to conclude that these communities were healthy in spite of their high-fat diets, but some of the researchers saw that it was equally possible they were healthy because of their diet. All that changed, however, when these native people moved to nearby New Zealand and changed their diets to a more familiar Western model, and subsequently gave up eating coconut oil in favor of the refined polyunsaturated vegetables that were believed at the time be "healthier." Their incidence of heart disease increased dramatically. Obesity, along with its common companions—type-2 diabetes and gout—became common problems in their new homes.2-4

Were there other factors in play that contributed to their declining health? Undoubtedly. But even in 1981, at the height of America's low-fat, high-sugar obsession, researchers were clear-headed enough to conclude, "Certainly, there is no reason ... to alter the diet patterns of coconut-eating groups in order to reduce coronary risk." More than 30 years later, that advice holds true for the rest of us as well!

Coconut Oil, Then and Now

Once upon a time, coconut oil was the ultimate "bad fat" and was known to be used in trans fat-packed movie theater popcorn and other processed junk food. So is that type of coconut oil healthy? Definitely not! Here's the difference.

The only coconut oil worth your time and money is extra-virgin coconut oil, which is sold either as a supplement or in tubs for cooking, as a white or off-white crumbly paste.

The Magic of MCTs

Everyone's seemingly talking about healthy fats these days, and that's great. But with this sea change taking place, it can still be easy to think all fats fall into the same old categories of "good" and "bad." In fact, there are good fats, and there are great fats. The saturated fat in coconut oil isn't just healthy—it's special, and is far more deserving of the label "superfood" than plenty of other foods that get called that. 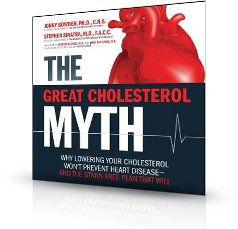 As I've written before, including in my book The Great Cholesterol Myth, the "evidence" against saturated fat is falling apart all over the place. Several major papers published in the last few years completely vindicated saturated fat as a culprit in heart disease.5 And even before the current coconut oil craze, high-level researchers such as Dr. George Blackburn at Harvard Medical School and former U.S. Surgeon General C. Everett Koop rightly espoused the view that tropical oils like coconut oil deserved exemption from the anti-fat crusade.

What makes coconut oil so special? More than half of the fatty acids in coconut oil are a particular kind of saturated fat called medium-chain triglycerides (MCTs). These are common in some mammal's milks—including human breast milk, to a small degree—but they're rare among plants, and coconuts are by far the best commercial source. MCTs are metabolized in the body differently from other saturated fats. They're rarely stored as body fat; rather, the body prefers to use them for energy, almost like carbohydrates, although they don't raise blood sugar the way carbs do.

Their uniquely high level of bioavailability makes MCTs a common sight among bodybuilders' supplement stacks during a "cutting up" phase; they need the calories for energy, but they don't want to put on any excess fat. Endurance athletes similarly use MCTs during training or competitions for quick energy. They're also a popular energy source for athletes on high-protein, low-carb diets, since your body converts certain types of MCTs into ketone bodies, which your brain and body can use for energy in lieu of carbs.

A Fat-Burner For The Rest of Us 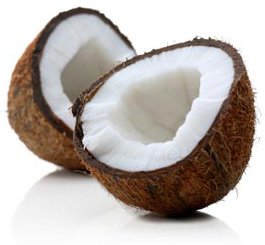 Coconut oil is definitely one nutritional tool whose usefulness isn't limited to elite athletes. One study in the "International Journal of Obesity and Metabolic Disorders" found that the MCTs in coconut increased fat-burning and calorie expenditure in obese men and also led to diminished fat storage.6 Another study in the same journal found that consumption of coconut oil fats over the course of 27 days increased both fat burning and calorie expenditure in women as well.7 However, these studies used a high percentage of calories as MCTs—30 percent of total calories in the latter study—an amount which is hardly practical for most people.

Nonetheless, there seems to be something to the idea that coconut oil, with its rich concentration of MCTs, can increase fat burning and calorie expenditure, especially if MCTs replace other fats in the diet, such as safflower oil, soybean oil, and other typically high omega-6 vegetable oils. (No one suggests that they should replace omega-3s!) Researchers writing in the "Journal of Nutrition" called MCTS "potential agents in the prevention of obesity," noting that they increase feelings of fullness and can assist with weight control, particularly when used as a replacement for other oils.8

But what about using it as a weight-control supplement? In a study published in the journal "Lipids," 40 women aged 20-40 years old with abdominal obesity were given daily dietary supplements of either soybean oil or coconut oil over the course of 12 weeks.9 All subjects followed a "balanced" diet with the same number of calories and were told to walk for 50 minutes daily. By the end of the study, the coconut oil group had significantly higher HDL ("good") cholesterol and an improved LDL-to-HDL ratio. Meanwhile, the soybean oil group saw their HDL go down and their cholesterol ratio go up!

Great, right? But here's the nut: While both the soybean oil group and the coconut oil group had similar reductions in BMI, only the coconut oil group saw a reduction in the circumference of their waists. A very interesting—and unexpected—finding was that people consuming the coconut oil also spontaneously reduced their consumption of carbohydrates and increased their consumption of protein and fiber over the course of the study. The researchers concluded, "Supplementation with coconut oil does not cause dyslipidemia (elevated cholesterol or fat in the blood) and seems to promote a reduction in abdominal obesity."

While there aren't a lot of studies testing coconut oil specifically for weight loss, the studies that have investigated its effects on metabolism clearly indicate that coconut oil can be a valuable addition to the diet of people trying to lose weight. If there's a downside to making it a regular player in your fat source rotation, I have yet to see it! 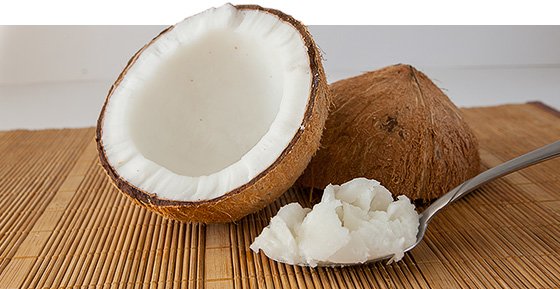 "Studies that have investigated coconut oil's effects on metabolism clearly indicate that it can be a valuable addition to the diet of people trying to lose weight."

What do I do with it?

It's hard to make a specific recommendation on how much coconut oil to use as a supplement. Sally Fallon of the Weston A. Price Foundation suggests 1 tablespoon with every meal. The women in the Brazilian study were taking about 2 tablespoons' worth daily. Both are reasonable starting points. Me? I prefer to cook with it.

Coconut oil is particularly good to fry or bake with because it has a high smoke point of 450° F, and a low degree of oxidation, meaning it resists the kind of damage from rogue oxygen molecules known as free radicals. This is one of the many advantages of using saturated fats for cooking: They don't spoil nearly as easily as vegetable oils.

As vegetarian and vegan bakers can attest, coconut oil is also the premier butter substitute if you want to make healthier versions of cookies, cakes, and breads which retain that buttery texture and taste.

I use it for everything, including sauteing vegetables and making eggs, either on its own or in combination with butter. If you're used to tasteless oils like vegetable oil or safflower, the slight nutty taste of an extra virgin coconut oil like Barlean's might stand out at first. But stick with it, and you'll find it imparts a terrific flavor to all types of dishes.

Sure it's as high in calories as any fat, but as part of a calorie-balanced diet, it definitely deserves its growing reputation as a heath superstar. And it just may have the additional benefits of increased fat burning, calorie expenditure, and reduced hunger.

Melt the oil and butter in a large skillet over medium heat. Add apple and cook, stirring occasionally, until the apples brown lightly or turn translucent, about 4-6 minutes. Add spinach and cook for 1-2 minutes until it begins to wilt. Pour egg over all and stir to mix well. Sprinkle in turmeric, pepper, and salt, mix well, and continue to cook until eggs reach desired doneness.