How Bodybuilding Can Help You Manage Celiac Disease!

Gluten has become a hot topic lately and this protein has been given a bad rap. Gluten is the center of attention for people with celiac disease... Learn more.

Gluten has become a hot topic lately and this protein has been given a bad rap. Gluten is the center of attention for people with celiac disease, a disease that is more common today than it was 50 years ago.

What Is Celiac Disease?

Celiac disease is an autoimmune genetic disease that affects the digestive system leading to damage in the small intestine and malnourishment. The symptoms of celiac disease arise when gluten, a protein found in the grains wheat, rye and barely, is consumed. 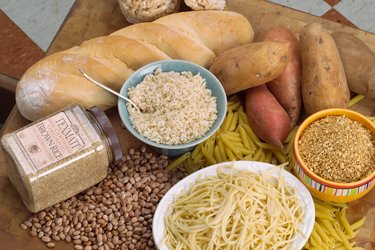 Click Image To Enlarge.
The Symptoms Of Celiac Disease Arise When Gluten, A Protein
Found In The Grains Wheat, Rye, And Barely, Is Consumed.

More than 2 million Americans (1 in 133 people) have celiac disease and yet only an estimated 5-10% of those living with this disease are diagnosed. Why? Many people live with this for years because they are misdiagnosed or living with few to no symptoms.

The symptoms of celiac disease are vague and differ from person to person. Digestive symptoms are more common in kids and infants whereas adults are more likely to have other symptoms. Symptoms may include:

Complications from celiac disease may include osteoporosis, anemia, cancer and nutrient deficiencies.

Gluten can be found in:

How Bodybuilding Can Help You Manage Celiac Disease

There is only one treatment for celiac disease - a strict gluten-free diet. Even small amounts of gluten can cause damage to the small intestine. Luckily, bodybuilding can help you manage a gluten free diet with ease. 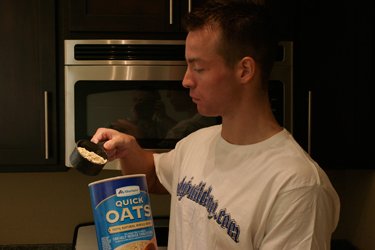 Click Image To Enlarge.
To Avoid Gluten You Have To Know Ingredients And Also Be Aware
That Many Foods May Be Cross-Contaminated With Gluten.

There is no cure for celiac disease. Instead, a strict gluten-free diet must be followed. If you think you may have it, it is important not to self-diagnose.

Instead, get tested. Doctors typically test for high levels of the antibodies tTGA (anti-tissue transglutaminase) and EMA (anti-endomysium antibodies). They may also take an intestinal biopsy.

Though you cannot cure celiac disease, there is a treatment and the bonus is this treatment requires no medicine! It does require a strict gluten free diet but, as a bodybuilder, you are used to maintaining a strict diet right?

Now you just need to ramp up your food sleuth skills. And think of it this way - at least you have a "valid" excuse when friends moan about why you can't eat certain foods at restaurants.