Leading fitness model Steve Cook believes training should be done with a smile on your face. If you're not enjoying yourself, you're simply not doing it right!

If you're into fitness then the name Steve Cook should resonate with you already. Pick up any respectable fitness magazine in the world today and it's unlikely you find a copy without a picture of his smiling face and ripped torso stirring back up at you.

In 2013, he solidified his place as arguably the planet's most sought-after fitness model. Steve Cook has the physique most fitness enthusiasts aspire toward, with a soaring international fan base, a list of blue-chip corporate sponsors, and more photo shoot requests than half of Hollywood.

But what makes Cook tick? What are the training philosophies of the professional fitness model and men's physique bodybuilder? TRAIN traveled to his home town of Boise, Idaho, for a week of training with the fitness icon. We discovered an athlete who is only getting started with his athletic aspirations.

Born in the middle of a family of seven children, Steve excelled at sports growing up. Cook was already in great shape after a childhood that was built around a training rewards system, like being able to watch TV after he'd finished his daily push-ups! He played football in college and eventually graduated with a degree in Integrated Studies (biology/psychology).

Steve maintains that those early training memories, instilled into him from his father, are the key to staying in shape today. Cook insists that getting the basics right, no matter what your fitness level, offers the key to a healthier, fitter lifestyle, especially if your gym visits aren't as frequent as you may wish.

"As long as you stick to the basics then you won't go far wrong," Steve says. "Things like bench press, squats, deadlifts, pull-ups, movements that work a lot of muscle groups. If people reading this can't get to the gym as much as they'd like, then at least make sure you do the compound exercises. 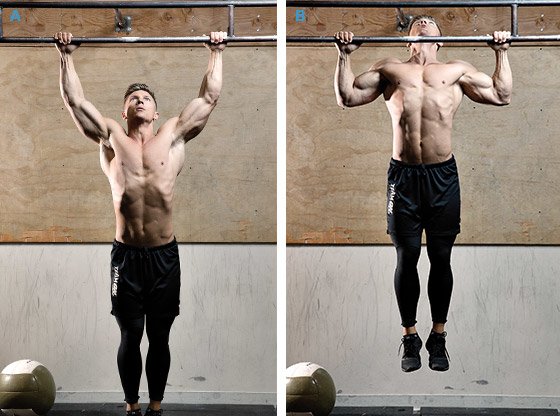 "The basic stuff, like deadlifts, that works the back, core, legs and shoulders are essential. By sticking to those types of movements you'll see the biggest results."

Focus on your own goals and achievements matters most, states the IFBB pro men's physique competitor. Allowing someone else's achievements or performance to cloud your own aspirations is a surefire way to stunt your growth.

"If you concentrate on your progress and getting better from month to month then you will be satisfied. The minute you start comparing everyone else's best features to your worst features you're in trouble. I've been there myself in the competition world when I've felt like crap because I may not have felt like I was lean enough or big enough.

"The best advice I can offer is to focus on yourself, focus on your goals and achievements, and don't allow anybody else's progress and scupper your fitness plans."

Cook doesn't see his own fitness potential as a job, however, but more of a lifestyle. He doesn't stereotype himself as a professional bodybuilder, rather as more of a full-time athlete, a guy who through commitment and training has provided himself with an opportunity to live his life the way he wants.

Sure, it's through conventional bodybuilding that he has found himself in the public eye. But Cook's training regimen is so much more than pumping iron. He lives for new challenges, is determined to try anything at least once, and embraces all forms of exercise, including CrossFit.

The strength and conditioning training phenom has stormed the planet in recent years, but along the way he noticed a divide between traditional bodybuilding practitioners and a generation of CrossFit devotees. However, Cook insists there's plenty of space on the planet for both to not only coexist but even embrace one another's core values.

"There is a big issue between bodybuilders and CrossFitters, and I think there's negativity on both sides," Cook says. "CrossFit people say that bodybuilders don't have functional muscle, while bodybuilders say that CrossFit is just a surefire way to get injured. But I don't see why there has to be such disconnect.

"Obviously, there are bodybuilders out there who fit the stereotype of not being athletes, just concentrating on isolation movements that don't really do anything in regard to functionality. At the same time, there are also CrossFitters who really don't know the technique of the lifts they are doing. But stereotyping is dangerous. 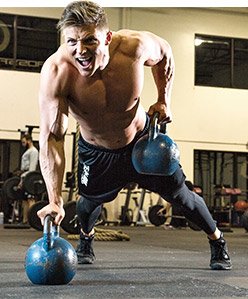 "Whether you are a CrossFitter or a bodybuilder it should always just be about improving your life."

"I like to lift to be a better athlete and to live healthier, but yet I also like to lift to look better too . It should all just be about health. Whether you are a CrossFitter or a bodybuilder it should always just be about improving your life. And so if I can do both and have fun doing it, as well as make progress in looks and performance, then I'm a happy guy."

So, does this mean we may even see him compete in CrossFit arena one day in the future? "I wouldn't mind giving it a go," Cook says. "I'm the type of guy who likes a new challenge. I've got my pro card and I've competed on the Olympia stage and while I'm not saying I am done doing that, I am also starting to look for something else to push my body.

"When you are a bodybuilder, and you've competed on the stage, it's easy to become depressed after a competition because you look back and you know that you're not going to look as good as you did on the stage. So now you're back in the gym and what are you striving for, to get bigger and leaner for next time?

"What I want to do is concentrate on other goals, so I'm not obsessed just with how my body looks. I really want to look at what my body can do, and that means improving all of my best lifts through the winter. It means improving my cardiovascular system too, and getting my mile time down or going swimming more.

"And by having more performance driven goals it keeps me from getting bored with my training, and that's really something everyone can take from my own experiences. Nothing beats training with a smile on your face."

Training happy is the key to keeping Cook interested. While he'll happily play around with different exercises and programs in the gym, outside of it he's even more adventurous.

"I like trying new things for sure, and there's no better opportunity to try new ways to work out than when you're on the road," Steve says. "Of course when I compete I want to be the best and I enjoy being good at something, but I also want to try everything and anything I can. There is no better feeling than taking something you're not too good at and making it your strength.

"I'll do yoga, I go trail running, I enjoy getting out into nature especially. I enjoy getting out of the gym, opening my mind to new experiences and really living life. It's actually as much a spiritual thing as anything else. What better way to work out than swimming in the ocean or surfing. I grew up in the mountains in Idaho so using my surroundings to stay in shape is too good an opportunity to miss. 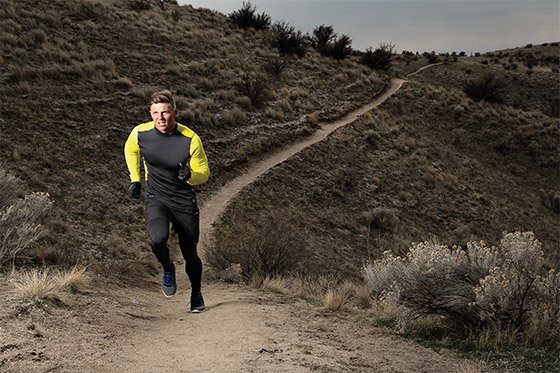 "Recently, I was over in Hawaii so I went surfing, ocean kayaking, I was running on the beach, standup paddle boarding. And this is on top of going the gym for 45 minutes every day too. And it's all because I wanted to experience things I could only experience in Hawaii.

"There's no better way to start your day than doing something active. And then you don't have to worry about all the little details of what you are eating, because you're being so active and burning off everything anyway. There's no such thing as the wrong cardio, in my opinion. As long as you're enjoying it, then that's it."

And right now Steve is training with a smile on his face. He's living out of a suitcase, and has spent only around a week or two out of the last few months actually at home in Boise, due to demands for his time. But he wouldn't have it any other way.

"I was actually talking with my sister on the phone just the other day and complaining to here that I was travelling so much," Steve says. " But she's a nurse back in Idaho where its five degrees and here's me complaining while sitting in my shorts on a beach in Hawaii, so she helped me put things into perspective that's for sure. Hotel rooms and airports are a drag, but I wouldn't have it any other way." 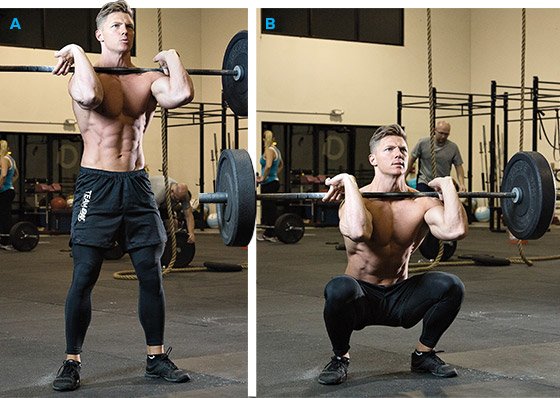 As for his conditioning? "Right now I'd like to incorporate a lot more strength movements into my training, and do CrossFit at least once or twice a week too," Steve says. "Trying out more of the Olympic lifts and concentrating on getting stronger are really the main focus in the off-season.

"But I've been doing so many photo shoots that I've actually had to stay pretty lean this winter so my training has been a much quicker pace. I've been doing a lot of supersets, lots of dropsets, with not a lot of rest periods in between."