Ask The Master Motivator: How Can I Stay On Track After An Injury?

Injuries are unfortunate hurdles, but they shouldn't be permanent setbacks. Learn how to get back on track, accept the past, and move toward future greatness.

Q
"I used to lift heavy and crush cardio, but I got in a car wreck last year and have been on a downward motivational slump ever since. Any suggestions?"

An injury is one of the easiest ways to derail your fitness goals. It's about as good of a reason—or excuse—for not pursuing your goal as any. In fact, it's better.

When you're injured, people will hesitate to push you or tell you to man up. They're more likely to baby you and feed into your sense of self pity.

That's when you need to make the decision to pick yourself up, dust yourself off, and hit the gym even harder than before.

First, you need a plan of attack. Follow the tips below to rebuild a solid foundation and regain the strength you need to hit the gym, hard.

Ditch the 'Woe Is Me' attitude. I know this might sound harsh but, when you're looking to get back on the horse (or the weight machine), you're going to have to break free from self-pity. No one can help if you're the one holding yourself back. And, believe me, I know how hard it can be to separate yourself from what's happened.

When people learn of the horrible accident I was in, they can hardly believe it. They seem amazed that I was able to build myself back up, despite all of my injuries. Trust me, I understand the feeling of a task being so insurmountable that it leaves you downright depressed. I know what it's like for that light at the end of the tunnel to be a mere flicker.

The key to breaking free is seeing a bigger picture. 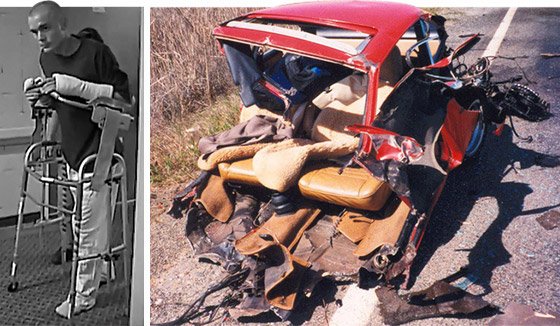 "When people learn of the horrible accident I was in, they can hardly believe it."

One day, when I had sunken into a pit of self-wallowing, a nurse told me about a man in the next room who'd been there for month. For him, day-to-day tasks that we all take for granted would never be the same again. He was never going to be able to brush his teeth or wash his hair. Yet here I was complaining about having to learn to walk again. At least I could walk.

The easiest thing to do to gain perspective is to watch and listen to other people's stories. Go on YouTube or check out charities like Shriner's Hospital for Children. When you see a child with amputated legs playing basketball, wrestling for his high school, or riding his skateboard, you may well start to change your tune.

Tip 2 Choose To Work Past It

For me it was tough. My first week in the hospital was filled with days of self-pity and alienation. The road to recovery seemed so bleak. Fitness had been a cornerstone of my identity, and I was physically broken.

For me, moving on meant realizing that the past was the past, that my path had changed. Instead of mourning what was lost, I celebrated the new opportunities that lay before me. 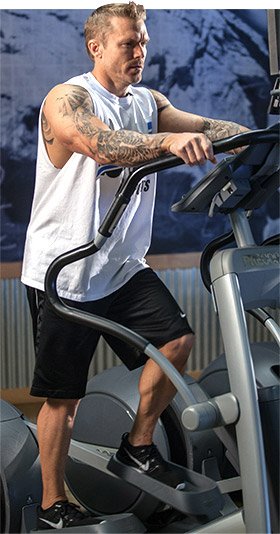 "When I decided to start running again, I didn't start by lacing up my sneakers and hitting the trail."

"Can't" has no place in my vocabulary. One of my favorite quotes is an old one by Henry Ford that says: "Whether you think you can or can't, you're right." In the end, it's all about choice:

After an injury, it's not about what you can't do; it's about doing things in new ways, if necessary. After my accident, running became painful—no, excruciating.

Every time I tried it, I thought, "That was dumb. I shouldn't have done that. I should have known my limitations." But, the truth is, I could run. I just needed to learn how to take progressive steps instead of jumping right in.

When I decided to start running again, I didn't start by lacing up my sneakers and hitting the trail. Instead, I started by going to physical therapy, taking supplements for joint and scar tissue health, and foam rolling. This prep work was necessary.

The same effort you put forth toward a fitness program, or the commitment you display to a nutrition plan, is also needed for overcoming an injury. Discipline is the key.

Setting a goal helps you have a good reason to get up and at 'em.

In December 2014, I decided to run a timed mile to raise money for Shriner's Hospital For Children. Now, I'm motivated and train daily. After 15 years of not running, my goal is to finish in less than six minutes.

I've got all the reasons in the world why I shouldn't be able to accomplish it. But I'm motivated. If you find a good-enough reason, you'll be committed to doing whatever it takes to achieve it.

Find your inner warrior and look for that next challenge; relish going up against adversity. I challenge you to find that inner warrior, overcome your hurdle, and battle back.

When I decided to jump back on the fitness bandwagon after my accident, I created a plan. If I needed help, I called on people who I knew could assist me. A friend who's a former Olympic athlete put together a running program for me. Doctor friends suggested physical therapy exercises. With their help, I put together a whole regimen. 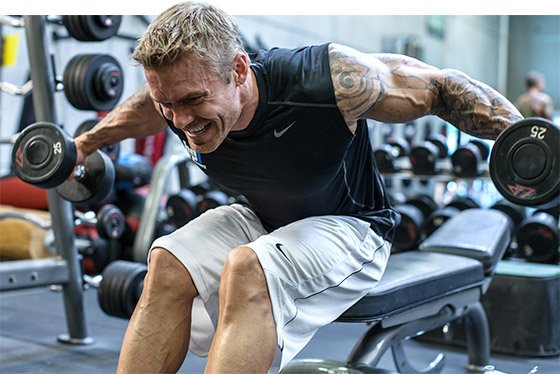 Instead of being discouraged that you couldn't follow the same exact plan you were following before your injury, regroup. Create a new plan for yourself.

Instead of being discouraged that you couldn't follow the same exact plan you were following before your injury, regroup. Create a new plan for yourself. Work around the injury. Life happens, and sometimes you must adjust.

Nobody wants to suffer an injury, but injuries have a strange way of showing us what we're made of. Take the right approach, and you'll emerge a better, stronger person.

How Can I Stay Pumped For A Late-Night Workout?

With all the things that come up in a day, evening workouts can sometimes get lost in the mix. Learn how to stay on track and push through any workout, no matter the time of day.

BPI Sports co-founder James Grage survived a devastating car crash and rebuilt a competition-worthy physique against all odds. This is his story.

James Grage is the Co-Founder and Vice President of BPI Sports. He started training at age 15 and built an impressive body for sports.