While the low-carb diets get shouted from the rooftops, intermittent fasting has been slowly gaining popularity. Find out how these two vanguard dietary schemes stack up!

Low-carb diets seem to be king of the hill at the moment, but I've been hearing a lot about intermittent fasting lately. Which is a better fat-loss diet?

This is a great question. The two approaches are more similar on a biochemical level than most people would think. Both are low-insulin diets, meaning they provoke a minimal insulin response from your body. Both also qualify as demanding diets, because they're in dead contrast with the way most people eat and can require a drastic change in eating habits and priorities.

Let's break down the difference.

For clarity and comparison, I'm going to talk about very low-carb diets (VLCD), which could also be called a ketogenic diet. This type of low-carb diet contains less than 50 grams of carbohydrates per day. 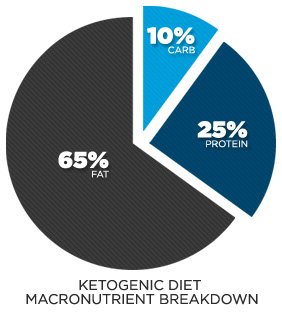 The macronutrient breakdown of a ketogenic diet generally looks about like this:

In a VLCD like this, fats provide energy, because they don't have the same hormonal impact as carbs. If anything, dietary fat can help accelerate the body switching from using carbs as a primary fuel source to using fat.

As you can see from the macronutrient breakdown, protein is slightly reduced from the traditional 30-40 percent often used by bodybuilders and dieters. This is because protein is insulinogenic and can interfere with the onset of ketosis, a state in which your body is cranking on fat as the primary fuel source.

However, even at this reduced level, the standard VLCD model provides adequate protein to preserve muscle tissue during weight training, while also stimulating protein synthesis throughout the day. This is one advantage that VLCD has over fasting.

When looking at total protein synthesis over the course of the day, you get a greater effect by spacing out your protein intake, as with a VLCD, as compared to eating a majority of your protein in one sitting, as is the norm with many intermittent fasting protocols. 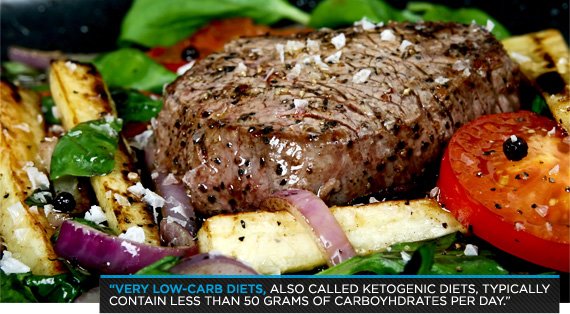 Fasting has one potential over VLCD: It is connected with cellular autophagy. This is when your cells have to scavenge for fuel, and as a result they empty the cellular cupboards, consuming aging or damaged cellular parts and waste products. This "spring cleaning" process converts old cellular trash into amino acids, the building blocks of protein.

Autophagy is an important and necessary biological process which is accelerated by fasting. Even short-term fasts can spark cellular autophagy, though it's not sure how many hours it takes for the process to begin for any given person. That said, the role and impact of fasting-induced autophagy on general health and fat loss has yet to be determined, so I honestly can't point to any acute benefits it could provide.

Cellular "housekeeping." The process of self-digestion by a cell through the action of enzymes originating within the same cell. Ensures the syntheses, breakdown, and recycling of cellular components.

I recommend my clients using a VLCD rather than fasting. My interpretation of the science is that due to the consistent, repeated stimulation of protein synthesis that you get with VLCD, it is a superior approach when looking at overall improvements in body composition. However, if executed properly, both these systems should result in similar fat loss. The key when choosing a VLCD or fasting is to decide which will enable you to execute most consistently and efficiently in your lifestyle.