War Of The WODS: How Hard Could CrossFit Be?

It's easy to lob insults at new trends without trying them. This lifter and police officer put his body on the line and faced three tough CrossFit workouts!

Last August, I was presented with the opportunity to compete in the annual Nevada Police & Fire Games, held each summer in Las Vegas. The competition brings in more than 2,000 competitors and offers more than 30 events. I love to compete and hadn't been to Vegas in a while, so I jumped at the opportunity. But what was I to compete in? I love throwing myself at big challenges so this was an important choice.

I looked over the list of about 30 events, covering everything from volleyball to bass fishing. Right away, I eliminated all the team sports, because I'm a one-man wolf pack. There were several shooting events, but I don't want to deal with the hassle of bringing a firearm on a plane. I like boxing, except for the whole getting punched in the face thing. If I wanted that, I could get it during my workday. I could probably put up a decent time in the 5K road race, but this was Vegas in August, and honestly, I hate running. Poker? Not a sport. Darts? Drinking game. Bowling? Lame. 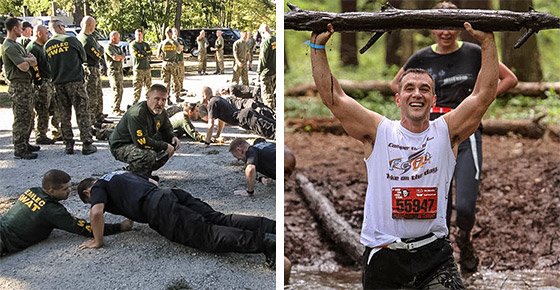 "I was presented with the opportunity to compete in the annual Nevada Police & Fire Games, held each summer in Las Vegas."

My event had to be a strength event. The powerlifting and bench press competitions seemed up my alley, since I've competed many times in the bench press. However, my shoulder is now junk and it wouldn't stand up to the heavy weights I'd need to train with to prepare, so those were both out. I've got a lot of experience in submission grappling, but again, the shoulder. I envision my entire arm being ripped off my body, thrown though the air, and sliding across the mat. That would be embarrassing.

The list was quickly dwindling, but then my eyes locked on a word: CrossFit! I've never done it before, but I know it's about performing a bunch of exercises, one after another, until you get tired. And easily half of the people I see doing CrossFit are girls. How hard could it be?

The director of the CrossFit event sent out an email stating the competition would consist of 3 WODs (CrossFit talk for "workout of the day"), but he wouldn't divulge which exercises would be involved until a few days prior to the event. I wasn't really concerned, because I'd been through plenty of grueling SWAT workouts, and in 2012 I competed in six obstacle races including a Tough Mudder and a Spartan Race. The way I saw it, there was no need for me to change any of my training leading up to this event.

Just prior to me leaving for Vegas, the WODs were revealed. It seemed like a pretty long list of exercises, but I recognized most of them. I knew that burpees would be included. I could only imagine what "thrusters" and "rack jerks" were, but when I Googled them, they were nowhere near as dirty as I envisioned. I noticed wall climbs on the list, too. I think wall climbing is a blast, and even if you fall, the guy holding the rope just lets you down nice and slow. Everything was shaping up for a fun day at the CrossFit "box," with me happily getting my sweat on. 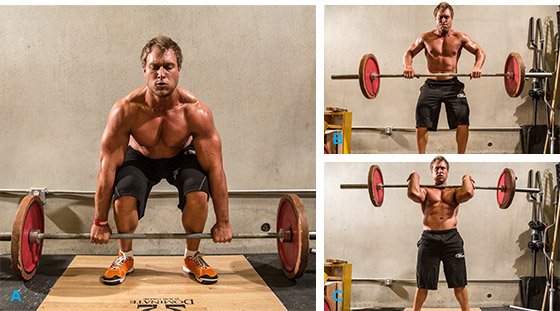 "The first WOD was called a 'barbell ladder'."

On the day of the competition, I arrived at Sin City CrossFit at 8 a.m. It was already 107 degrees, but it was a dry heat. I looked over the competitors. Most of them were impressively muscular, covered in ink, and they looked like they could kick my ass. The guys were equally scary.

The first WOD was called a "barbell ladder." It consisted of a barbell clean, front squat, push jerk, back squat, and rack jerk. Each time you could complete the process in less than 60 seconds, you could move up to a heavier barbell. Thankfully I had guidance though this event or I may have snatched when I should have jerked. In any event, after the fifth barbell my shoulder threw in the towel. I thought it was a wise decision to stop, considering I still had a long day ahead of me.

The second WOD began with a 1,000-meter sprint, out on the road in the blazing sun. By the time I got back to the box, even my fingernails were sweating. We then performed as many barbell thrusters as we could fit into one minute. Then Mr. Microphone would yell "Burpees!" and we would all drop down, do a burpee, jump over the barbell, do another stupid burpee … and another … and another. We then continued doing thrusters for another minute.

This whole process went on for a full 20 minutes. I found myself pondering the inventor of the burpee, Dr. Royal H. Burpee. I was pretty sure he was a "Royal" A-hole with no friends. But I broke out of my reverie at about minute 18 when I saw this poor bastard sprawled out on the mat to my left. He was lying in a puddle of sweat, and his eyes were rolled back in his head. It seemed pretty clear to me he was either dead or pretty close to it. I mentally messaged him, "Hold on two more minutes buddy, and we can walk into the light together." Nevertheless, I refused to quit before time ran out, and somehow I survived to see WOD number 3.

WODs to the Wall

Prior to the final event, we all had a little pre-WOD snack called a "70-calorie row." This was performed while on one of those rowing machines where you use your whole body to repeatedly pull a handle, like you're trying to start a lawnmower that's out of gas. I figured I could burn through 70 calories in a few seconds. Four minutes later, I was gasping for air like a goldfish on the kitchen counter. It seemed ridiculous to me that it took all that work just to burn the equivalent of one nacho cheese rice cake. 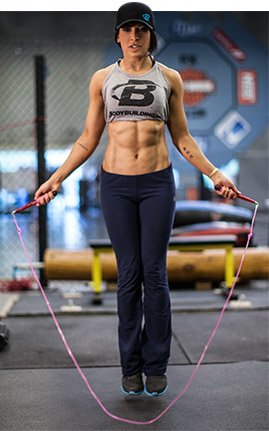 Finally the third WOD was before me, and the end of this torture was in sight. Here's how it looked:

Unfortunately, the wall climbs weren't the type I had hoped for. As it turned out, I was supposed to start by lying on my stomach with my feet against the wall. Then I had to use my hands to back up, while my toes simultaneously walked up the wall, until I was in a completely vertical handstand with my chest touching the wall. If you think that sounds like a real ball-buster, you are correct!

At this point in the competition both my shoulders were completely spent. I barely managed to complete one wall climb, and the event time was running out. Those power cleans were looking pretty doubtful, and I wasn't feeling all too bad about skipping them when the final buzzer sounded, signaling the end of the day.

The spectators cheered and clapped, but very few competitors had any energy left for celebration. I was a beaten man, and I felt disappointed in my performance. In case you're still wondering, no, I didn't win. CrossFit won.

In the ensuing days, I experienced the worst delayed onset muscle soreness of my lifetime—and I say this as a connoisseur of DOMS. My entire upper body was so sore I felt physically ill, and I couldn't raise either hand above my head.

The pain finally dissipated after a full week. Had I been a hardcore CrossFitter who trained with these movements on a regular basis, I'm sure the soreness would have been far less, but I doubt any competitor felt "fine" the following day. And while I liked the challenge and camaraderie of the long day, I don't have any plans to join my local box just yet.

So as penance, I'll say it: Yeah, CrossFit is tough. CrossFitters are tough. And no, you probably can't do what they do, at least not right out of the box, so to speak. Entering that competition wasn't the brightest idea I've ever had, but luckily, bad ideas make for good stories.