In the last few months, I've introduced the concept of undulating Periodization as it applies to bodybuilding programs. This month is the final stage of the program.

In the last few months, I've introduced the concept of undulating Periodization as it applies to bodybuilding programs. This month is the final stage of the program.

Altogether you should have the makings of a fourteen to twenty week, results-by-design, not by coincidence training program. 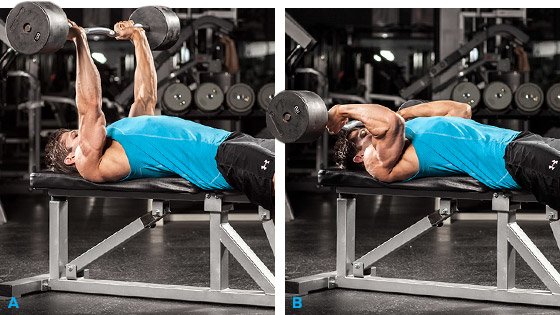 During phase three we move back to a two way, upper and lower split, with abs trained every workout. The set and rep range again changes, just be sure to follow the routine in the order they are written.

A question I've been asked repeatedly by you, the readers has been - what do you mean by Tempo? I apologize for not having answered this before:

Tempo refers to lifting speed. The first number is lowering, the second is pausing in the bottom position, and the third is lifting. So a 422 tempo would be a 4 second lowering, a 2 second pause and a 2 second lift. If the letter X appears - it refers to eXplosive - go as fast as possible.

The undulating Periodization models are unique in that they "violate" the traditional models for designing programs. It's almost a non-program when you look at it, but when you try it and see the superior gains it offers, you'll soon start thinking outside of the box, and begin looking for more alternative programs.

For the past sixteen years, Alwyn Cosgrove has been committed to achieving excellence in the field of fitness training and athletic preparation.