Last time we exposed you to an entirely new way of training. The premise remains the same - over the eight weeks you'll hit each and every exercise a total of eight times - BUT you'll only repeat the same sets and reps once.

Last time we exposed you to an entirely new way of training. To briefly recap - the body adapts to any given workout in as little as four to six exposures. But get this - it adapts to the rep range the fastest and the choice of exercise the slowest. So we can continue to make progress on several exercises as long as we change the rep ranges regularly.

With the undulating Periodization program, we adjusted the rep ranges EVERY single time we hit that body part. So in effect, over a three week period, we only repeated each workout once, even though we hit each body part twice a week.

This time we go one step further. We make some additional changes this phase - moving to a three day per week routine on a 3 way split - upper body horizontal, upper body vertical and lower body. We also use four rep ranges in phase two - makes it a little more confusing but a LOT more effective.

The premise remains the same - over the eight weeks you'll hit each and every exercise a total of eight times - BUT you'll only repeat the same sets and reps once. Quite simply - your body won't know what's hit it - and it will adapt by making you stronger, bigger and leaner.

So for example: workout one in upper body horizontal: Do all the exercises in order, but the sets and reps will be 6 sets of 3. The following week you'll return to the same exercises, but you'll be hitting them for 2 sets of 25 reps each (make sure to adjust your weights accordingly!).

So each week we'll do upper horizontal, lower body and upper vertical in order, but every time you show up to train - it's a whole new series of sets and reps. Need a little more clarification? Let's check out the workouts... 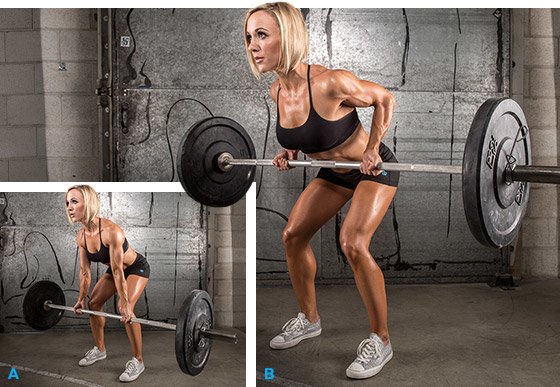 So make sure you've done part one for at least three to six weeks before you begin phase two. We will continue this routine for another 8 weeks - the new split routine and the introduction of FOUR new rep ranges means that the possibility for growth is endless.

For the past sixteen years, Alwyn Cosgrove has been committed to achieving excellence in the field of fitness training and athletic preparation.