Biotics: The Secret to a Healthy Gut

Keeping your digestive tract on track is the cornerstone of good health and optimum performance.

Gut health and leaky gut have received a lot of attention over the past two decades, with thousands of research articles demonstrating links between the health of the digestive system, mental health, and all kinds of chronic diseases. Understanding what's going on inside our digestive system can often provide answers as to why we may not be functioning at optimal levels. After all, this is where we absorb the nutrients that provide the building blocks for muscle, bones, tendons, and ligaments, as well as the energy for all our organ systems to function.

You may have heard the phrases, "It all starts in the gut," and, "You are what you eat." A more accurate statement would be, "You are what your gut microbiota eat," as microbiota produce many important chemicals and metabolites for various metabolic processes from the food you eat. There's no doubt that keeping the gut healthy is the cornerstone of good health and optimal performance.

The microbiota are the actual organisms found in ecological communities in the gut. They include bacteria, viruses, fungi, and parasites. In a healthy gut environment, these organisms will be predominantly commensal, meaning that they are just part of the natural gut community, contributing their bit. Commensal organisms are responsible for important functions, such as increasing or decreasing calorie yield from food, supporting a healthy immune system, detoxifying toxins and hormones, and making nutrients such as CoQ10, folate, vitamin B12 and vitamin K. Even so, it is important that they remain in the correct balance. When they're out of balance, some of them can also be pathogenic, contributing to disease and/or gut symptoms that many people suffer from.

The human microbiome includes all the different microbiota, as well as the environments where they reside, such as inside the digestive tract or on top of the skin. Many things can affect the microbiome and gut health, and most of their names are forms of the adjective "biotic," which means resulting from living organisms.

Let's look at the most common ones:

Not much explanation needed here. Antibiotics are medicines designed to kill bacteria or prevent them from reproducing anywhere in the body, depending on the type of antibiotic and method of delivery. They have been instrumental in saving many lives when people were suffering from serious bacterial infections. The word "antibiotic" is not exclusive to drugs, though, with anything having the ability to kill bacteria considered to be an antibiotic or to have antibiotic-like activity. Antibiotics are only effective against bacteria, not viruses. An antibiotic will not help you with the flu.

Not everything that comes with the success of antibiotics is a positive. Negative effects include the indiscriminate killing of some species of bacteria and changing the composition of the gut microbiota, causing mitochondrial dysfunction and even failure of mitochondria.[1,2]

Mitochondria are the little factories inside cells that regulate immune function and provide energy by burning fat and carbohydrates. But mitochondria themselves are ancient bacteria left over from a previous endosymbiotic event, which means that they are just as much affected by the use of antibiotics as the bacterial infection the antibiotic is intended to kill. The types of bacteria killed by a specific antibiotic will include beneficial bacterial organisms, which is not ideal.

The overuse of antibiotics in both humans and animals has contributed to increased bacterial resistance and a need to look for future ways of controlling bacterial infections successfully.

Probiotics are live microorganisms that may have health benefits if the correct strains are taken in adequate amounts, based on your individual gut microbiota and specific needs.[3] They are commonly prescribed or recommended after the use of antibiotics in an attempt to replenish bacteria that may have been killed off. Probiotics are available as commercial formulas in capsule or powder form, but you can also get them in fermented foods that have not been pasteurized, such as sauerkraut, miso, tempeh, tofu, yogurt, and kefir.

Keep in mind that humans have 1,000-3,000 different species of bacteria in our natural gut microbiome, a great deal more than any probiotic can provide. Nevertheless, people report benefits from consuming probiotics, and fermented foods have been part of traditional diets since forever. However, the definition of a probiotic is something that confers benefit to a host by colonizing, and this is where it is hard to know if the probiotics provide benefit by living inside you or simply by passing through and challenging the immune system. For example, in cases of overgrowth and excess bacteria, as with dysbiosis, there is not adequate space for the probiotic to move into, so it just passes through. In that situation, the probiotics may work like paraprobiotics. 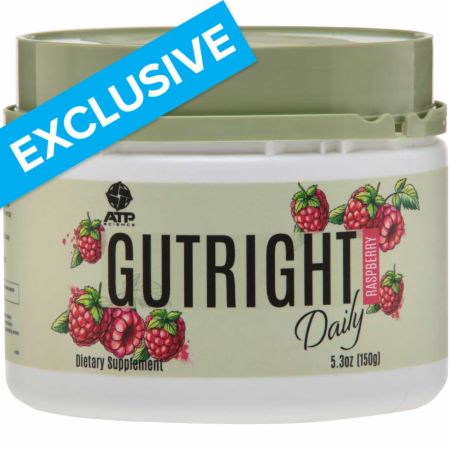 Even though many still classify dead bacteria as part of the probiotic family, strictly speaking, they are not. Many components of dead bacteria, such as cell wall fragments, can have beneficial physiological effects even though the bacteria are not alive, but instead of calling them probiotics, it is better to refer to them as paraprobiotics.[4] The distinction is important because those who purchase commercial probiotics must be assured that they are getting live bacteria if that is what they expect. Still, many companies do not follow best practices when manufacturing their products, with many "probiotics" failing to show any live organisms when they are tested.

Prebiotics are foods, fibers, and nutrients that may induce the growth or activity of microorganisms in the digestive tract.[5] Not all fibers have prebiotic activity, as they need to pass through the digestive tract undigested in order to reach the large intestine, where they can feed good bacteria to be classified as a prebiotic.

Prebiotic fibers are generally undigestible fibers, such as fructans, galacto-oligosaccharides, inulin, lactulose, and resistant starch, which serves as food for bacteria in the large intestine. It is there that fibers are converted into short-chain fatty acids, which provide energy for the cells lining the large intestine and play a role in preventing metabolic disorders such as fatty liver.

Since prebiotics are food for bacteria, they will also feed bacteria in the small intestine if they are present, which often makes people feel worse.

Synbiotic is a term used for nutritional supplements that combine probiotics and prebiotics into one product. There are many on the market. Many probiotic supplements include prebiotics such as inulin or fructo-oligosaccharides to help the growth of the probiotics in the supplement. Technically speaking, they are synbiotics.

These are foods or herbal compounds that can modify the balance of microorganisms found in the natural gastrointestinal environment, favoring a healthy balance and diversity and keeping individual ones from becoming pathogenic. This is incredibly important for keeping us healthy. We have lost a lot of the diversity in our gut bacterial populations due to antibiotics present in our food chain and overconsumption of junk food that's riddled with chemicals and preservatives. As well, diets have changed considerably since the Industrial Revolution, with less consumption of fiber and pulp, skin, and seeds and more sugar and juice. Skins of produce grown organically are often covered in a microbiome that may disrupt the glyphosphates found on nonorganically grown produce, so if you eat nonorganic, you may get a chemical assault of glyphosphates, which have been shown to disrupt the microbiome, rather than providing the benefit of the bacteria on the skins.

You may be eating a balanced diet but not necessarily a varied diet. With produce being available year-around due to farming methods like hydroponics and long-term storage, we have lost the art of eating locally grown vegetables and fruits when they are in season. This means we don't get substrates to create variety in our microbiome and we most likely get a consistent supply of sugars as opposed to the natural plant modbiotics.

For a product to be able to improve the balance of microorganisms, it has to be able to reduce less-desirable organisms as well as increase more-desirable ones. Foods and herbal components that exhibit modbiotic properties include polyphenols, which are organic compounds made by plants, fruits, and vegetables as a defense against pathogens and insects.[6] Not all polyphenols are digested, metabolized, and absorbed in the same way, which is why some may have better modbiotic properties than others.[7]

Depending on the size and composition of polyphenols, they may also be absorbed differently. For instance, smaller molecular polyphenols are mainly absorbed in the small intestine, where they may have more systemic beneficial effects, whereas more complex polyphenols tend to bypass absorption and continue their journey to the colon or large intestine, where bacteria further metabolize them to form derivatives such as benzoic acid, which has antimicrobial properties.[8] In other words, not all polyphenols are created equal and not all exhibit modbiotic properties.

Organically grown plants will tend to have greater amounts of polyphenolic compounds, as they don't have herbicides and pesticides protecting them against disease and insects, which triggers them to make more polyphenols for their own protection. Most of these protective polyphenols can be found in the skin and husks of vegetables and fruits and have been shown to favor the growth of Bacteroides species, as opposed to Firmicutes species, in the gut.[9] Also, they have been shown to promote the growth of Bifidobacteria while reducing the growth of more harmful species such as Clostridia perfringens.[10]

So, basically, modbiotics have the potential to reduce harmful microorganisms as well as increase beneficial species with anti-inflammatory properties.