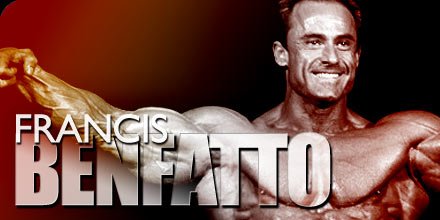 My name is Francis Benfatto and most of my life I've trained with weights and eventually became a professional bodybuilder. Like almost everything in life there is always a lesson to be learned - mine is to use bodybuilding like a vehicle against stress, all kinds of stress; like all human beings go through in their day-to-day lives.

Today my interest is how we can live a long and healthy life by using a specific lifestyle while having to deal with our daily lives like work, family, relationships, etc. I believe if we follow some rules we can avoid illness in the short, medium and long term.


Learn more about him and his background by visiting his websites: