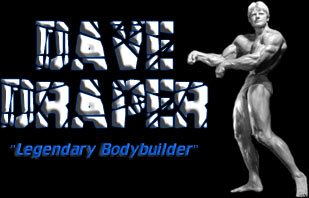 Bodybuilding as we know it today began some sixty years ago when men like John Grimek and Steve Reeves lifted weights in preparation for the first Mr. America title in the late 30's. The famed Muscle Beach emerged in Santa Monica, California in the 40's. And, as I recollect, it was in the mellow mid-50's when I lifted my first set of barbells. Little did I know the reps and sets, moans and groans that lay before me.

I went on to win the Mr. America title in 1965 and the Mr. Universe in '66. In 1970, after winning the Mr. World in Columbus, Ohio, I sensed a sifting of the gears in bodybuilding and stepped out of competition. The sport took off like a rocket to the moon, soaring into the 80's with ever increasing momentum.

Check Out My Webpage at www.davedraper.com

Click On The Picture For More Information On The Book!