Load up on new training tunes with this playlist from retired UFC fighter Brian Stann. Log into Spotify and hear the songs he listens to as he lifts!

Brian Stann's resume is impressive. He was a Captain in the Marines Corps and has been awarded the Silver Star for his bravery in combat. During his military career, Stann trained and competed as a fighter in the WEC and UFC. Although he recently announced his retirement from MMA, his fighting career was illustrious. He was a light heavyweight champ in the WEC and achieved a 12-6 fighting record in the UFC where fought in both the middleweight and light heavyweight divisions. He's also a husband and a father.

If that's not awesome enough, Stann has a killer playlist that's sure to flutter any rock lover's heart. If you have big plans for the gym today, download this playlist before you go!

Q
What's the most difficult part about being a fighter?

The toughest part of being a fighter is the sacrifice in your personal life that is necessary to be successful. Fighters by nature have to be a little selfish due to the intensity of their training. Fighters have one-track minds, which can be difficult if you are a father and husband. Once you have a fight scheduled, a percentage of your mind is constantly consumed with your opponent until that fight is over. 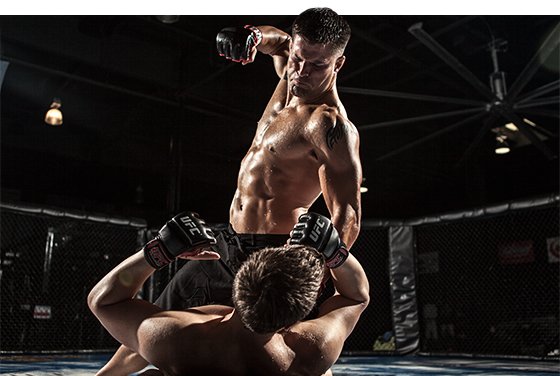 "I found that I fight better when I'm a little angry, but it has to be a focused aggression."

Do you have to be angry, aggressive, or both to do well in a bout? Is there a "right mood" for fighting?

Many fighters do not. I found that I fight better when I'm a little angry, but it has to be a focused aggression. Too much emotion leads to poor execution. Many fighters struggle with their anxiety and emotions before and during a fight. I was able to condition myself to look forward to the fight.

You listen to a lot of hard rock and metal. Why do you like training to that genre?

I have been a metal and rock fan my entire life. I have always used it for motivation. I was never an angry kid, but I did always feel like I had something to prove. To me this music is not dark like some of the stereotypes make it out to be. It's really about digging deep and succeeding even when people don't expect you to. 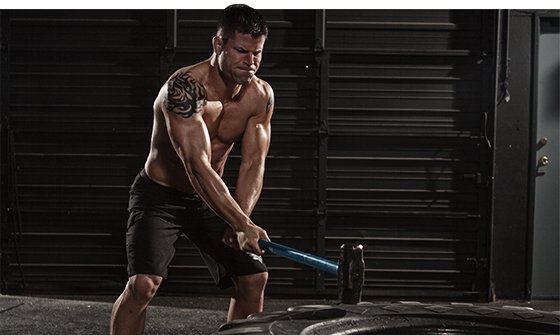 "Exercise is part of who I am. I'm not nearly as productive in any other aspect of my life without it."

Do you think music influences how you train?

I always train to music: martial arts, weights, cardio, whatever I do. I love having music to help motivate me. Exercise if part of who I am and I'm not nearly as productive in any other aspect of my life without it. The music helps keep me motivated while I train. I never work out just to work out—there is always a purpose, a goal. Music helps push me to reach it.

Check out original playlists from top
fitness models and bodybuilders.