Type-2 diabetes is one of the fastest growing diseases among younger males, but a new book may provide a solution.

For previous generations, diabetes struck mostly the very young or the very old. Type-1 diabetes, a genetic quirk where your body cannot make insulin, often strikes in childhood. Type-2, where your body resists internally produced insulin, used to affect mostly the obese, infirm, or elderly. But type-2 seems to have taken steroids, fueled by the American food supply and obesity trend. Now, it is invading previously resistant populations from the middle-aged to young adults to kids.

A new book, Sugar Nation, addresses these concerns. The author, Jeff O'Connell, was diagnosed with prediabetes, rocking his world. "In 2006, I learned that my once tall, thin father, who I hadn't seen in 20 years, had lost his leg to diabetes. Almost immediately thereafter, blood work of mine, which had been drawn weeks earlier for a routine physical, revealed that I was staring into the same abyss."

O'Connell is 6-foot-7 and thin with the faint outline of abs. He's an avid exerciser, and he's also a health journalist, having worked as Executive Writer for Men's Health. "Leprosy and typhoid fever ranked higher on my things-to-be-concerned-about list than diabetes," he says. Nevertheless, he was not immune to the diabetes epidemic.

After his diagnosis, O'Connell discovered what many Americans learn. The prognosis and treatment for prediabetes and diabetes is a classic good news/bad news scenario. The good news is that, if you have the discipline, you can fight back and win against prediabetes or the early stages of diabetes.

The bad news is that the medical and pharmaceutical industry assumes that you're going to lose the fight so they typically treat patients to manage the disease rather than to overcome it.

Instead of accepting his unfortunate diagnosis, though, O'Connell launched a ferocious counterattack. "I changed everything about my lifestyle at once. I totally reengineered my diet, began working out daily, started taking 10 dietary supplements a day and switched to a more blood-sugar-benign blood pressure med, and then none at all."

O'Connell did everything he could to fight back, including the launch of a journalistic investigation into the health crisis of diabetes. "It took me a full year to really understand the best course of action to take, and I had the best medical minds in the country available in my capacity at Men's Health." This led O'Connell to consider how average Americans were supposed to beat diabetes when even the top medical experts had all but given up. His answer was to write Sugar Nation to help inform people who have diabetes or want to avoid it. 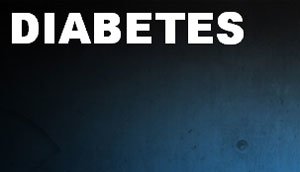 More than 100 million Americans and nearly 300 million people worldwide have prediabetes or diabetes. Don't submit to this disease. Get the information you need to fight back.

Get more free information on Diabetes

With more than 100 million Americans suffering from prediabetes and diabetes, you can quickly figure out that there's a relatively good chance one of them may be you. Based on this, I had my own blood sugar levels examined to see where I fall.

I fasted the evening before my blood sugar test, eating my last meal low in carbs and fats around 7 p.m. Then I had my blood drawn the following morning around 10 a.m. - you're supposed to fast at least eight hours before taking a fasting plasma glucose (FPG) test. My blood was shipped to a lab to have my blood glucose levels assessed. My results were 89 mg/dL, within the normal range of 70-100 mg/dL. But what does that mean?

"Based on this single result, it appears that you do not have diabetes," says David Kawashiri, M.D., Internal Medicine, my physician at Cedars Sinai. "Prediabetes is when blood glucose levels are higher than normal but not high enough to diagnose diabetes. For the FPG, this level is between 100 and 125. Diabetes, by definition, is when your FPG results are 126 or above on two different days."

While this indicates that I am unlikely to have the precursors of diabetes, the results are inconclusive because this test doesn't provide all the data necessary to diagnose the condition. Of additional significance is the rate at which your body responds to sugar that you've just consumed, and the FPG doesn't take this into consideration. 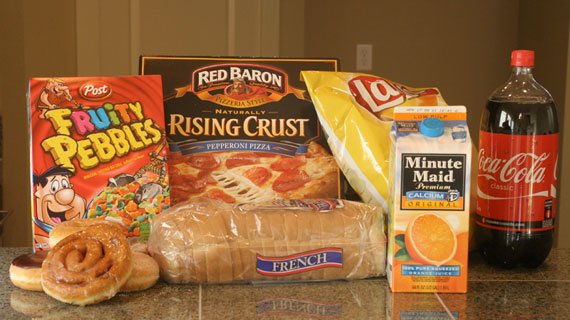 Is your body cringing yet?
It should be.

Determining this requires a different test. "The glucose tolerance test may be recommended for individuals in whom diabetes or prediabetes may be suspected, and in individuals who are at higher risk for developing diabetes," Dr. Kawashiri says.

During this test, you take in 75 grams of sugar (glucose), and your blood is tested at various intervals to show how high your blood sugar levels rise and how quickly (or slowly) they come down. This test is a much better predictor of diabetes than the FPG or the A1C, a non-fasting test that averages blood glucose levels for the preceding three months.

So why don't people go to their doctors to cure this disease instead of merely managing it? The answer is that the medical and pharmaceutical industries are, essentially, set up to control diabetes, not to cure it. Today, when you're diagnosed with significant prediabetes or full-on type-2 diabetes - a more advanced and eventually devastating state of metabolic dysfunction - your doctor is likely to give you some halfhearted lifestyle advice and a prescription for metformin, the most widely prescribed diabetes drug.

When your doctor hands you a prescription, though, he's assuming that you won't alter your lifestyle enough to effectively stop - and even reverse - the onslaught of diabetes. While following the proper diet and exercise program will help many people in the infancy of diabetes and prediabetes overcome it, beginning to take a prescription drug tends to lead to a lifetime of diabetes drug taking.

That's because these drugs will coax more insulin out of your beleaguered pancreas or heighten your insulin sensitivity only for a while - at which point you'll need more of the same drug and/or additional drugs to achieve the same effect. "What you haven't done by taking these drugs is solve the underlying problem," O'Connell says. "Diabetes drug treatments essentially manage your demise."

Among their myriad side effects, many of these drugs also pose heart risks in certain diabetics. "Given that most diabetics die from the heart disease wrought by their diabetes, that's a tragic tradeoff to make," O'Connell adds.

So why aren't doctors giving more sound nutrition advice? Another dirty little secret of the American health system is that many doctors don't know much more about nutrition than you do. Many of us assume that our doctors are all knowing about all aspects of health, but the average doctor takes only one dedicated nutrition course at most in med school - and often not even that. 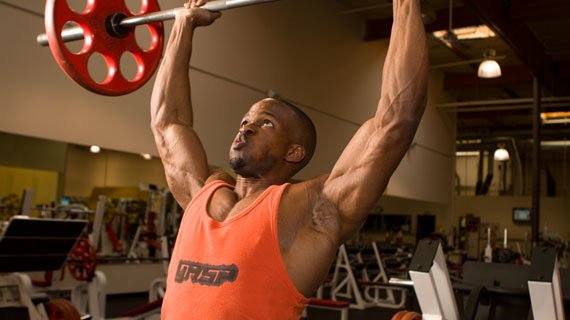 Ask not what your doctor can do for you.
Ask what you can do for YOURSELF.

Some doctors spend less than an afternoon of their time in medical school learning about nutrition. In other words, you score more nutrition information from visiting Bodybuilding.com than many doctors receive during their entire medical education.

O'Connell's Sugar Nation is sure to inflame many in the medical community, the same way that Michael Pollan's The Omnivore's Dilemma enraged those who mass produce our food supply in unhealthy ways. Sugar Nation will also start a healthy debate, as Pollan's book did, about the best ways for the medical community to most effectively address the diabetes epidemic that already affects more than one out of three adult Americans.

How to fight back against diabetes.

1. Pay attention to your genetics.

If someone in your family has developed type-2 diabetes, then that means you're more likely to, as well. You should monitor your blood glucose levels throughout your life. Don't assume that type-2 diabetes won't strike until you're of advanced age.

2. Get a blood glucose test and discuss it with your doctor.

A blood glucose (FGP) test gives you a snapshot of your blood sugar, but an oral glucose tolerance test (OGTT) provides a 3-D panoramic view of your insulin response. If you have serious concerns that you have the precursors of diabetes, then talk to your doctor about this much more definitive blood test.

Especially sugars and processed carbs such as bleached white flour and the products that contain them. Emphasize whole fruits and vegetables, and avoid sugary drinks including fruit juice. This is good advice even if you believe that you aren't susceptible to diabetes.

If you're hungry when you eat, then you've already set yourself up for trouble, especially if you're vulnerable to diabetes. Instead of using hunger as a guide for eating, consume smaller meals more frequently during the day-like every two to three hours.

Regardless of your fitness level, you should perform some exercise nearly every day. A combination of anaerobic and aerobic activity is best. This means your weekly plan should have both weight-bearing work and cardiovascular work.

6. Include intense cardiovascular cycles in your exercise.

Studies have shown that you can better fight off diabetes by including short, intense bursts of aerobic activity. This can be a simple as riding a stationary bike at a very intense level for one minute 3-to-5 times during your 30-minute session. Keep in mind, though, that you have to be of a reasonable fitness level to implement this technique without risking cardiac problems. Talk to your doctor and work up to including intensity cycles.

Many Americans consume too many calories, adding to obesity levels. But the calories that are most vilified - dietary fats - are not the most harmful. Those would be carbs. You should consume about 20-to-30 percent of your daily calories from dietary fats, split evenly between healthy fats (found in salmon and other fatty fish, olive and canola oil, nuts and seeds and avocados), and saturated fats (found in dairy products, egg yolks and meat). Avoid trans fats altogether.

Fiber is great for helping to modulate blood sugar levels. But, when you cut carbs, getting in all the fiber you need can be a little trickier. A lot of the fiber in our diets is found in foods such as brown rice, oatmeal and whole-grain breads. But these are also very high in carbs that may negatively impact your blood glucose. Make sure you get plenty of fiber from whole fruits and vegetables, and consider a low- or no-carb supplemental form of fiber.