Title Boxing Club decided to franchise its brand in 2011. At the same time Brian Casad was withering behind a desk in Kansas City. Fate, fortune, and a big risk brought the two together. 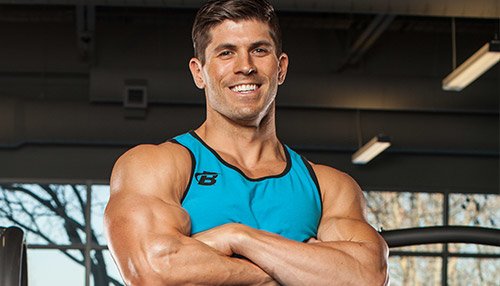 Brian Casad has the look a lot of guys want. His stage physique reveals every full muscle. He has big arms and round shoulders, a jaw that can take a punch, and a brush-thick head of hair. This is what a muscle model looks like, but you can't see Brian's past self on stage.

You can't hop into your way-back machine and shake hands with the overweight Brian, the chained-to-a-desk Brian, the Brian who tread a path of mediocrity. The Brian who, in college, slipped into the party life and took on extra weight. You admire his six-pack now, and it's hard to imagine this physique athlete rocking a beer gut.

He needed a transformation of body, mind, and occupation. When he had enough, Brian walked into the Title Boxing Club in Kansas City for a new kind of workout. He took some classes, dropped about 40 pounds, and his eyes opened to a career in fitness.

He was all in. He quit his job, sold everything he owned to strangers on Craigslist, borrowed flow from his family, and invested it all in his own gym, the Title Boxing Club Uptown, in Dallas, Texas. Brian took a big risk, but that's how you earn big rewards.

Brian's gym is more than a boxing ring. He designed the building himself, and he couldn't live without a full-fledged weight room. Follow his full training plan!

Clean eating isn't as tough as people make it out to be. It's simple: eat food you cook yourself, and stick to whole foods with basic ingredients. Try Brian's plan!

This portion of Brian's plan can be freestyle. The only daily supp he takes is his multivitamin. He changes up his pre-workouts and juggles different brands.

College students don't have much. They don't need much, either, beyond a place to party and people to kick it with. That lifestyle isn't healthy and, although Brian Casad lifted weights through college, he graduated overweight.

The Kansas State grad took a job with his uncle, Jerry Chatam, consulting clients on real estate taxes. Brian got a name plate, a desk, and settled into the drudgery of adult life. He lived for 40 hours each week at a desk. The crew would take group lunch breaks to what Brian calls "shit-ass" restaurants, and his body felt worse than ever.

"I hated it," Brian says. "I found myself falling asleep at the mouse, even if I got a good night's sleep. I was done with it and started running at lunch instead." 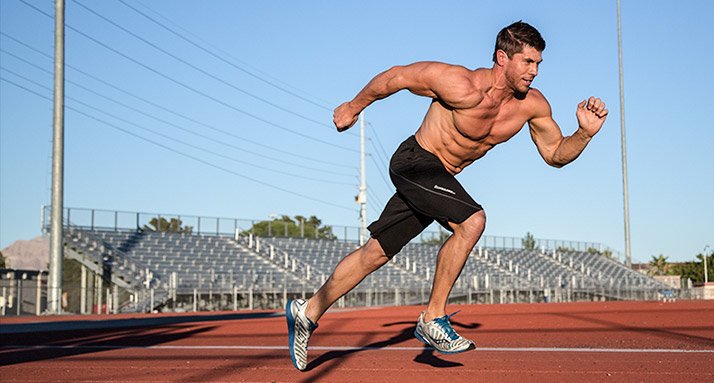 The office life wasn't cutting it for Brian, so he risked it all to break free.

At some point, Brian remembered liking boxing and started taking classes at his local Title Boxing Club. Over a matter of months he dropped 40 pounds and slowly got it into his head that he was in the wrong profession. "I knew that fitness was an industry I wanted to be in, live in, work in, breathe in, eat in … I dropped the weight and found my passion."

Brian wanted out of the office, and his uncle knew he wasn't happy. Chatum gave Brian two months of severance pay and told him to figure out what he wanted to do with his life. "That gave me a little bit of time to look back at myself and figure out where I wanted my career to go," Brian says. That same month he discovered that Title wanted to expand and create new franchise affiliates. The idea seemed perfect and Brian was in, but he still needed help.

"Bottom line, I didn't have the money," Brian says. "Family helped. They are partners. I had no idea what I was doing, but it was something I was passionate about."

That passion drove Brian to pack up everything he couldn't sell on Craigslist and move to Texas. "It was an emotional roller coaster," Brian says. "I picked up everything and took off trying to make something happen. Granted, I was stoked to move, but once the reality sets in—'Hey, this gym isn't up and running yet!'—there's a big process: signing a lease, equipment, lawyers, contractors, and franchise paperwork."

Now, Brian wakes up every day and pursues his passion for a living. He teaches workout classes and talks to people about his transformation and about how he wants to help them transform their lives. He selects a person every three months and trains them for free, because he enjoys assisting them with such a big change.

"I prefer to have clients who are overweight," Casad says. "I want to help them lose weight. That's the reason I'm in this: to help people."

As much as Brian wants to be in the gym, helping people transform, he has a business to run. So, yes, he has to spend a little time behind his desk each day. "But I'm not being forced to," Casad says. "I'm doing this of my own accord. I make my own destiny." 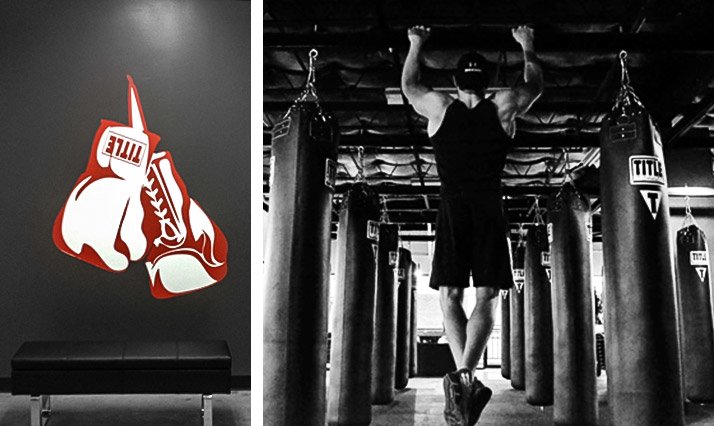 Brian used boxing to transform his body. He cut 40 pounds. He then decided to make the sport a focus for the rest of his business and fitness life.

Last year Brian won the BodySpace Spokesmodel Search Competition at the LA Fitness Expo, but he won't be competing again anytime soon. "I don't like the competition aspect," he says. "I don't like the whole greased-up stage thing. It's not my style. I like doing things for Bodybuilding.com. I'm more of a fitness entrepreneur. I like representing fitness as a whole, not standing up being judged on how big I can become.

"I will stick to fitness boxing. I like to think. I don't like to just knock each other around. Any slight movement and you can get hurt. When I first got into it I really saw something in boxing. The amount of weight I lost doing it was pretty cool. I hate cardio, but I love boxing."

It is dangerous to enter the ring, whether it's boxing or business. Brian took a big risk. He worried, borrowed, and fought to make it work, and the big reward was worth it.