Can You Beat Cancer?

Diagnosing cancer early can significantly increase your chances of survival. But it’s on you to make the first move. Here’s what you need to know.

There are lots of startling cancer statistics—we know hearing more won't fend off the disease or hasten your next visit to the doctor. The only information that will truly help you is the truth about the cancers you most likely face as a man, the symptoms to watch out for, the tests you'll need to take, and the future you might face if you do get the diagnosis. This is that story. Hopefully, reading it will ensure that your own life story has more chapters than cancer would decide.

Before We Begin: The Truth

"Listen to your body," says Mike LeFevre, M.D., vice co-chair of the U.S. Preventive Services Task Force (USPSTF). Meaning: Don't ignore something that feels out of place. Odds are it's nothing serious, but many times the only way to catch cancer is to tell your doctor that something doesn't feel right. "There are few cancers with good science to support regular screening," LeFevre says.

According to the National Center for Health Statistics, cancer is the fourth-leading killer of people ages 20-39. Certain cancers, such as testicular, colorectal, and thyroid, are on the rise in this age group. And because younger patients are rarely screened, cancers are often diagnosed at a later stage.

Despite this, LeFevre does not recommend regular screening except in certain cases in which genetics may play a part. Though the rates are rising, cancer under 40 is still relatively rare.

However, there is some interesting science that offers hope for the future. At the Washington University School of Medicine, where some of the most groundbreaking cancer research has been done, a team led by William Harbour, M.D., has discovered a way to identify gene patterns in eye melanomas. Using a test measuring the activity of 15 genes, a physician can determine whether the cancer will stay in the eye (class 1) or spread to the liver (class 2).

The test, which is now used in most North American ocular oncology centers, allows doctors to be more proactive with class-2 patients. The goal is to develop a way to treat class-2 patients preemptively and to find other cancers where testing can also be done.

"We're hoping to make cancer a chronic disease rather than one you die of," says Harbour. "The future may offer therapies that allow people to lead a healthy life through treatment."

When men think of cancer, we usually focus on the big three—prostate, lung, and bowel cancer—which account for more than 50 percent of cancer in men. Here's the lowdown on who's most at risk, what screening tests are available, and who should get them. 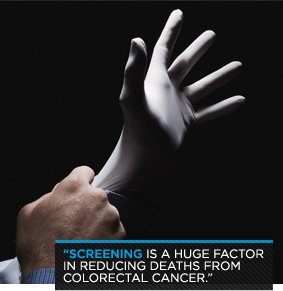 The Numbers: More than 241,000 new cases of prostate cancer are expected this year in the U.S., making it the leading cancer in men. The good news is that the expected deaths are relatively low, at 28,170.

Risk Factors: The more first-degree relatives (parents, siblings, and children) you have who've had prostate cancer, the higher your risk. "If your father had prostate cancer, your risk triples," says Alan Partin, M.D., urologist-in-chief at Johns Hopkins Medical Institution. "But if your brother also had it, your risk increases even more." For some reason, African American men are also at increased risk for prostate cancer.

Symptoms May Include: A need to urinate more, or difficulty stopping or starting; blood in the urine or semen; or pain during urination or ejaculation.

How It Progresses: Unchecked, highly aggressive prostate cancer moves into the bones around the spinal column, hips, and their surrounding lymph nodes.

Screening Tests: Screening for prostate cancer involves tandem rectal and blood tests. In a digital rectal exam, a doctor inserts a gloved, lubricated finger into the rectum to feel through the rectal wall for hard or lumpy areas on the prostate. Then, a blood test checks the level of prostate-specific antigen (PSA) in the blood.

Two new tests have recently been approved by the FDA: a urine test that looks for an RNA molecule, and a prostate health index that tests three types of PSA. Both tests work with the traditional PSA blood test to improve the accuracy of prostate screening and help prevent unnecessary biopsies.

Should You Get Screened? Despite some recent studies questioning the efficacy of PSA screening, the numbers seem to show that screening is highly effective. "I'm 51, and when I started practicing, one in four men would get metastatic prostate cancer," says Partin. "Now it's one in 100."

If your family history puts you at high risk, you should start screening at age 40; otherwise, you can begin at 50.

The Numbers: Lung cancer accounts for 13 percent of all new cancers. It's also the deadliest, causing an estimated 87,750 deaths in men this year in the U.S. Risk Factors "Genetics don't play a major role in developing lung cancer," says the USPSTF's Mike LeFevre. Lung cancer is primarily caused by exposure to substances that damage lung cells, such as excessive air pollution; drinking water with high levels of arsenic; radiation; asbestos and other chemicals; and, above all, tobacco smoke.

"If you smoke, you are at high risk," LeFevre says. There is no "safe" level of smoke, and the effects are cumulative—the more cigarettes you smoke a day and the longer you've been a smoker, the greater your risk of developing lung cancer becomes. 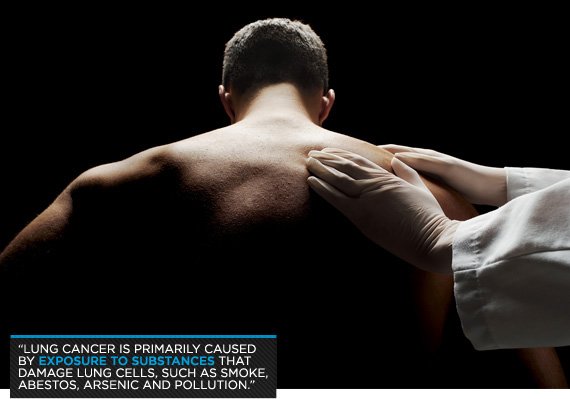 Symptoms May Include: A persistent cough, breathing problems or chest pain, a hoarse voice, coughing up blood, fatigue, unexplained weight loss, and loss of appetite.

How It Progresses: Lung cancer usually spreads to the other lung and to the lymph nodes in the chest. It can also spread to the liver, brain, and bones.

Screening Tests: There isn't a reliable method of screening for lung cancer. A doctor can request a chest X-ray, but studies have shown that these basic tests do little to reduce lung cancer deaths. "Lung cancer is aggressive and spreads early, often before it's detectable on a chest X-ray, LeFevre says.

The good news is that things may be changing soon. Researchers are looking at the possibility of testing high-risk patients with a CT scan."High doses of radiation can be harmful, so we want to make sure the risk is worth the reward before we recommend regular CT scans," LeFevre says. "We're not there yet."

Researchers at the University of Missouri are also looking at a new technology that tests blood plasma as a means of detecting lung cancer. It's still in the theoretical stage, but it may someday soon allow doctors to detect a change in a specific small ribonucleic acid (microRNA) molecule that is often elevated in lung cancer patients. Until this technology is proven, you'll have to stick with the chest X-ray.

Should you get Screened? Only if you show any of the symptoms.

The Numbers: Colon and rectal cancers account for 13 percent of all cancers diagnosed each year. The good news is that the number of cases diagnosed has dropped dramatically since 1975, and the death rate has gone down by almost half.

Risk Factors: Certain inherited genetic mutations such as Lynch syndrome and hereditary polyps can increase a person's risk of colorectal cancer, but 75 percent of tumors appear to occur without those factors. Eating a low-fiber diet that's high in red meat seems to increase the risk somewhat, but other causes are still unknown.

Symptoms May Include: A change in bowel habits, blood in stools, fatigue, unexplained weight loss, vomiting, and general abdominal discomfort.

How It Progresses: Bowel cancer can spread through the walls of the colon into the surrounding lymph nodes and eventually the liver.

Screening Tests: There are three primary tests for bowel cancer: colonoscopy, sigmoidoscopy, and high-sensitivity fecal occult blood testing. "They are all effective, and I'm neutral as to which one to recommend," LeFevre says, adding that it's a matter of talking to your doctor to determine which option is best for you.

A colonoscopy should be performed every 10 years. "The transition from a normal colon to one with a cancerous polyp is a slow process," LeFevre says, explaining why being tested only once each decade is usually sufficient to find polyps and remove them before they become cancerous. The downside to a colonoscopy is that the preparation is arduous and requires "cleaning out" the colon by drinking gallons of liquid, which can cause cramping. Patients are sedated for the actual procedure to prevent discomfort, but in rare instances complications such as tears can occur.

The last option is an annual stool test. This high-sensitivity test checks for blood in the stool; if any is found, a colonoscopy is then ordered. A stool test is not nearly as obtrusive as a colonoscopy, but it can be challenging to remember to have it done every year.

In the future, undergoing a virtual colonoscopy—in which a three-dimensional image of the colon and rectum is taken—may also be an option, but as of now, it's still unclear whether this test is as accurate as the aforementioned traditional colonoscopy.

Should You Get Screened? Screening is a huge factor in reducing deaths from colorectal cancer. "Everyone should get regular screening by age 50," LeFevre says. "If you've had a first-degree relative with this cancer, start screening 10 years prior to the age when that person was diagnosed."