Lots of people have strong views and misconceptions about sleep or lack of it. A lot of these are shaped by living in an essentially sleep deprived post-industrial society...

Lots of people have strong views and misconceptions about sleep or lack of it. A lot of these are shaped by living in an essentially sleep deprived post-industrial society.

The National Sleep Foundation has compiled this list of common myths about sleep, and the facts that dispel them.

Myth #1: Snoring is annoying (to other people) but is not a serious matter.

Wrong. It is true that for lots of people snoring is a harmless thing, but for some it can be a symptom of a life threatening sleep disorder called sleep apnea, especially if it is accompanied by severe daytime sleepiness. Sleep apnea is characterized by pauses in breathing that prevent air from flowing into or out of a sleeping person’s airways.

People with sleep apnea awaken frequently during the night gasping for breath. The breathing pauses reduce blood oxygen levels, can strain the heart and cardiovascular system, and increase the risk of cardiovascular disease. Snoring on a frequent or regular basis has been directly associated with hypertension.

Obesity and a large neck can contribute to sleep apnea. Sleep apnea can be treated; men and women who snore loudly, especially if pauses in the snoring are noted, should consult a physician.

Not exactly true. Experts say we need 7-9 hours of sleep everyday to keep us fit and healthy. The notion of being sleep-deprived frequently and making up for it when we have the time is simply erroneous. When we don’t get adequate sleep, we accumulate a sleep debt that can be difficult to “pay back” if it becomes too big.

The resulting sleep deprivation has been linked to health problems such as obesity and high blood pressure, negative mood and behavior, decreased productivity, and safety issues in the home, on the job, and on the road.

Myth #3: Turning up the radio, opening the window, or turning on the air conditioner are effective ways to stay awake when driving. 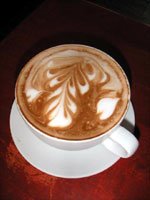 That can be a prescription for disaster. These methods are ineffective and can lead to mishaps and accidents. When sleepy on the road, the best prescription is to pull off the road in a safe rest area and take a nap for 15-45 minutes.

Caffeinated beverages can help overcome drowsiness for a short period of time. However, it takes about 30 minutes before the effects are felt. The best prevention for drowsy driving is a good night’s sleep the night before your trip.

Myth #4: Teens who fall asleep in class have bad habits and/or are lazy.

According to sleep experts, teens need at least 8.5 – 9.25 hours of sleep each night, compared to an average of seven to nine hours each night for most adults. Their internal biological clocks also keep them awake later in the evening and keep them sleeping later in the morning.

However, many schools begin classes early in the morning, when a teenager’s body wants to be asleep. As a result, many teens come to school too sleepy to learn, through no fault of their own.

Myth #5: Insomnia is simply not being able to sleep at nights.

A lot of people associate insomnia with difficulty sleeping at nights, forced to stay awake watching late night TV. That is only part of the picture however - one of four symptoms generally associated with insomnia. The others include waking up too early and not being able to fall back asleep, frequent awakenings, and waking up feeling unrefreshed.

Insomnia can be a symptom of a sleep disorder or other medical or psychological/psychiatric problem, and can often be treated. When insomnia symptoms occur more than a few times a week and impact a person’s daytime functions, the symptoms should be discussed with a doctor or other health care provider. 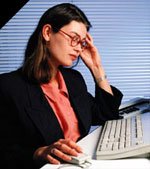 Excessive daytime sleepiness is a condition in which an individual feels very drowsy during the day and has an urge to fall asleep when he/she should be fully alert and awake. The condition, which can occur even after getting enough nighttime sleep, can be a sign of an underlying medical condition or sleep disorder such as narcolepsy or sleep apnea.

These problems can often be treated, and symptoms should be discussed with a physician. Daytime sleepiness can be dangerous and puts a person at risk for drowsy driving, injury, and illness and can impair mental abilities, emotions, and performance.

Myth #7: Being sleep deprived is not a health risk.

Far from it, not getting enough sleep is not, seriously not good for your health. Insufficient sleep affects growth hormone secretion that is linked to obesity; as the amount of hormone secretion decreases, the chance for weight gain increases. Blood pressure usually falls during the sleep cycle, however, interrupted sleep can adversely affect this normal decline, leading to hypertension and cardiovascular problems.

Research has also shown that insufficient sleep impairs the body’s ability to use insulin, which can lead to the onset of diabetes. More and more scientific studies are showing correlations between poor and insufficient sleep and disease.

Myth #8: The older you get, the fewer hours of sleep you need.

Not really. Humans generally need the same amount of sleep throughout their adult lives, although sleep patterns may change as they age. Older people may wake more frequently through the night and may actually get less nighttime sleep, but their sleep need is no less than younger adults.

Because they may sleep less during the night, older people tend to sleep more during the day. Naps planned as part of a regular daily routine can be useful in promoting wakefulness after the person awakens.

Myth #9: Your brain rests while you're sleeping.

The brain never rests, just 'recharges'. During sleep the brain remains active and still controls many body functions including breathing. When we sleep, we typically drift between two sleep states, REM (rapid eye movement) and non-REM, in 90-minute cycles.

Non-REM sleep has four stages with distinct features, ranging from stage one drowsiness, when one can be easily awakened, to “deep sleep” stages three and four, when awakenings are more difficult and where the most positive and restorative effects of sleep occur.

However, even in the deepest non-REM sleep, our minds can still process information. REM sleep is an active sleep where dreams occur, breathing and heart rate increase and become irregular, muscles relax and eyes move back and forth under the eyelids.

Myth #10: When waking up in the middle of the night, get back to bed and try to get back to sleep.

Waking up in the middle of the night and not being able to go back to sleep is a symptom of insomnia. Relaxing imagery or thoughts may help to induce sleep more than counting sheep, which some research suggests may be more distracting than relaxing.

Whichever technique is used, most experts agree that if you do not fall back asleep within 15-20 minutes, you should get out of bed, go to another room and engage in a relaxing activity such as listening to music or reading. Return to bed when you feel sleepy. Avoid watching the clock.