Chassidy Smothers grew up on the hard courts of Sacramento, did a tour in Korea, and is now graduating college. Along the way, she became a fitness champion. Find out how she did it right here!

Although she's only been in the competition circuit for about a year, Chassidy Smothers has been hugely successful. She maintains, however, that her accomplishments could be achieved by anyone.

She believes that everybody has the potential for greatness. It's this inspiring personality—along with an incredible physique—that helped her win the 2014 BodySpace Spokesmodel contest.

She might be soft-spoken, but her tenacity and drive to win make her a fierce competitor. Chassidy trains hard, eats clean, and keeps her goals at the forefront of her mind.

Her two-year tour in South Korea with the U.S. Army taught her that discipline and effort are necessary components to success in life and fitness. She's one badass lady.

To learn more about Chassidy, check out the video below. Follow her effective training, nutrition, and supplement programs to build a stronger body and mind!

To win on stage you have to train hard and train smart. Learn how Chassidy uses weights and cardio to build a winning physique!

When contest prep gets tough, cheat meals go out the window, but for the rest of the year, Chassidy Smothers lets her taste buds live free.

Here's how Chassidy Smothers pairs supplements with great nutrition to get the most out of her tough training.

Children who excel at sports tend to be introduced to competition at a young age. Chassidy first dribbled a basketball at age 7 and discovered a talent for the sport. She would go on to play every year throughout high school.

After high school, Chassidy wasn't exactly sure about her next step. She went to three different junior colleges in Sacramento and dropped out three times. She eventually earned an associate degree, but knew she wasn't finished. 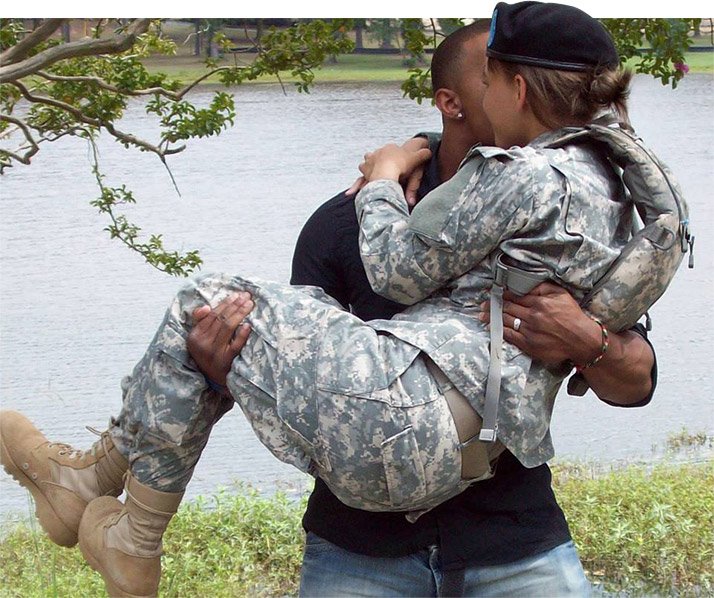 In junior college, friends introduced her to a man named Antonio Smothers. In a mad love rush, they married just eight months later. Although she had just made a big commitment, Chassidy had another obligation to herself and her nation.

"Joining the Army was an excuse to see the world," Chassidy says. "I was immediately shipped overseas, so my first experience in the army was living in South Korea for two years." She worked in both transportation (88H) and Human Resources (42A).

So Chassidy spent the first two years of her marriage more than 5,000 miles away from her husband. "I was in Korea and he was in California. We rode it out, despite everyone saying it wouldn't work."

Antonio was a men's physique competitor. So, when he started preparing for a competition, Chassidy felt the need to get ready, too. "I couldn't be insecure in who I am, going to this bodybuilding show, with amazing women walking around. I needed to be secure so I could support him." 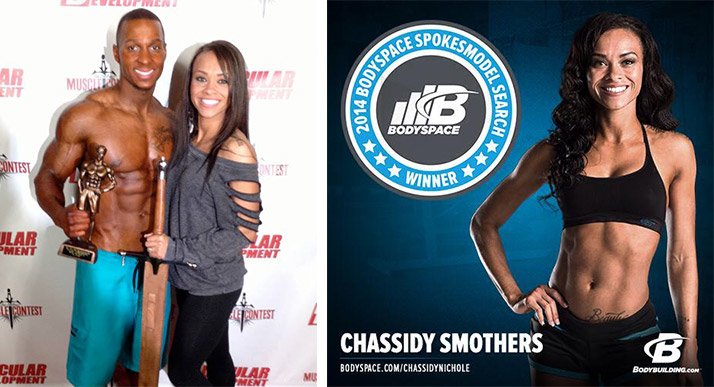 This fit couple didn't just inspire each other to get fit, they put in all the extra work it takes to claim victory on stage!

She started training and her body really reacted well. "Everything I experienced in the three years I was in the military prior to competing just rolled onto the competition lifestyle," Chassidy says. The dedication and determination she learned in the Army helped her build a body she could be proud of. "He went on to win bodybuilding shows and so I was like, 'Let me try this!'"

Chassidy placed eighth in her first competition in July of 2013. The placing was a tough blow, but it inspired her to do better. Two months later she won the overall at her second competition. In early 2014, she won the Bodybuilding.com Spokesmodel Search contest. "I learned to not give up, even if you fail a million times," she says of her success.

Chassidy and Antonio Smothers have now been married for five years. For the past year, both have excelled in the fitness industry as contest winners and personal trainers. They own a web-based business: Smothers Fitness University.

In less than a year, Chassidy went from a casual fan to a contest winner and sponsored spokesmodel. "My confidence grows a little bit more every day now that I've won," she says. "I've been able to help more people because Bodybuilding.com is awesome. I would enter all these contests online, and now I get to be the person who gives away the stuff at expos. Personally and professionally, I am reaching way more people, and people believe me more because Bodybuilding.com obviously believed in me."

Along with serving in the Army Reserves, Chassidy is in her final semester at the University of Washington in Seattle. She will finally walk the line in May 2014, with a Bachelor's degree in general business.

"My original intent in joining the military was to get out of Sacramento, but the other part was to have college paid for, so I could afford to continue my education. Graduating now makes it all worth it."