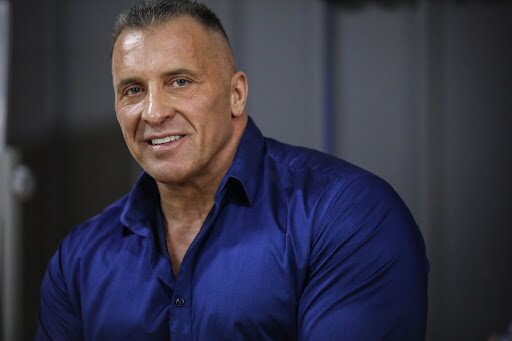 Born in 1964 in Serbia (formerly Yugoslavia), Sarcev’s early love of athletics and fitness led him to the University of Novi Sad, where he studied Nutritional Technology. Following his time there, he moved to the U.S. in 1987 to establish himself as a professional bodybuilder. After winning the Mr. Universe title two years later, he continued his success by earning his IFBB pro card in 1991. Sarcev raised the bar for professional bodybuilding by participating in every organized competition until retiring in 2003. He holds the record for most IFBB pro competitions with 72 total wins, and qualified to vie for the Mr. Olympia title 10 years in a row. Through the 13 years prior to his retirement, he was consistently in the top 10 bodybuilding pros worldwide.

With his competition days behind him, he pivoted to become one of the leading competition prep coaches in the business, guiding and training hundreds of top-tier IFBB pros, including Mr. Olympia finalists, and countless amateur competitors across the globe. Former pro bodybuilder and renowned physique coach Milos Sarcev has also teamed up with JYM Supplement Science as an advisor.