He may be the fastest human to walk the earth, but competing in the Olympics is as much a mental feat as it is a physical one. Learn how "The Lightning Bolt" keeps his head in the game.

In spite of withdrawing from the 100-meter final of the Jamaican Olympic trials due to a hamstring injury, Usain Bolt will be proudly representing his country in Rio at the 2016 Olympic games.

Fortunately for him, it's theorized that the best predictor of future behavior is past behavior. In 2004's Athens Olympics, a hamstring injury saw him eliminated from the first round of the 200-meter competition. Fast forward to the 2008 London Games, where he kick-started a journey to become the greatest sprinter of all time.

True to form, just two hours after withdrawing from this year's trials, he tweeted photos of himself lying on a treatment table, stating his road to recovery had already started. It's a scenario that casts a billion-dollar doubt over all track and field, but if there's one thing that has always come a close second to his speed, it's his confidence.

While the world holds it's breath to see if he'll take the podium for yet another medal ceremony, let's take a look at the makings of this otherworldly athlete.

Bolt's relaxed demeanor is a far cry from the bravado boasted by other superstar athletes. "Worrying gets you nowhere," says Bolt. "If you turn up worrying about how you'll perform, you've already lost. Train hard, turn up, run your best, and the rest will take care of itself."1

Research presented to The British Psychological Society found worrying about performing at your best is the most effective way to ensure you performance is subpar.2 A few butterflies in the belly are perfectly natural, but an unyielding fear of failure is the surest way to make sure your next sporting outing is a complete dud.

Before your next big contest, buy a new game, hang with some friends, or do your tax returns—anything but dwell on your fears.

Bolt may seem like a "runaway" success, but he hasn't always led the sprint rankings, despite dripping in gold. For him, there are lessons in losing.

"I think sometimes, when you're on top, and all you do is win, win, win, win, win, you get lazy and lose focus," he says. "When you lose, it opens your eyes, and you get serious. There is always a time when it is good to lose, at the right time for you." 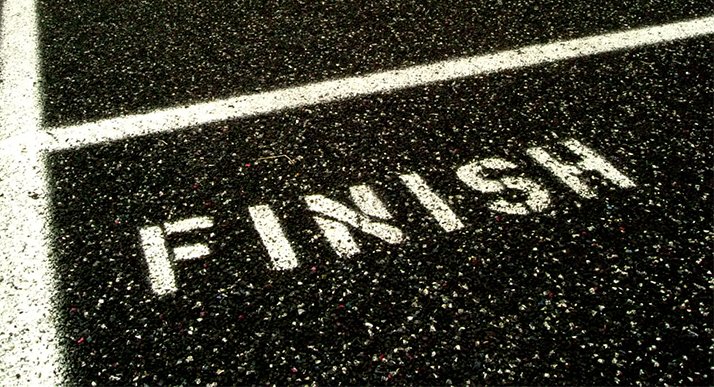 Few athletes will have Bolt's success, but he makes an important point: Don't get miffed about losing. Instead, harness that experience and learn from it.

As fast as Bolt is, he does have one flaw, which he's acknowledged: slow starts at the gun. He doesn't let this mess with his head, though. "I stopped worrying about the start," he says. "The end is what's important."