What Ingredients Are In The Best Testosterone Boosters?

This snippet is part of our series: Using Testosterone Boosters to Naturally Increase Test Levels

You've probably noticed there's a wide range of ingredients when it comes to popular test-support products. If you want to achieve the best results possible, it's important to know the basics about science-backed ingredients. Here's my list of top ingredients that can make a big difference in your T-levels within a healthy, normal range!

Don't get confused by the name: There's nothing Greek about this plant. In fact, it's actually produced primarily in India, but I'm sure you're more concerned with its properties than its origins. Traditionally used in the preparation of curry powders, pickles, and pastes, studies are now investigating fenugreek for its anabolic properties.

A study out of the University of Mary Hardin-Baylor in Belton, Texas, examined the effects of fenugreek supplementation on strength and body composition in resistance-trained men. Researchers found that while both the placebo and fenugreek groups significantly increased their strength during the first four weeks, only the fenugreek group saw significant increases in strength after eight weeks of training and supplementation.[5]

This lends to the idea that fenugreek could help you continue to increase strength and muscle after hitting a plateau. Additionally, only the fenugreek group saw significant increases in lean body mass at both four and eight weeks.

These are often in testosterone boosters individually, or combined in what is known as ZMA.

ZMA is a combination of zinc monomethionine aspartate, magnesium aspartate, and vitamin B-6. It's a recognizable name found on several supplement labels, including sleep aids and test boosters. Most often used as a recovery aid to help the body achieve deeper levels of REM sleep, ZMA claims to increase muscular strength and hormonal profiles.

Why bother with such common micronutrients? Because it's not uncommon for athletes to suffer from zinc and magnesium deficiencies, partly due to inadequate replenishing of levels after intense bouts of exercise. Deficiencies in these key minerals can lead to a poor anabolic hormone profile, impaired immune function, and increased cortisol, ultimately leading to decreases in strength and performance.[6]

In a placebo-controlled study, 27 Division II football players received either a placebo or a ZMA supplement for a total of seven weeks during their scheduled spring practice. At the end of the seven weeks, the players taking the ZMA supplement had a 30 percent increase in testosterone, while the placebo group had a 10 percent decrease. The ZMA group also saw an 11.6 percent increase in strength, compared to only 4.6 percent in the placebo group.[7]

Sleep better and get stronger—sounds like a win-win to me!

Yet another herb with a funny name! But this one is becoming more popular all the time, both in recovery-focused supplement blends and in testosterone boosters.

Popular through the centuries in Ayurvedic healing (a traditional practice of medicine in India) ashwagandha is what is known as an "adaptogen." This means the body may be able to use it to help adapt to stressors. While many people supplement with it for reducing cortisol, anxiety, and fatigue levels, ashwagandha also holds relevance for us here with potential testosterone boosting benefits.[8]

Though evidence is limited, ashwagandha supplementation has been associated with increasing testosterone levels in men, as well as some growth in muscle and strength in comparison to a group taking a placebo.[9]

Because of its anti-stress potential, ashwagandha is also one of the four supplements that exercise physiologist Mandy Wray recommends in the article "4 Supplements to Improve Your Sleep." There is also research connecting this herb to improved sexual health in both men and women.[10,11]

We should also mention that the name ashwagandha means "the smell of a horse," and in the ayurvedic tradition, it's said to give you the strength and vitality of a horse. So perhaps its reputation as a testosterone booster isn't so new after all.

D-AA is a naturally occurring amino acid found in the testicular Leydig cells, where it acts as a messenger between your brain and Leydig cells to convert cholesterol to testosterone. In theory, supplementing with D-AA should increase T-levels by improving the messaging system between the brain and testes.

Scientists in Italy found that subjects who consumed roughly 3 grams of D-AA for 12 days observed a 42 percent increase in testosterone levels.[12] The researchers also noted that the D-AA group still had 22 percent more testosterone than the placebo group three days after they stopped supplementing. Conversely, a more recent article published in Nutrition Research found no increase in testosterone levels in resistance-trained males after supplementing with 3 grams of D-AA for 28 days.[13]

Why the difference? The discrepancy in findings between these studies is likely due to the initial training status and base testosterone levels of the subjects. While more research is warranted on this ingredient, D-AA is one of several ingredients suggested to be effective in boosting test levels, especially for older men whose natural testosterone levels have declined due to the natural course of aging. 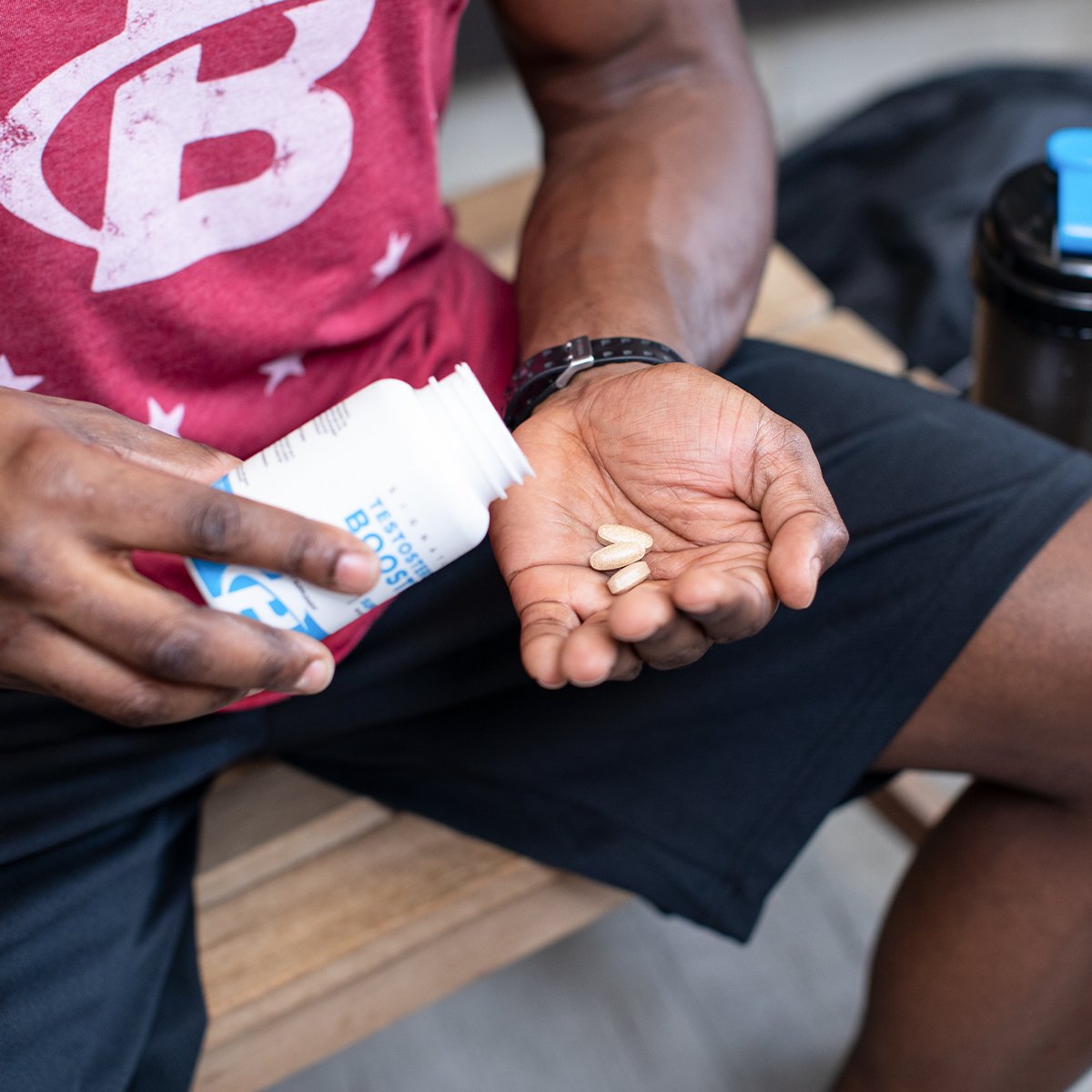 NEXT ARTICLE
How Can I Make My Test Booster More Effective With Exercise?