Iris Kyle may be the most successful bodybuilder ever. Will she continue her reign at the 2014 Ms. Olympia?

As expected of the world-class Olympia event, the stage at the Las Vegas Convention Center continues to attract top talent from all over the world. Every year, the competition is ruthless, but in recent years none can dethrone the nigh-perfect Iris Kyle. It seems that this 2014 Ms. Olympia may be no different.

Currently ranked as the best female bodybuilder in the IFBB Pro Women's Bodybuilding ranking list, Iris Kyle solidified her place in history as the most successful—female or male—bodybuilding competitor when she clinched her 9th title at last year's Olympia event. At the 2013 Olympia, she won in unanimous fashion despite an improved Alina Popa, her closest rival. 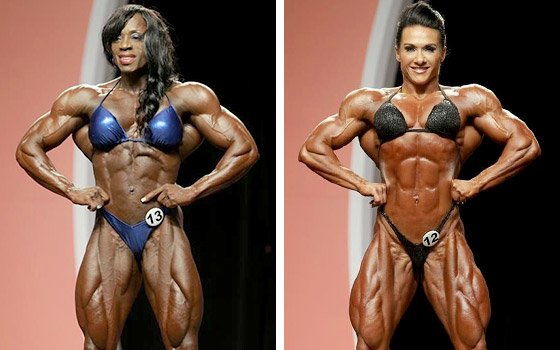 There are high expectations of Iris to once again dominate the competition. The only way a 10th title will elude her grasp is if she arrives with less-than-stellar conditioning. Not to disregard the other competitors in the show, Iris's genetics don't exactly give an even playing field. That said, if Iris doesn't bring her A-game, fellow Olympia contender Alina Popa has the best chance at beating Iris. The look Alina brought that night in 2013 was one of the most impressive of any female bodybuilder in years. Alina has added a bit of size to her frame since last year. If she brings the same conditioning she did last year, she'll be standing next to Iris once again for a possible win. 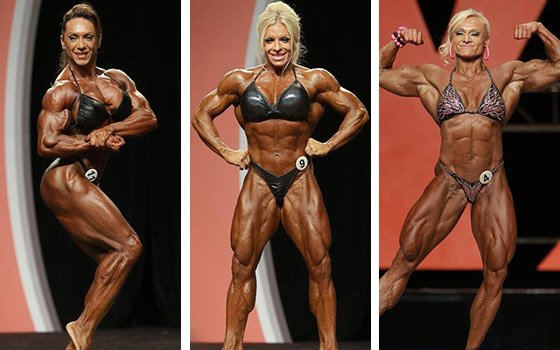 In 2013, Debi Laszewski edged out Yaxeni Oriquen-Garcia by one point to take third. I anticipate the two of them will find themselves in a similar position this year. My bets are on an improved Yaxeni and Alina to challenge for top placement. Then there's Slovenian bodybuilder Brigita Brezovac, who has the potential to shake up the top spots. Brezovac has a great muscular frame, and if her conditioning is on the money she'll be in the top five again this year.

Fellow competitors Anne Freitas and Maria Rita Bello will be fan favorites because of their extreme conditioning and insanely shredded muscles. How is it even possible to be that peeled?

These are my predictions going into the 2014 Ms. Olympia. No one knows for certain what will happen, but keep your eyes focused on the Las Vegas stage this weekend!

Watch the action as it unfolds on Bodybuilding.com's live webcast coverage of the 2014 Olympia!

2014 Figure Olympia Preview: Who Will Take The Crown?