Treadmill To Trail: 5 Keys To Making The Switch

When it comes to running, not all terrain's the same. Take the time to plan so you don't get caught in the elements unprepared!

Whether you've recently started a running routine or you're a seasoned veteran with countless indoor miles under your belt, there will probably come a time when you want to feel the pull of the great outdoors. When this happens, don't resist it!

While treadmill running offers a great deal of convenience and control, there's nothing quite like barreling down a dirt path or paved trail, taking in the scenery along with your vitamin D. Not only is this the cure for the boredom that can come with a long treadmill session, but Mother Nature will also provide you with a whole new set of challenges to overcome.

Outdoor running tends to be slightly more challenging than treadmill running because you're no longer just setting your feet to the pace of a motor-powered belt. It's all you.

For this reason, there are some important things to take into consideration before you take to the trails. Here's what you need to know. 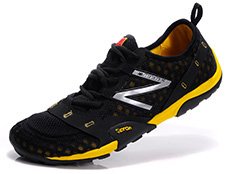 Running outdoors will force you to deal with elements that the flat, smooth treadmill belt never threw your way. The added effort of propelling your body forward with each step, combined with uneven surface, wind resistance, and any other unexpected obstacles—hello muddy hills and random rocks—means added strain on your joints and muscles. Depending on the time of year, your chance of rolling an ankle or slipping on ice could be much greater, so arm yourself with footwear that's up to the task.

Your tried-and-true running shoes might be enough, but depending on how rough, rocky, hilly, or messy your trail of choice is, you might find that an actual "trail running" shoe might be a better choice.

There are just as many choices in these as in road running shoes, so you can make the choice based on how much support, cushioning, rock protection, and motion correction you need for the distance you plan to cover. Modern trail running shoes include everything from tiny lightweight flats to low-top hiking boots, so shop with an open mind and try on multiple models.

On the treadmill, you can simply step on, run, and step off. But out in the world, you need to be aware of where you are. While it might seem self-explanatory, but too many runners get excited when they're outdoors and run farther than they're ready for. Then, when it comes time to run the distance back, they're exhausted, getting blisters, or rushing against the clock.

Running on a trail is going to feel harder than an equivalent amount of indoor running, so start with a shorter distance. Your first trail run is not the time to max out. You can always add more miles later.

Even if you like the adventure of going out without planning, consider tracking your distance with a running watch, GPS app, or even just a simple pedometer.

That way, instead of relying on random trail markings or roadside maps, you can know basically how far you're traveling and when to head back. 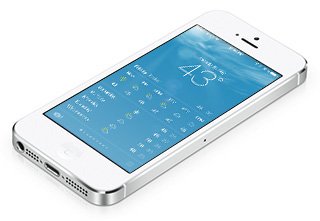 The modern gym's 68-degree room temperature and built-in fans make for prime running conditions. The same cannot be said for running outdoors. The elements change for no one.

No matter how tough you think you are, check the weather forecast ahead of time and dress accordingly.

A good rule of thumb is to dress for weather 15-20 degrees warmer than the temperature, because your body temperature will rise as you run. You might be afraid of getting a chill out there, but it's equally likely that you'll find yourself overheated or sweating excessively, so wear layers.

You should feel slightly chilly when you first head out, because your body will adapt. Running in the heat? Consider investing in some breathable clothing designed to wick sweat away.

It's always a good idea to first scout any lengthy running route you're planning and take note of any hills or unexpected challenges that path might pose. If you can drive alongside it, do so. If not, consider your first outing a scouting mission, and don't be afraid to walk some portions until you're familiar with the route and its elevation changes. 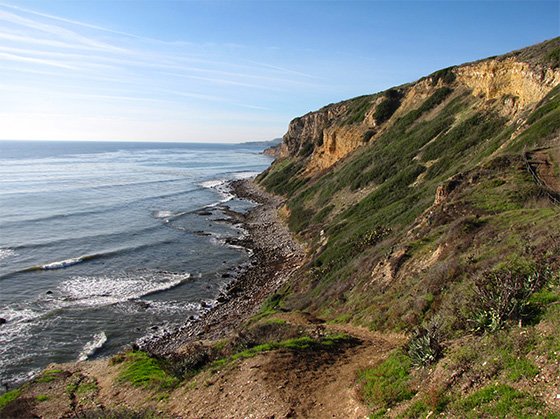 That may sound like overkill, but if you do the majority of your runs on a flat treadmill, even a small hill can really increase the difficulty. Ease into these added challenges. If you aren't quite ready, you can tire out prematurely, making the trek home miserable.

On the treadmill you simply press "pause" and go get a drink—maybe during a commercial break. Outdoor running doesn't always provide that luxury, particularly on trails. Water fountains can be far and few between, even if you're running in a park or something similar. Once you get further out in the bush, forget about it.

If you're heading out for a longer run or starting a marathon or half-marathon training plan that requires you to go for longer than an hour at a time, make sure to plan ahead. Keep fuel and hydration options on hand, or plan for accommodating rest stops along the way.

Gel carbohydrates and additional fluids aren't as crucial when you're only doing a 3-6 mile run, but as you near the 10-mile mark and beyond, replacing lost fluids and energy will become critical to safety and performance.