Here are 5 transformations that show the reality of what many actors and actresses do to be successful in any challenge they take on! Check out the amazing changes they underwent right here!

From 179 pounds, to 119, to 191. From night stalker, to night owl, to 'Dark Knight.' Christian Bale's transformation is nothing short of a miracle.

It all started with, "American Psycho," when Bale got ripped in the year 2000 to play the psychotic role of serial killer, Patrick Bateman.

From 2003 to 2004, he went on a diet of lettuce, cigarettes and celery (going from ~179 pounds to ~119) in order to portray industrial worker and insomniac, Trevor Reznik. 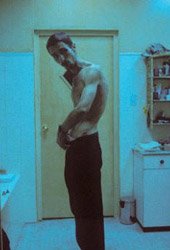 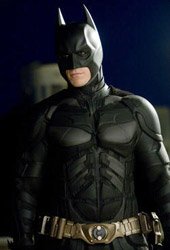 Click Image To Enlarge.
From The Machinist To The Dark Knight.
© 2004 Paramount Classics / © 2008 Warner Bros.

When he got cast by Christopher Nolan in 2005 to play Batman, he knew that work had to be done. So he buffed himself up to roughly 200 pounds of lean, tight muscle. And hasn't looked back since.

Linda Hamilton, Cameron Diaz, Sigourney Weaver. All Hollywood leading-ladies with really feminine musculature. They have the kind of bodies many women want to have because they are so tight and defined, and men aren't intimidated by because they're not grossly massive.

Hilary Swank joined the ranks of these stars in Client Eastwood's 2004 picture "Million Dollar Baby." She played the role of Maggie Fitzgerald, a poor 31-year-old waitress, who decides she wants to make something of her life by trying her hand at boxing. She trains for hours on end, every day ... just like Hilary Swank did to get in shape for the role. 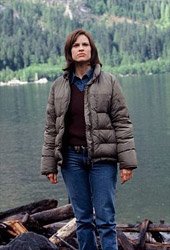 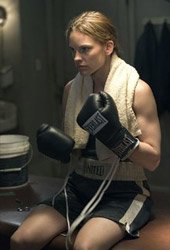 For all her hard work, she received a tight, slender body, with a wide, full back and a boxer's round shoulders. She put on 20 pounds of lean muscle for the role, and came out swinging.

We knew him as college frat-boy Van Wilder. Or as the scrawny roommate on ' Two guys, a girl, and a pizza place.' We never thought of him as a 'hunky beefcake' until he surprised us all in 2004 with " Blade: Trinity."

A rippled 6-pack, toned, cut arms and shoulders a bodybuilder would envy, made him the new heart throb of the big screen. He wasn't so big that women would get turned off by him, and he wasn't so small that men would call him puny. He got cover after cover after cover of men's health magazines, wanting to know how and why he transformed himself. 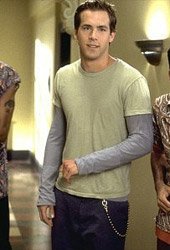 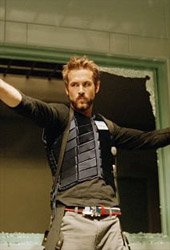 He became a perfect balance of aesthetics and musculature. Here's hoping he stays like that.

Charlize Theron is the first South African actor to win an Oscar; and it's no wonder why. In every movie she does, she starts to personify the role. For example, for " North Country" and " Monster," Charlize Theron had to downplay her looks, gain weight (~30 pounds), and look like she hadn't showered in weeks in order to play a mine worker and serial killer, respectively.

But for 2005's "Æon Flux", she got into her role playing a feisty, mysterious assassin. Charlize had to wear a skin-tight leather suit while making 'saving the world' look easy. So she trained her butt off, lost all the weight (and then some) from her previous movies, and became the superhero portrayed in the comics. 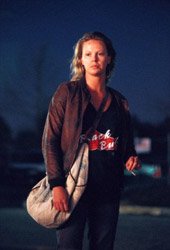 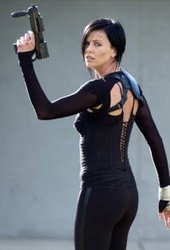 4 months. Almost everyday. Spartan Training. There is no way Gerard Butler would have been as convincing as he was in the role of King Leonidas, in the 2006 film "300," if it wasn't for the physique he has, and power he exemplified.

Imagine someone like Screech (from Saved by the Bell), leading the Spartans into battle against the Persians at Thermopylae. I can't picture it. Can you?

For the role, he had washboard abs and broad, chiselled shoulders that weren't hidden behind a fake suit (like in Batman or Spiderman). This gave Butler all the more reason to get in shape for the role; he wasn't about to hide behind some superhero uniform. 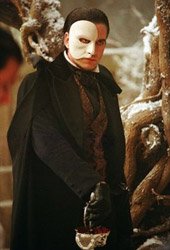 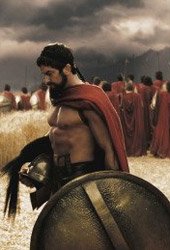 He did his homework. By his own admission, "It became an all-consuming task. That's because the intense training required to build a warrior's physique -- aesthetically and functionally -- simultaneously cultivated a warrior's mentality."