After watching her mom and sister complete a fitness camp, Tiffany decided it was her turn to get in shape. So with the help of her coach, she was able to drop 93 pounds and begin competing! Read on to learn how she did it.

I was tired of being fat. There was no real one moment to lose weight. I made up my mind after seeing my mom and sister go through a fitness boot camp that if they could do it, I could do it. Later I joined the Extreme Makeover program with that trainer and she helped me lose 70 pounds in three months!

During that time I learned all about bodybuilding. I learned how they ate, worked out, and why they are so darn picky about food. After that weight loss I gained a few pounds back and made up my mind to drop some poundage. 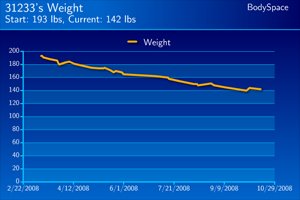 I went into a supplement store by my gym and asked if there was anything new and exciting. The guy at the desk quickly reminded me of everything I learned a few months back. It was how you ate and how you worked out. It was a lifestyle. He wrote up a quick diet for me and in no time I was dropping pounds! Eventually he suggested I compete in figure. 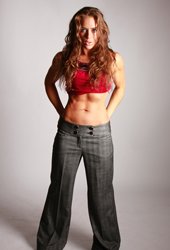 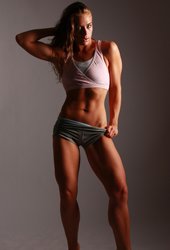 Click Image To Enlarge.
I Was Dropping Pounds In No Time!

After making up my mind to compete I hunted down a coach on Bodybuilding.com. I found Sean Calder on BodySpace. Shortly after he was my coach he had me on a diet and supplementation routine that I stuck to. Every time I had a question he was there to answer it.

Since I had the goal to compete in my mind it kept me motivated to stick with the diet and exercise. Eventually I began to love working out and would get excited about my oatmeal in the morning. 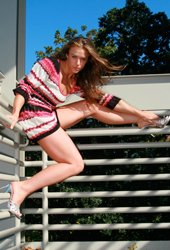 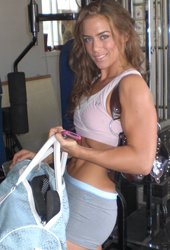 Click Image To Enlarge.
Eventually I Began To Love Working Out.

On October 18th I placed first in my height class (Figure Tall) at the Northwest Bodybuilding, Fitness and Figure Championships in Olympia Washington! It was awesome! 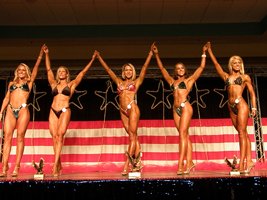 Click Image To Enlarge.
I Placed First In My Weight Class At The 2008
Northwest Bodybuilding, Fitness & Figure Championships.

Here are a few tips I have learned on my journey: 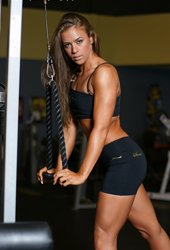 Click Image To Enlarge.
Here Are A Few Tips I
Have Learned On My Journey.