The Benefits Of Probiotics And Prebiotics

The next big thing is the tiniest thing: the probiotic bacteria located within your gut. Here's what you can do to optimize your internal environment for health and performance!

It's become increasingly clear in recent years what the next major area of exploration in human health and performance will be, and the answer might surprise you: the gut! I'm not talking about belly fat, although as you'll see, that is part of the conversation.

Research shows that the bacteria located within your gastrointestinal tract—also known as your gut—have a major influence on your health and athletic performance. To be clear, this is a relatively new area of inquiry, and there are several factors that may influence the bacterial makeup of our gut that are beyond our control. But one major variable we have control over is our diet.

Based on what we know right now, the game plan for improving your gut health should include increased consumption of both probiotics and what are known as "prebiotics." Here's how to get them, and why.

Why the Good Bacteria Matter

Probiotics are tiny, living organisms, like some bacteria and yeast that reside inside our gut. Not all bacteria are probiotics, though. The "pro-" prefix marks the ones that are thought to provide a health benefit.

There are plenty of them inside you right now—think 100 trillion, not just millions or billions. Still, several varieties dominate the landscape, such as Lactobacillus and Bifidobacterium, the two most common bacterial forms.1

Probiotic organisms are found in a wide variety of fermented foods such as yogurt, kefir, buttermilk, selected aged cheeses, sauerkraut, kimchi, and kombucha.1 Supplementation is also a popular route to increase probiotic intake. 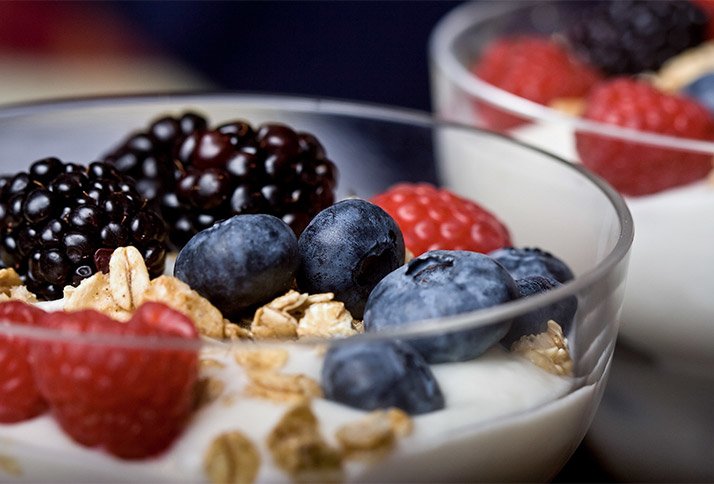 Probiotic organisms are found in a wide variety of fermented foods such as yogurt, kefir, buttermilk, selected aged cheeses, sauerkraut, kimchi, and kombucha. Supplementation is also a popular route to increase probiotic intake.

An intricate and very personal relationship exists between diet, microbes, and the gut. While a similar microbial core is shared among individuals, each person has a distinct and variable gut makeup influenced by their genetics, lifestyle, diet, and environment.2

When things go bad in the gut, a disease-prone environment termed "dysbiosis" takes hold. This is when a few potentially harmful bacterial genera or species predominate over more favorable strains. Diet-induced dysbiosis has been identified as a contributing factor for the development of a range of cardiovascular disorders, colorectal cancer, irritable bowel syndrome, autoimmune diseases, Crohn's disease, obesity, type 2 diabetes, and ulcerative colitis.2, 3

The underlying mechanisms by which gut microbiota can impact metabolism and body composition are still unclear, but it seems clear that there is a relationship. For example, humans with metabolic syndrome have improved their glucose homeostasis, lipid metabolism, and insulin sensitivity after transplantation of gut microbiota from lean donors.5

Regardless of why you want to improve your gut health, the most important reason seems to be to optimize the ratio of good bacteria to bad bacteria in the gut. When this happens, several health benefits have been shown, including:

There is also promising and ongoing research tying gut health to everything from cognitive function to emotional health, but most of this remains in its early phase.

So how do you maximize the good guys and minimize the bad guys? Upping the number of good guys with both food and supplements is a start. So is giving your probiotics their food of choice.

In order to thrive, probiotics need a sufficient and consistent food supply. Enter prebiotics, or prebiotic fiber. Prebiotics are indigestible food ingredients that act as a food source for probiotics. In other words, you can't digest them, but your gut bacteria can. (Yes, "can't digest" means they'll probably make you gassy. But it'll get better with time.)

The image of the bacterial buffet in your innards may seem a little remote, but the benefits associated with increased prebiotic fiber intake are real. They include: 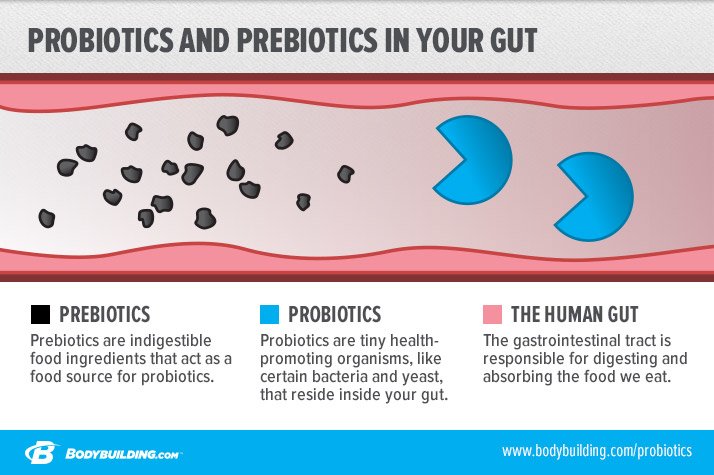 Some prebiotics occur naturally in foods such as chicory, Jerusalem artichokes, and a wide range of fruits and vegetables, particularly roots and greens. Seeds such as flax and chia, and some nuts (particularly with the skin on), have also been shown to contain prebiotics.1 That psyllium husk you may have taken to help you move things along in the past? Yes, it also contained prebiotic fiber.

Simply put, increase your fiber from all sources—which is a good idea in general—and you'll get more prebiotics in your diet. But it can be a battle, because most foods contain only trace levels. This is when people reach for supplements. The most popular prebiotic-rich supplements include inulin, insoluble corn fiber, and potato starch.

How to Get the Most out of Your Pre- and Probiotic

There are no clear-cut recommendations yet when it comes to dosing probiotic supplements. The dose will largely depend on the product itself and the bacteria used. You'll find products containing a wide range of strains in amounts ranging from a billion CFU (colony-forming units) to upwards of 50 billion.

Typically, a probiotic should contain several billion microorganisms to increase the likelihood of benefit.13 While several multivitamins now contain probiotics, the dosages are often minimal, so it may be worth your while to take a dedicated probiotic supplement for a while if you haven't before. You're trying to increase the overall volume of good bacteria in your gut, so most probiotics will recommend you take a dose multiple times a day.

When it comes to prebiotics, dosages range from 2-20 grams per day.1 The amount you decide to consume will depend on the ingredient, your tolerance, and the desired effect. Remember, prebiotics are indigestible, similar to fiber. Too much too soon can leave you feeling bloated. Start on the low end of this range and gradually increase your intake.

NLA For Her: Her Probiotic

Should I take probiotics on an empty stomach?

Some probiotic supplements advise taking them with food. Others—even with similar or identical ingredients—recommend taking them on an empty stomach. You'll find arguments online for both approaches, usually focused on helping bacteria survive the acidic environment of the stomach and arriving intact in the intestines. 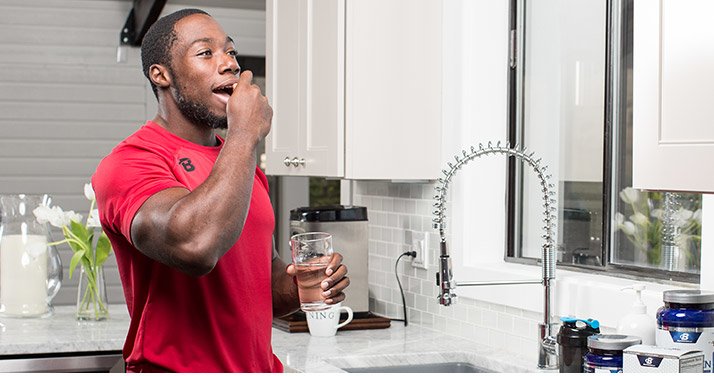 Take your probiotic according to the label's recommendations and whatever is most convenient for you.

Clearly, the research hasn't provided a definitive answer here, so for now, just take your probiotic according to the label's recommendations and whatever is most convenient for you.

Should I refrigerate my probiotic supplement?

Many probiotic bacteria are naturally sensitive to heat and moisture. Heat can kill the bacteria and moisture can lead to premature "activation" from the pills, only to see them die shortly after due to a lack of nutrients.

Ideally, you want to store your supplement according to the instructions on the label. Some supplements contain freeze-dried bacteria within capsules and tablets and do not require refrigeration; however, if ever unsure, storing in the refrigerator is your best bet.

Many probiotic-rich foods contain ample amounts of healthy bacteria. Others have far less, and with the current marketing craze around the term "probiotic," it can be hard to tell which is which. And the ones that contain the most live cultures are often, shall we say, acquired tastes—and expensive ones at that. Having a little spicy kimchi or kefir with breakfast: great idea. Drinking kombucha every day: expensive, and definitely not for everyone's palate.

The advantage of supplements is that they can provide substantial numbers of bacteria without requiring you to drastically change your dietary preferences. So consume fermented food if you can, and definitely aim to get more prebiotic fiber in your diet. But based on current knowledge—which is not nearly as much as we will probably know, say, five years from now—it's definitely a good idea to boost your ratio with strategic supplementation as well.

Jeremy Partl, MS, CISSN, has worked with all aspects of the population in providing nutrition counseling and education.