Squat Bigger With The GZCL Method

No vague tips here, just a solid training methodology one lifter developed that helped him put 200 pounds on his lifting total.

When I began competing in powerlifting, I decided to train like a powerlifter—an obvious choice to make at the time. However, I found that none of the pre-existing programs felt right. They would leave me crushed under too much volume coupled with too great of an intensity, or I'd walk out of the gym feeling like I'd hardly worked a sweat. I needed to find a sweet spot at which to train—somewhere between the heavy weights of a powerlifter and the higher volumes of a bodybuilder.

Through experimentation and looking back through my training logs, I inadvertently created my own training methodology that I now call the GZCL Method, which doesn't really stand for anything. Two years after its conception, my powerlifting total—deadlift, squat, and bench press—has increased by over 200 pounds.

GZCL is not a program per se, but rather a set of recommendations designed to help you squat bigger and better. Hell, it'll work with any lift you want to improve, but I'll warn you right now that gains come only with hard work, time, and patience. Let's dive into the details of the method and how they apply specifically to the squat. 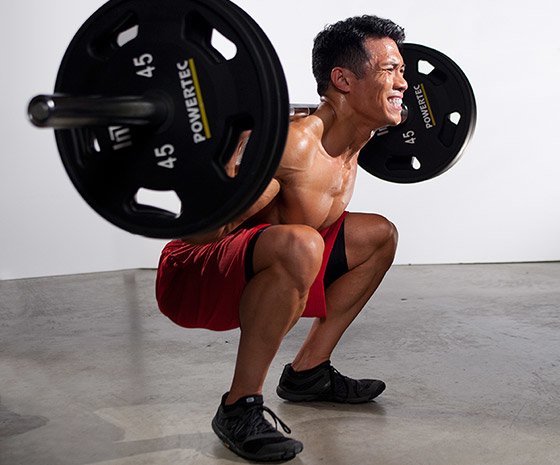 "I needed to find a sweet spot at which to train—somewhere between the heavy weights of a powerlifter and the higher volumes of a bodybuilder."

What Is The GZCL Method?

While this is only a primer, the GZCL Method establishes a few basic guidelines to help manage a training program's intensities and get people on the right path toward progress. Here are the things you need to know about the GZCL Method:

This is what it looks like, all neatly packed into a table:

Keep in mind that these guidelines are "soft" rules, meaning that there are times to push the upper limits on intensity and volume. Treat these more as gradients rather than hard transitions.

Think of building strength as a pyramid, which can stand as tall as its base allows. In order to build a tall and structurally sound pyramid, its foundation must be wide enough to support it! Therefore, the intensities you use stand at the apex of your pyramid and the volumes are its base.

This is your main compound movement for the day—in this case, the squat. In T1, you concentrate on moving heavy weights and practicing what could be your competition movement if you're a powerlifter or a weightlifter. With this movement as the central focus of your workout, you'll be able to fit in frequent technique practice with appropriate intensity and volume, thus building more confidence in that lift, which is something many strength training programs lack. It's crucial to feel confident under the bar in order to move around heavier and heavier weights. The GZCL Method certainly cultivates this mindset. 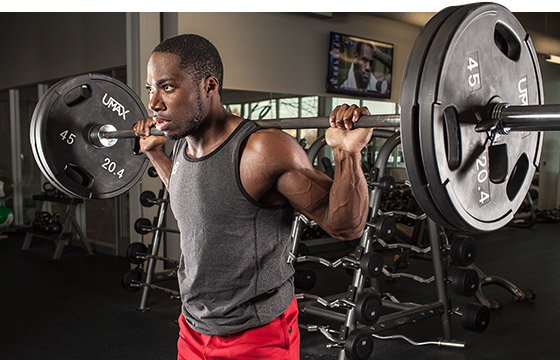 "In Tier 1, you concentrate on moving heavy weights and practicing what could be your competition movement if you're a powerlifter or a weightlifter."

This is your primary accessory movement to your squat. One or two exercises should suffice here. As with any accessory movement, it should improve upon your ability to squat bigger and better and should be performed in the 5-8 reps per set range for a total of 20-30 reps total. For example, if your squat is weak due to an excessive forward lean, you could help remedy this with a front squat or a good morning. Or you could make your T2 movement a lighter variation of the squat. As they say, practice makes perfect.

Now you're moving into bodybuilding territory! T3 movements consist of 1-3 movements that are often isolation-type exercises to help build the muscles that perform both your T1 and T2 movements.

With T3 exercises, you can move much lighter weights for higher repetitions and really focus on building specific muscles. As you become stronger, building bigger and stronger muscles plays an important role in continual progress down the road. I would suggest some leg curls to help develop your hamstrings for better transfer to your squat, or glute bridges to develop your glutes. Whatever your sticking point may be for your squat, focus your T3 movement on those and perform them in the suggested total rep scheme.

If you choose, you can continue to squat here for higher-volume training. If that's the case, you would use, say, 50 percent of your goal weight. In contrast, something like a leg curl would be in the 8-12 rep range for the 30 or more prescribed total reps.

Putting it all Together

All right, let's get the GZCL Method working to make your squat bigger, better, and stronger! In the following workout, I've designated the T2 and T3 accessory exercises to develop common weaknesses in lower body development. 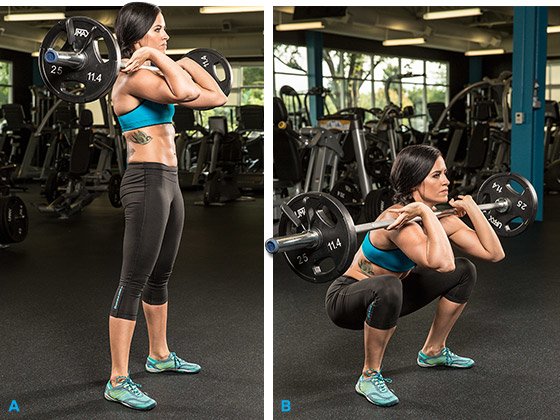 As prescribed by the progression chart, you begin with higher volume. As the weights increase, your total number of reps decrease. The only difference is that in the T1 category, all of the weights are decently heavy. Likewise, the T2 progresses in intensity, but in an alternating weekly fashion. With T3, you can focus on adding a bit of weight each week.

On the fourth, most intense week, you work your T1 up to as many reps as possible with 100 percent of your goal weight. This approach allows you to set a new, higher goal weight. Progress! If you were able to complete one rep of goal weight, that's still progress, especially after being fatigued from the previous sets. You may want to work on accessory movements and technique to be able to do more. 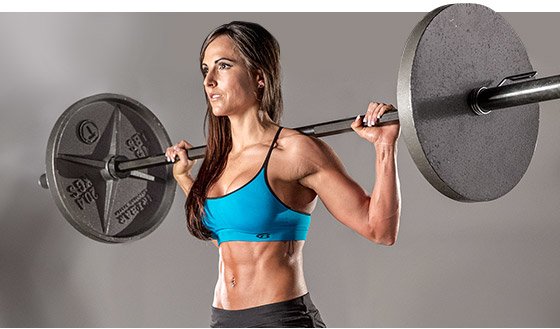 "If you were able to complete one rep of goal weight, that's still progress, especially after being fatigued from the previous sets."

If you find that you can do more than 4 reps, you want to add at least 15 pounds to your current 100 percent goal weight. Being able to complete additional reps at 100 percent of your pre-established goal weight is how you measure and continue progress with the GZCL Method. This way you can maintain rep quality, speed, and consistency without having to test for an actual max. Save those hard-earned efforts for when they count—on the platform!

For more information on the GZCL Method, check out my personal blog: Swole At Every Height. Drop your questions and thoughts in the comments below!

3 Ways To Improve Your Squat

Progressive overload can only help you for so long on its own. Eventually, you need to battle the weak points in your squat head-on by spending a few weeks with some more difficult variations of the "king of lifts." Enjoy the pain!

Beat Butt Wink: Squat Big Without
Hurting Your Back

Something strange is happening at the bottom of many lifters' squats. It goes by the name of butt wink, and if it's severe, it puts their back health and lift numbers at risk. Here's what you need to know!

The Road To Two Plates: You Can Squat
And Deadlift 225 Pounds!

Nearly every lifter can squat and deadlift 225 pounds with persistence, proper form, and the right program. Walk the road to two plates!

Cody is a Marine veteran and master trainer who has helped others get fit and strong. He is a nationally ranked raw powerlifter.