Karina Baymiller may have had 6-pack abs, but she wasn't happy. Learn how she let go of her obsession with image and built a healthier, happier, stronger body and mind!

In the fitness community, I'm most often recognized because of my big weight-loss transformation. I went from 185 pounds to a little less than 130 pounds. It took me a few years to get to my lowest weight, but I followed the motto that slow and steady wins the race and I never gave up. I know it was this attitude that helped me place second the 2013 Bodybuilding.com BodySpace Spokesmodel Competition.

Sometimes, I look back and can't believe how far I've come. I don't even remember the girl who had never stepped foot in a gym and gorged on pizza, chips, and ramen all day.

But I've decided my transformation work is not yet done—in fact, it's only just begun! I'm on a second transformation journey, and this time I'm putting my happiness and my health first. I'm transforming my body from skinny to strong, and my mind from unhealthy to happy. 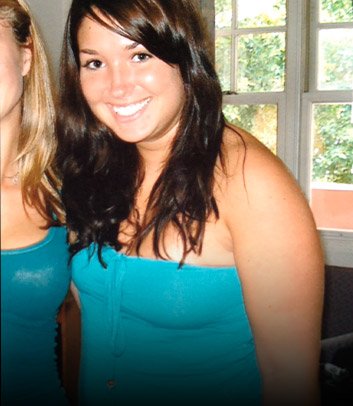 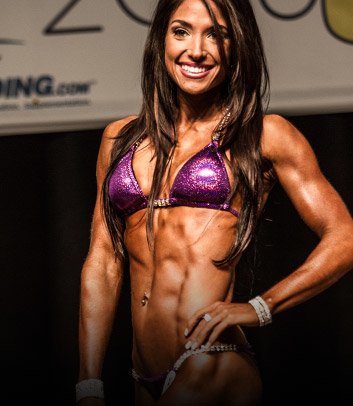 Why I Decided to Change ... Again

Believe it or not, when I weighed 185 pounds, I was one confident girl. I loved my body and never thought of myself as fat. I was who I was and that was that. I wasn't defined by my body's appearance. But that self-confidence changed the moment I decided I should lose weight. It seemed as though the more weight I lost, the more self-conscious about my appearance I became. I reached every weight-related goal I had set for myself, and yet I was never good enough.

At 125 pounds and with barely enough body fat to function, I competed for the first (and last) time with anxiety that I was "too fat" to be on stage. I had become so progressively wrapped up in numbers and body fat percentages over the few short years of dieting, that I was mentally destroyed.

I also noticed that my training started to suffer. I first began working out to be healthy and because I loved the way it made me feel, but I had lost sight of those reasons. I trained to burn calories and stay as thin as possible. If I didn't burn enough calories according to my heart rate monitor—which was never accurate anyway—my mood was ruined. More often than not, I would make myself go back to the gym later to do HIIT or run. I started to hate outdoor runs because I was forcing myself to do them. I allowed my training to control me. I stopped doing the things I enjoyed in exchange for doing whatever it took to stay thin.

Along with a severely distorted body image and training that was running me into the ground, my relationship with food started to become extremely disordered. Gone were the days of using food for fuel. If my food wasn't weighed out to the gram and if I didn't prepare it myself, I refused to eat it. There were days that I had full-blown anxiety attacks because I couldn't log something in MyFitnessPal. 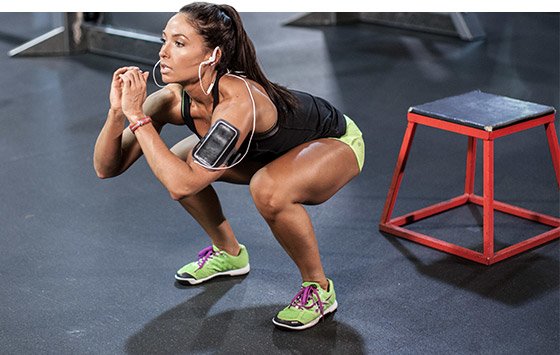 "If I didn't burn enough calories according to my heart rate monitor—which was never accurate anyway—my mood was ruined. More often than not, I would make myself go back to the gym later to do HIIT or run."

I began taking hours of my day to try to configure my food so I would hit my macros just perfectly. If I didn't, another anxiety attack would ensue. To say I was obsessed is an understatement. I restricted myself with calories, types of foods, and situations. God forbid I would eat a cookie!

I felt like I was drowning, like I was just barely holding my head above water. Everything I had loved so much in the beginning—the healthy eating, the workouts, my body—now had complete control of my life. They were no longer positives. They had become negatives, weighing me down with each passing day. I knew I had to change. It was only a matter of time before I broke down completely.

That's when I decided I wanted to find strength.

The first thing I had to change was my mindset. I had to let go of the unhealthy habits that were slowly suffocating me. My negative body image was, and still is to this day, the hardest thing to let go of. I found it much easier to allow for self-hate than to find self-love. Sadly, I think this is true for many people. But I had to let go. 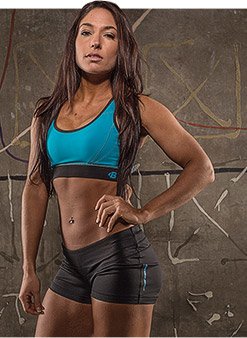 "I'm proud of the person I've become and the changes I've made."

I still remind myself of where I started. That girl sitting on her ass eating ramen all day is 180 degrees from where I am today, and she always will be. I'm proud of the person I've become and the changes I've made. Whether I stay the size that I am now or gain or lose a few pounds, I love who I am. My worth is no longer based on what the scale says in the morning.

I don't have "fat days" or "fluffy days" anymore, because quite frankly, I don't care. I refuse to let something like three pounds of water destroy my day. I know now that I'm healthier than I ever was at 130 pounds. My hormones aren't out of whack, I'm not moody or depressed, I don't have random headaches, I'm not constantly fatigued, and I don't feel weak.

Unfortunately, there's a widespread belief that equates health to six-pack abs. This might be true for some people, but for the majority it's not. I can lift more, sprint faster, and am healthier now than I ever was. There is beauty in strength. I don't just say it, I know it.

I wanted my fire for exercise to burn like it did when I first started lifting, so I let go of the forced daily runs and extra HIIT sessions to "make up" for calories. I began to utilize conditioning work 1-2 times per week instead. I added back my short outdoor runs, but much more infrequently, and never because I felt pressure to burn a certain number of calories. I threw my heart monitor away.

I also discovered powerlifting. When I finally dropped the light-weight, high-rep stuff I was doing to stay thin, I started following Wendler's 5-3-1 program and quickly fell in love. My strength skyrocketed, and when I decided I wanted to take my training to the next level, I signed with The Strength Guys. Now, the spark is back when I'm in the gym. I feel the fire again. 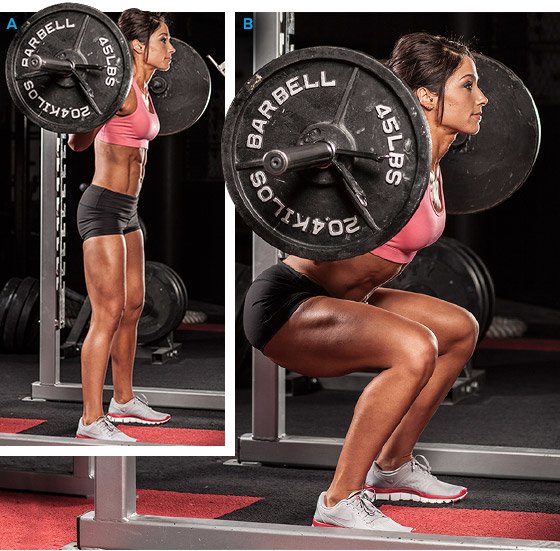 Throughout my second transformation, I've found myself spending more time with friends and family. They couldn't care less what I look like—my abs make no difference to them. As long as I'm healthy and happy, they're happy too.

It's funny because these are the people I pulled away from when I started my downhill slide into disordered eating and thinking. I sheltered myself from everything that wasn't fitness related, even friends and family. But when I finally let go of the obsession and the stress, I felt free.

During this second transformation, I found that the middle is where I want to be.

The fitness community is full of extremes. We work out until we can't move. We eat diets of tilapia and broccoli. It takes a strong individual to endure what we put ourselves through. But during this second transformation, I found that the middle is where I want to be.