Every bodybuilder I speak to seems to utilize only one progression scheme, i.e. double progression method. For those unfamiliar with double progression, it is the method whereby you increase the reps until you reach a predetermined maximum number and then increase the weight to limit the number of reps again. For example; you can do 50 pounds in the dumbbell bench press for 8 reps this week. Next week you go for 10 reps. If you get them you increase to 55 pounds in the following week and go for 8 reps again. This system does work very well and has worked for a vast number of bodybuilders over the decades since bodybuilding's meager beginnings. However, everyone seems to totally miss the other form of muscle progression.

Muscle can be caused to grow in (at least) two ways: alpha and beta strength. Alpha strength is the ability to perform under a very limited time frame, like a one rep max for example. This is what we normally apply when we do x number of sets for y repetitions and then increase the weight accordingly. It is also the same application that is applied when we increase the number of repetitions at the same weight, well to an extent anyway. This is the type of progression that every bodybuilder almost invariably performs. The second type of progression is almost always total ignored. Thus robbing the vast majority of bodybuilders from a large amount of potential gains. What a shame that almost every system of bodybuilding, including the newest "scientific" training systems, have totally left it out. It makes you wonder how scientific these new systems really are!

This other form of progression, beta strength progression, is volumetric in nature. This doesn't, however mean that switching to high volume training is the answer to breaking your training rut. That would likely be bodybuilding suicide. What we are about to employ is a system of volumetric progression. This is an idea that I toyed with a number of times over the years but failed at. The biggest obstacle was always that I constantly tried to increase the weight used during an exercise instead of sticking to my plan of progression. I had planned on increasing the set number of each exercise for a number of weeks. By doing this my body would slowly adapt to the stress of performing more work and my idea was that this would mean increasing muscle size. However, this meant that after only a few weeks I would burn out and all progress would stop, because while I was increasing volume I was still increasing weights. I soon learned that the amount of weight lifted was not the only sign of progress in bodybuilding. 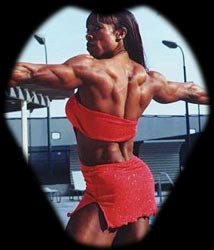 In fact, one could progress for lengthy periods of time without increasing weight lifted at all! The first step in this system is to decide on what your given resistance is going to be. I usually start with a lower than normal resistance, about 90% of my current best, in order to allow for a short break in period. Believe me the break period is worth it cause you will have to poor it on eventually. The idea is to forget about weight progression and instead increase the number of sets performed at each workout. I usually stop at 6 sets since beyond this point overtraining begins to develop. This means six weeks of the same weight used until you can perform a total of six sets at a given rep range with the same weight.

In order for this to work the way we want it to there have to be a couple of controls set into place. The first is time. I always tend to keep an eye on a stopwatch when training, but here it is even more important. Pick an amount of time between sets somewhere between one and three minutes, shorter times are preferred, and stick to that rest time always! I use one minute as my gold standard but that's an arbitrary number that I decided on and is comfortable for me. In your first workout you will be doing only one set at the given weight. Undoubtedly an easy task, but don't get discouraged, it will get much harder, especially if you choose a relatively short rest time between sets.

The second control is rep number. You will have to decide on an appropriate number of reps and not allow yourself to go under that number. If, in any week, you don't make your rep range you simply hold at the same number of SETS for the next week. Note I said sets. This is your progression scheme. We are looking purely to increase volume over time. For those who have read my "Cumulative Fatigue Training" article you'll already be familiar with the advantages of higher volume training. Again do not try to increase the weight you are using, not yet anyway.

The idea here is that you increase your muscle's anaerobic endurance over time. For this reason we keep the same weight and add another set to our training whenever possible until you are able to do (for this example) six sets in good form with the same weight. When you can finally do your full six sets with the same weight it is then time to increase the weight and start the cycle again at one set and begin working your way back up to six sets. The great thing about such a progression scheme is that you can usually increase the weight by a significant amount between each cycle. Often in the way of 10-20 pounds or more. In a normal progression scheme, i.e. double progression, the weight jumps are no where near this amount. This type of progression cycle can continue for quite some time. A year of such cycling can still be producing sound gains in strength and size. What's more is that this type of progression is almost perfectly suited to gaining muscular size because it causes the increase in strength necessary as well as the increase in muscular endurance. An almost perfect combination of the two forms of muscular strength. It also has a built in periodization scheme which means that plateaus are prevented.

This system was designed with a HIT type training program in mind but can easily be applied to any program. For high volume types this may mean decreasing the volume of work at the beginning of the cycle and then working back up in volume near the end. For HITers the opposite is true, you increase the sets from your current low volume format as the cycle progresses. As you can see the application is endless. This system helps to utilize the best of all training systems. I hope to hear about your results soon. You have nothing to lose, well except that skinny body. Don't be afraid to swim against the popular training tides. It can really payoff in a BIG way when you do.