Get Aggressive: For Raging Muscle Gains!

We've all experienced days when we were punching out reps with something we normally couldn't budge, when we felt all-powerful like some sort of mighty beast.

"Grrrrrrrarrrr!!!!!!" - Lou Ferrigno as The Incredible Hulk, tipping over a pickup truck with bad guys inside, c. 1978

Moving monstrously heavy weights is not something that is easy to do, even when you have built yourself up to a level of strength far above that of the typical mortal man. We've all experienced days when we were punching out reps with something we normally couldn't budge, when we felt all-powerful like some sort of mighty beast. Yet we've all known other times when even our warm-up poundages felt like a ton, and home started looking like a nice place to go immediately.

The Key To Growing

Obviously, the key to growing is challenging your muscles to do something they've never done, up to that point. The most tried and true method of accomplishing this is by increasing the resistance. Bigger weights for 6-8 reps is the gospel for increasing muscle mass. But how can you lift heavy and feel strong all the time, without popping enough Anadrol 50 to have the local organ donor clinic sending you away politely? The key is in creating aggression. 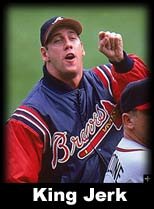 Aggression by itself is not a good thing. People who are aggressive all the time tend to have high blood pressure and fatal heart attacks, not to mention being jerks who few people can tolerate. What we want in the gym is controlled aggression that can be turned on and off at the appropriate moments. Aggression is actually as much a physical state as mental, and it's a state that can help you heft some ridiculous iron.

If you've ever seen world-class powerlifters right before they stomp onto the platform for a thousand-pound squat or an 800-pound deadlift, you know what I mean. Coaches slap them, they snort ammonia capsules, and they basically work themselves into a frenzied rage before lifting what seems like impossible weights. You can bet your ass that their heart rate and adrenaline levels are through the roof. Here's how you can put this technique to work right now so you can start handling more weight today.

Probably you have something in your kitchen cabinet right now that's one of the cheapest, most effective stimulants on earth. No, not crystal meth, (unless you're a biker or trucker) good old coffee. If you don't already reap the significant benefits derived from these little brown beans, you're missing out. Caffeine stimulates the central nervous system effectively, and safely. It is by far the most frequently used "drug" on earth.

Billions of people every day depend on a little "boost" from caffeine in their coffee, soda, or tea to wake up or stay awake. How do you think Juan Valdez can hump that big sack of beans through the mountains of Columbia all day? Caffeine almost instantly makes you more alert, energized, and increases your motor skills. For the past few years, bodybuilders have been getting incredibly inspired workouts by stacking ephedrine with their pre-workout java.

Side effects may include shakiness, loss of appetite, and trouble falling asleep if you train in the evening. These are a small price to pay for feeling powerful and intense within a few short minutes of imbibing. Other products like Electric Orange have been reported to be even better at invoking these desirable effects. No matter which type or brand you choose, take advantage of stimulants. They are definitely the first step toward creating the aggressive state we want to harness all of our potential strength.

"Getting into state" is a phrase often used by success coach and infomercial tycoon Anthony Robbins. It describes a method of putting yourself into a mental and physical condition where you are at your absolute peak, ready to do or accomplish anything. Before you laugh it off as marketing hype, I can honestly tell you that at one of his "Unleash the Power Within" seminars, this technique enabled me and five thousand others to safely walk on red-hot coals on the very first night.

And yes, the coals were quite real. I got one accidentally stuck between my toes and didn't feel my flesh burning until I was well off the bed of glowing embers and "out of state." Many of you may already do something that puts you into a state of peak performance already, and not even realize it. You may put a certain song on your Discman every time you go for a maximum squat, closing your eyes and breathing deeply before you dip under the bar.

You may tap the bar a certain way, clap your hands, snap your fingers, or shout encouraging phrases like, "Come on!", "This ain't nothin'!" or "I got this, I got this." (Proper grammar has no place on the killing floor of the gym) For me and many others, getting into a state to lift the heaviest weights means whipping yourself into an aggressive state. To get an idea of what works best for you, think back to a time when you felt very strong.

Try to recall everything about it. How were you standing? How were you breathing? What did you see? What did you hear? What were you thinking? Maybe you even remember a certain scent? The point is, deep down you already know how to put yourself into a state of peak performance to lift heavy weights. Now you need only to learn how to reproduce that state at will.

Cursing has always worked well for me as a means of instantly slipping into a different mood. Because you generally only use the filthiest of curse words when you're royally pissed off, something in your mind seems to snap into an angry state if you say them with enough conviction, even if there's nothing to be mad about.

Heavy breathing, combined with a litany such as "c*m*u*z*er, motherf***ing bitch!" spat through clenched teeth, usually does the trick and gets you ready to inflict some serious damage. Since most gyms frown upon such blue streaks in their esteemed facility, it's best to cuss under your breath. You may still offend the local pastor, taking in his daily workout a few steps away, but you can always apologize later. One thing you won't have to apologize for is the stupefying weight you put up and the swollen muscles busting out all over your body.

Formless, undirected rage will work by itself, but its intensity can be greatly magnified if you can channel it toward someone or something specific. This shouldn't be too hard, as few of us are as forgiving as Jesus. Maybe you have an ex-wife who took your house and your favorite sofa, an ex-girlfriend who slept with all your friends, or an evil boss that made Adolf Hitler seem like an affable chap by comparison.

If you are one of the truly nutty cats like me who competes in bodybuilding, think about that guy that beat you and stole your rightful victory. People seem to work better as focal points than merely getting mad at the government (unless you live on a compound in Montana) or the latest Pauly Shore movie HBO is showing for the thirtieth time this month.

Music Can Calm Even The Most Savage Beast

Just as certain music can soothe and tranquilize you, there are some types that will make you feel energetic, powerful, and fearless. If you've ever seen the mosh pit at a punk rock show, or some of the melees that break out at rap concerts, you know that music can certainly contribute to berserk and even violent behavior. Driving beats and screaming guitars create an atmosphere of intensity and excitement. 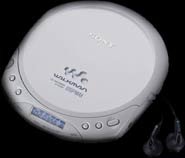 Walk into any gym or health club and this is what you will hear blasting through the sound system. I once worked at a health club where the owner insisted on playing only "oldies" music from the 50's and early 60's. Only the truly dedicated trainers were able to generate true intensity, while the others sleep-walked from machine to machine in a lackadaisical haze. Wearing headphones will assure that you can listen to exactly what you want, at whatever volume you want.

They also help you to shut out the outside world for a brief time and focus everything you have on your training and your body. Some bands that have proven the test of time on the Walkmans and Diskmans of many hardcore bodybuilders include Rage Against the Machine, (naturally) Metallica, White Zombie, Ice Cube, and Soundgarden. Of course, listen to whatever gets you revved up. Just makes sure it makes you want to go ballistic, not take a nap or make out with your girlfriend.

A Note Of Caution

Now that you have learned how to use aggression to become a bigger, stronger bodybuilder, be sure to turn it off once your set is over. Because some people may formulate erroneous ideas about you based on the ferocity they witness, go out of your way to be courteous and smile at everyone. Unless, that is, you want most of the people in your gym to fear you. In essence, be mean and nasty during your sets, but be nice the rest of the time. What good is an improved body if everyone thinks you're an a-hole?

Putting It All Together

It's the ideal situation. You're warmed up. Caffeine and ephedrine are pumping through your bloodstream like flaming rocket fuel. You're in a state of total arousal (no, not that kind of arousal) and rage. A five-hundred-pound squat may have been too much for the old, wimpy you, but not anymore. You dip under the knurled iron bar and blast it off the supports with a clang of metal.

One, two, three, the reps keep coming as you stare at your face, a grimacing, reddening mask of rage, in the mirror. When the set is over and your legs throb and crumple beneath you, you will know that aggression isn't always a bad thing. Put to proper use in the gym, it will take you to new levels of size and strength. Yes, the meek may inherit the earth, but the aggressive will be there to lift it for them.

Reprinted with permission from eMuscleMag.

Great articles on nearly all aspects of bodybuilding to help you succeed.