Over 40 Amateur Of The Week: Lifetime Lifter

Matt's bodybuilding journey began 39 years ago when a tumor in his back forced him to work out or wear a brace for life. The choice was obvious. He grabbed iron and never looked back!

My journey in fitness began when I underwent invasive back surgery to remove a tumor on my spine at age 13. It was so large that it pushed my spine laterally and the doctors thought it was scoliosis, or lateral curve of the spine. I was misdiagnosed three times before a doctor at the New York Hospital for Special Surgery figured it out. It was successful, but after a full year in a body cast, the doctor wanted to fit me with a full-torso back brace for life. I refused, saying, "There has to be another way." After an awkward pause, and some back and forth, it was going nowhere, and I still wasn't going to do it. The doctor finally mentioned that exercise was starting to come into favor at the time in physical rehabilitation circles and suggested it "might" work. 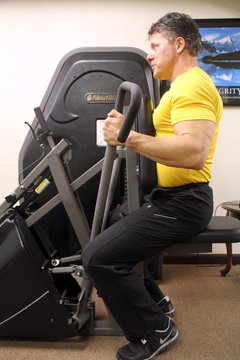 The doctor took a big risk letting me go un-braced. I wasn't going to let this one-time shot pass me by. I studied everything I could related to fitness and nutrition. I read every food label my mom brought home and bugged her to not buy anything that wasn't healthy. She laughed about what a turn of events this was, teenager to Mom. I wanted nothing artificial to eat at all. I trained hard year-round, like a maniac, despite having kids throw rocks at me, beat me up and tell me to quit. I had no gym, so I used the school's weight room every chance I got and even snuck in when it was locked. I would slip out of physical education and go to the weight room. The coach caught me in there more than once, but nothing was going to stop me. The same coach who yelled at me eventually saw that I was truly on a passionate quest, not being rebellious for the sake of it, and eventually started looking the other way when I went in there.

When I was 17, after four years of training, I could bench 290 pounds twice and press 145 pounds overhead for 10 reps. I beat my coach in a dip contest he had never lost before and wanted to use what I accomplished physically to help other kids like me to be accepted in my gym. By age 19, I could bench 330 twice and 115-pound dumbbells for five reps.

My entire life has been devoted to fitness training for myself and others. I want to motivate people to be the best they can in whatever they do and to never, ever quit. I go into the entire story and my training in my book, The High-Intensity Way.

I found that a three-day high intensity workout regimen, Mike Mentzer's original Heavy Duty, worked best for me. I take a rest day between every training day and on the weekends. I do abs on two of my off days. I do no more than three sets per body part and go to total failure. Be sure to give full effort on each set, only stopping when you can't do anymore. It's easy to trick yourself into thinking you really went to failure and did all the reps you could. Track your reps and weight. One rep more performed from the week before is a significant strength increase. With HIIT, you should get stronger each week and get bigger.

To shock the muscles, I work in:

I do these techniques to shock my body to grow further. Doing this every third or fourth workout avoids plateaus and overtraining.

My passion was fueled by not wanting to wear a brace for the rest of my life. The more adversity I faced, the more it seemed to fuel me. The negative energy turned into positive determination. I faced many struggles along the way, but the worse it got the more it drove me to keep going. One of the biggest kids in school used to defend me when kids picked on me. He flew in and beat them up. It was awful being in that position.

We always had contests in the weight room to see who could lift the most weight. The bench press machine was the most popular, especially when someone put the pin at the bottom of the stack. Some kids did it and very few for reps. The big kid who always helped me was the champ. He was able to do it 20 times. After a couple years of training, I decided to try it. Kids laughed and teased me, because although I got bigger, I was still pretty skinny. My strength was ahead of the size gains. I insisted through the snickering and beat his record with 22 reps. He shook my hand, congratulating me. He didn't have to jump in for me anymore. 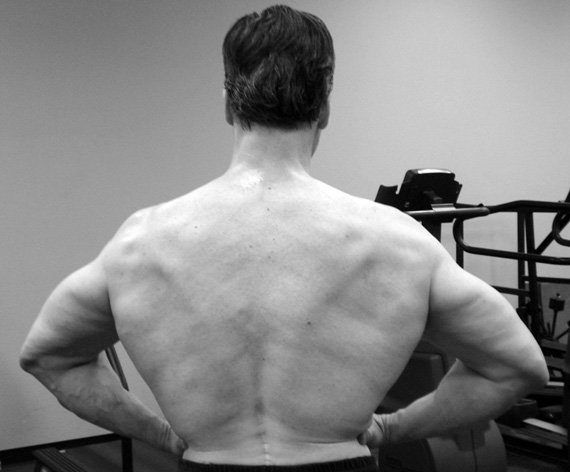 What and What Motivated You?

First and foremost, I wanted to be healthy. I was in the hospital in bed for so long that I had to learn to walk again. My first goal was to walk and get out of there. Most kids in the Hospital for Special Surgery didn't get out and lead normal lives. When I saw my first issue of Joe Weider's Muscle Builder/Power magazine, I aspired to be the next. I'm getting there now, and the greatest thrill is the chase for it. Always stay hungry for your goal, but don't lose sight of how far you've come and don't miss the joy of the process of getting there; the fight.

The adversity I faced when doctors were doubtful I could live without the brace and other people telling me it can't be done drove me. God is my ultimate source of strength and He used the difficulties and setbacks to drive me further. I used to love training late at night in my basement gym when I knew others were asleep. I used to go to quiet places alone and gather up energy from standing on a remote hill or mountain, thinking of my goals and why I'm here.

It took two and half years off to do calisthenics for the challenge to see how many I could do and use it to raise money for charity. I reached my intended goals with: 425 fist push-ups in 19 minutes; 365 strict-form pull-ups in a half-hour, 640 in one hour, 1000 in 1 hour and 45 minutes, and 2000 in one workout.

Now I want to turn my attention to bodybuilding, which I find the most enjoyment from. I didn't like the way my body looked doing the training style mentioned above. It was great using it to help people and raise money for worthwhile causes, but I can use bodybuilding for good causes as well. I lost 30 pounds training high-volume for pull-ups and push-ups. My workouts lasted many hours a day. I'm training exclusively for bodybuilding now and want to be the best I can and bring back the old-school training that helped me so much. I plan to enter my first contest this year. I gained all 10 pounds back this year. It took 11 months training all-natural. I plan to go further, finding what my absolute maximum genetic potential is. 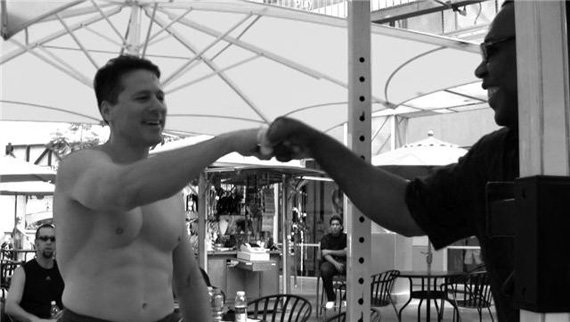 Staying consistent and never quitting. To achieve anything worthwhile requires steady, hard work. This is especially true with fitness. Let nothing derail you. Most people will tell you that you can't do something big. Let it fuel you all the more.

Mike Mentzer, because he made the most efficient, effective way to train with splits. I'm grateful for all the hard work and research he put into it. I owe him a lot and benefit tremendously from it. As Dorian Yates said at a recent high intensity training seminar, traditional high volume training does work, but HIT works better. He would never have won six Mr. Olympias without it and wouldn't have been able to raise the bar in bodybuilding without it. Mike Mentzer showed Yates the system as well.

Bodybuilding.com has been helpful with the level of bodybuilding athletes on the site. It's the best, and the best people gravitate there. This motivates me tremendously. I want to be the best and by going on Bodybuilding.com, I know what the best looks like and what I have to do to achieve it. The articles on supplements are helpful for understanding details behind products. It's important to have a trusted resource like Bodybuilding.com.