Muscle In Mumbai: Q&A With The Man Behind India's First Pro Bodybuilding Contest!

Muscle in Mumbai: Q&A With The Man Behind India's First Pro Bodybuilding Contest!

Many people leave their homeland to search out greater opportunities abroad, but how many get to bring those opportunities back home with them. Sheru Aangrish, former Mr. India and 2002 British Champion, is bringing world-class muscle to Mumbai.

The Sheru Classic Asian Grand Prix Pro Bodybuilding and Fitness Championships will be held in Mumbai (Bombay), India, from September 23-24 at the Taj Lands End Hotel. The showcase exhibits the world's best pro bodybuilders and fitness models. The event will name an inaugural champion and award a $150,000 prize for first place in male bodybuilding. The Top-3 finishers will qualify for next year's Olympia.

The inaugural Sheru Classic is the first-ever pro bodybuilding competition to be held in all of Asia. Diehard (and new!) Indian bodybuilding fans will get a first-time in-the-flesh glimpse of such champions as Jay Cutler, Phil Heath, Kai Greene and Dennis Wolf in competition shape.

The overarching goal behind what will be the world's third largest bodybuilding event (one and two being the Olympia and Arnold Classic respectively) is, according to its founder and promoter Sheru Aangrish, to widen the sport's global reach. 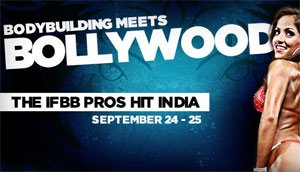 India is growing like crazy, so it's only fitting that pro bodybuilding take center stage in Bharat.

Learn More About The Sheru Classic.

"I have just tried to focus on helping to grow this sport all over the world," Aangrish said. "It is a very elite sport; it is a science and an art. The entire plan was to take bodybuilding to the mainstream. In the years to come I do plan to heavily commercialize this sport."

Sheru is a staunch advocate of the bodybuilding lifestyle and its sporting offshoot. He expects his pro event will further catalyze what is already a growing movement in India and greater Asia. He feels pro bodybuilding will grow exponentially in future years to become a commercial entity on par with organizations such as the WWE. He feels the Sheru Classic is the perfect vehicle through which to achieve such an ambitious aim.

Who is Sheru Aangrish? Few outside his native country know much about the man bringing pro bodybuilding to India. In the following interview, Sheru discusses his background, what fans and competitors can expect September 24.

Q: How did you get started in the bodybuilding/fitness industry?

As a 16-year-old student back home in India my brother [Hemanth Aangrish], who is a couple of years older than me, took me to the gym. Two weeks later I saw the results and got the feeling that this is a sport that I would really enjoy.

I saw improvements day-by-day and six months down the line I entered a local show and won. So my journey started back in 1994, when I was just a young kid in a small town of Ludhiana, Punjab, in northern India.

Q: You are also a pro bodybuilder, as I understand it?

I competed after this, but once you tear a pec, it's extremely difficult to sustain the conditioning you should be in to compete. But I love this sport. And even without competing I still wanted to be involved at some level.

Q: How did you get started as a contest promoter?

In 2009 I started a local shown in India - the Sheru Classic: just an amateur competition. But I saw that the bodybuilders in India and the entire Asian region were not able to receive the same benefits as those competing in America. I then decided to do a professional bodybuilding event in India.

I was given information to show that there had never been a professional bodybuilding event run in all of Asia. So I discussed this possibility with Jim Manion [NPC President and Chairman of the IFBB Pro League] back in 2009, and we decided that once we did it, we would have all of the top athletes and all the media coverage we needed.

We planned it two years ago. Now it is time to execute it.

Q: Are the people of India very receptive to your event?

The response we are getting to the Sheru Classic has been tremendous. There is a lot of hype in India concerning this event, and even in places outside of India. We are getting a lot of coverage and media attention back home as well. So people are really excited; many people in India have never seen a professional bodybuilding event; they dream to see guys like Jay Cutler compete and for Jay, and all these top guys, they are not guest posing as would normally be the case.

We also have a total cash prize of $150,000 dollars, which is the third biggest in the world, in only our first year of competition.

Q: It is conceivable that the Sheru Classic will enhance the profile of pro bodybuilding to where this sport will become more acceptable in the mainstream, more globally acknowledged. What are your thoughts on this possibility?

The entire plan was to take bodybuilding to the mainstream as well. In the years to come I do plan to heavily commercialize this sport, which we currently see with the likes of the WWE.

Q: What inspired you to establish the Sheru Classic? Was there a personal turning point that convinced you that running a show of this nature would prove successful?

When I was younger I did my master's degree [an MBA] in England. My whole business ideology and the way I do my job is that when I pick something I make sure I do it to the extreme, otherwise I don't touch it.

So my whole ideology behind the Sheru Classic is that I know what it takes to have this kind of event, I know exactly how difficult it is going to be and I know what it takes to be there and get it done. I have good relationships within and backing by the IFBB Pro League; I am very thankful to Jim Manion. Also, my older brother resides in India and I have good backing from one of my business partners in the U.S. So I have a good team around me.

There are many management partners in India who have done all of the work concerning music and television channels to help run this show. We will run a top class event; we know exactly what we are doing. We planned it in 2009, last year we worked on it and this year we will begin executing it.

Q: You mentioned earlier the prospect of further commercializing pro bodybuilding through the impact the Sheru Classic is expected to make. What else do you hope to ultimately achieve in running this show?

More than anything, there is a huge passion involved. In my first year spending that sort of money without any big sponsors from the U.S; just my personal relations and a couple of guys in India who happen to be from one of the richest families in India have backed me to support this event. Plus one of my business partners has been backing me up.

The whole motivation behind the Sheru Classic is to expand the sport of bodybuilding and make in globalized. What we saw 10 years ago was bodybuilding being commercialized and featured by the likes of ESPN.

Since then we have seen a big time de-commercialization of this sport. I have just tried to focus on helping to grow this sport all over the world. It is a very elite sport; it is a science and an art and I love it. For me it is a passion and once we enjoy anything, money comes automatically.

Q: It has been said many times that pro bodybuilding will never become mainstream due to its less than conventional portrayal of the human form and the smaller subculture of fans that support it. I'm assuming you would disagree with this statement.

I completely disagree with that statement. If WWE can become commercialized, why can't bodybuilding? WWE is just entertainment; bodybuilding is a sport, an art, a science and a way of life. It's a combination of everything and it has the freak show element so it is also a form of entertainment.

Our event will be covered on primetime in almost all of Asia. In the UK it will be covered by two TV channels. It will be webcast and will be in FLEX Magazine. I have met Mr. Joe Weider and he has given his blessing. Everybody I know is supporting this event and they really want it to be successful.

Q: It has been said that the Sheru Classic is the world's third largest pro bodybuilding event. True?

Yes, it is the third largest bodybuilding event in the world, after the Mr. Olympia and Arnold Classic. For our first year we will have $150,000 dollars in prize money, which I think is substantial. It is the first professional bodybuilding event in Asia and the first Jay Cutler will have competed in since 2004 other than, of course, the Mr. Olympia.

It is history making and a combination of a lot of things. For me it is a huge challenge and a lot of pressure, as well. Our plan is to have this event every year one week after the Olympia. And I'm very thankful to Bodybuilding.com as well; we have representatives from this company there as well.

Kris Gethin will be there to support his book. So this will also be a big plus for our event, having big companies like Bodybuilding.com supporting it along with a star like Kris Gethin, so I'm very thankful to him and Bodybuilding.com.

Q: Who is expected to enter this year's Sheru Classic men's bodybuilding event? 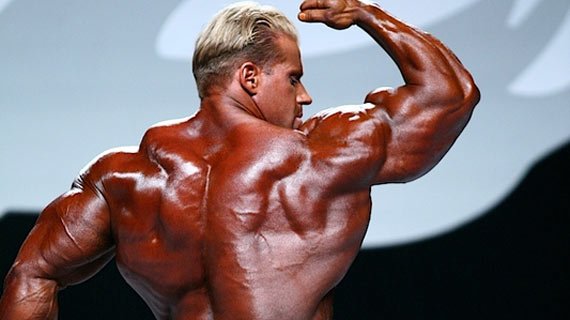 Jay Cutler is among the top bodybuilders in the world competing in the Sheru Classic.

So my plan was to have the Top-6 guys in the world. Have the one continental champion so we can spread this sport at a rapid pace. It is an international event and our goal is to have it globalized and make it mainstream. You can only make it mainstream if you have champions from all different parts of the world competing.

Q: What title will be given to the winner of the Sheru Classic and how much money will he receive?

He will be crowned Sheru Classic Champion and be known by the smaller name, Asian Grand Prix winner. The first place winner will be awarded $150,000 dollars and a crystal Swarovski trophy, which is sponsored by Swarovski.

Q: You will also be featuring figure competition. Who will be competing in this category and what prize money is at stake? 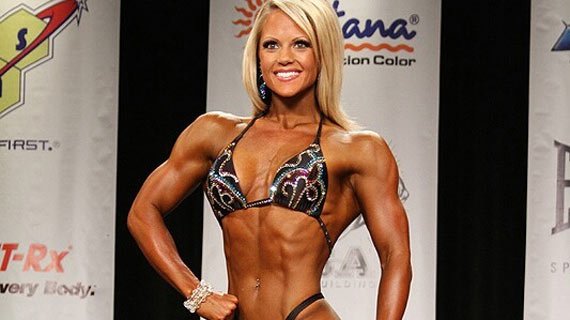 Q: Will the Sheru Classic feature anything new to the world of bodybuilding and fitness?

Yes there will be a big announcement at this year's Olympia: the amateur Mr. Olympia will be held in India beginning next year, in conjuction with the Sheru Classic. This means that every person who wants to be professional can compete in the amateur bodybuilding event the day before the Sheru Classic.

The winner will receive their pro card and will be able to compete in the Sheru Classic; which means we will see more professional bodybuilders from the Asia region and from India and this means the sport will become commercialized. Supplement companies will be attracted more to the bodybuilding scene in India, seeing the potential and the population and the mass market.

India is different to China; they [both countries] have almost equal populations, but in India, fitness is a rapidly growing industry. So the whole plan is to commercialize bodybuilding, and I think we [India] are in the best place to do this.