The science behind rooibos is growing. The benefits are becoming recognized for what they are. This amazing nutritional product is surely one to try. Read on to learn more.

The consumption of teas (infusions) made from the African red bush (Aspalathus Linearis) has long been a popular pastime in South Africa. The Afrikaans name for red bush is rooibos. This is the name that is becoming increasingly familiar to consumers in the United States.

It is becoming a popular replacement for regular teas and for green tea for many consumers because it is caffeine-free, and lower in tannins, yet has a similar and improved profile of health benefits.

The science behind rooibos is also growing. Studies are demonstrating that rooibos is rich in many of the ingredients that are proving of interest to scientists today.

Many scientists increasingly feel it is important that antioxidants come from rich mixtures of biologically active compounds in plants, rather than from isolated synthetic antioxidants.

For rooibos specifically scientists have found that it contains significant levels of antioxidants which are a possible explanation for its apparent health-promoting properties.

Rooibos has comparable amounts of the polyphenol antioxidants, such as flavonoids, that are present in green tea. The antioxidant effect of green tea is thought to be mainly due to these phenolic components.

Studies comparing rooibos with other teas found rooibos to have similar levels of the known antioxidants associated with green tea, for example. However, rooibos appears to contain additional active antioxidant components, which are not present in green and other teas, and may be more effective.

The methods of preparation of rooibos can be enhanced to increase its positive benefits, and the water-soluble component of rooibos also appears important therapeutically.

Botanically, rooibos contains other plant chemicals which account for its short-term effects in calming the nervous system, the gastrointestinal system, and other widely-reported effects.

As rooibos has no caffeine, unlike green tea and other teas, higher consumption of rooibos can be comfortably taken without unwanted side effects. Further, rooibos is more appropriate for children and others who should limit caffeine intake.

Studies on rooibos are showing that consumption of this tea provides a safe and effective way to get the benefits of many plant chemicals that protect the body against disease.

Another important benefit lies in the use of rooibos as a healthy fluid and electrolyte replacement. 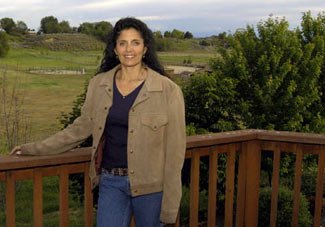