Kica's Desire To Shape Up Led To This Amazing Transformation

Kica wasn't planning to enter his first competition, but was talked into it at the last minute. Now, he lives for the physique stage.

In 1990, Kica Loliyong completed boot camp for the Marine Corps, logging the highest scores in his platoon on the physical fitness test. He served in Operation Desert Storm and was active, strong, and healthy—"a lean, mean fighting machine," he says.

More than two decades later, the phrase had changed from lean and mean to "comfortable."

"Over the years, I realized I'd settled into a traditional suburban lifestyle," he says. "Compounded with business travel and comforted by the fact that everyone around me looked the same from a physical standpoint, I thought it was OK."

Realizing that he wasn't happy with his body, Kica started to kick around the idea that he didn't have to be out of shape just because he was pushing 50 and everyone else his age seemed to be. So, he started making changes, one small step at a time. His results surprised even him, and, while he hadn't planned to initially, those results led him to enter his first competition. Now, he's an active physique competitor. 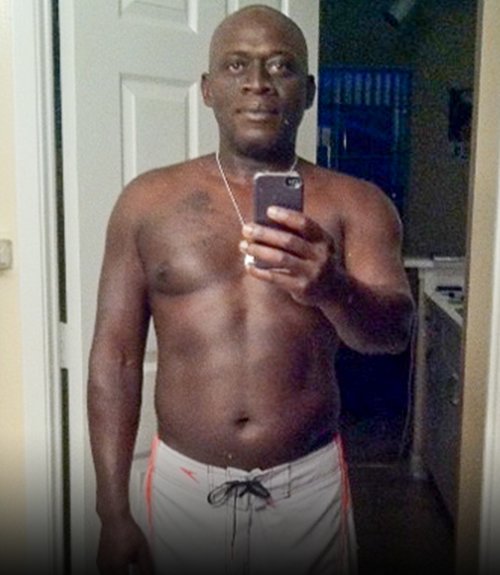 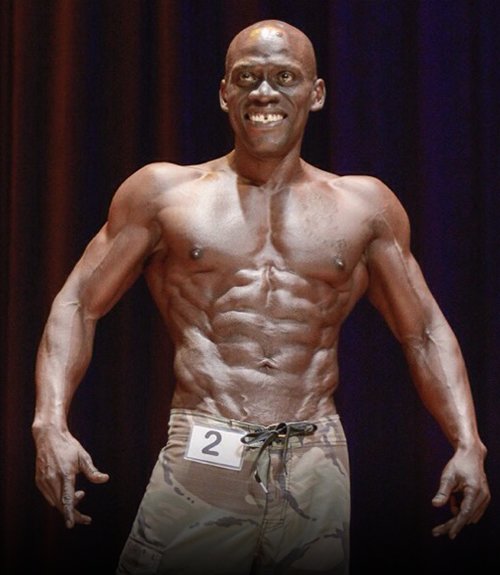 What prompted your transformation in the first place?

My weight gain came a couple of years after I retired from the Marine Corps and started working as a traveling sales representative. Long drives, a sedentary lifestyle, and fast food were the norm. I put on weight, and it got worse as I assumed managerial positions. I allowed my job to run my life, and I made no time for exercise.

What was your turning point or "aha" moment?

A few days after my 46th birthday, I realized I had simply accepted that my physique was what I ought to look like at that stage of my life. I weighed 215 pounds and had a 38-inch waist. I felt so mediocre, but the vast majority of my work colleagues and friends all looked the same, from a physical standpoint. I felt like I just belonged in their category.

Still, in the back of my head, there was always a voice saying that if I wanted to be healthy and live a long life, I needed to improve my fitness. There wasn't any specific event; I just realized I'd constantly been thinking about it, so I decided to take small steps. 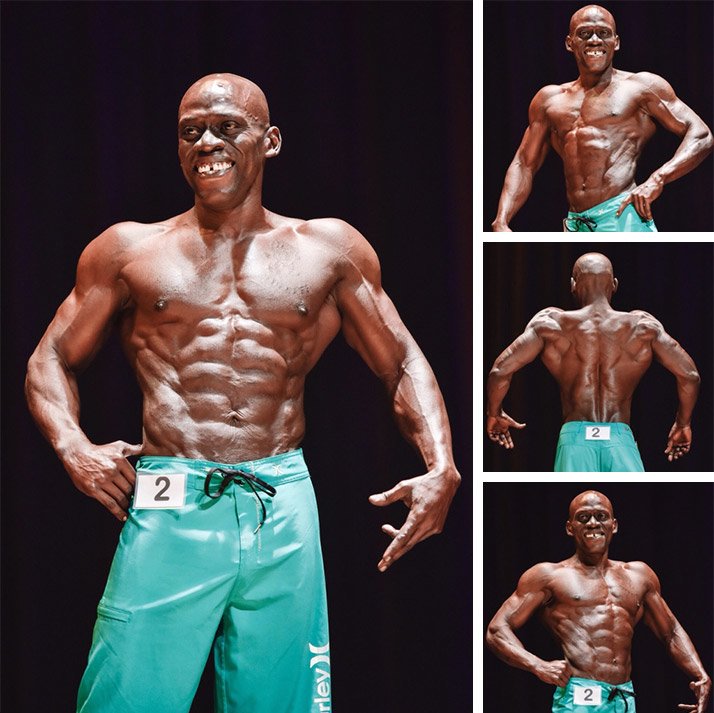 What small steps did you take?

The first thing I did was quit drinking alcohol. I have not had a single drop since August 2013. Next, I cleaned out my fridge, drafted a nutrition plan of my own, and restocked my fridge with only healthy items. Finally, I put together a lifting regimen, and I started my transformation journey.

What about your workout routine? How did you design that?

When I first started, I had no idea what I was doing from a physiological standpoint. I just relied on muscle memory I'd built up previously, and forged on. I also worked out seven days a week for the first 20 months of my transformation, which is too frequent. I made many mistakes along the way that resulted in muscular and joint pain, due to lack of rest and knowledge of correct lifting practices. As I continued, I began reading magazines and books on fitness, picking up the best practices. Those tips were key to me being able to sustain this lifting lifestyle. 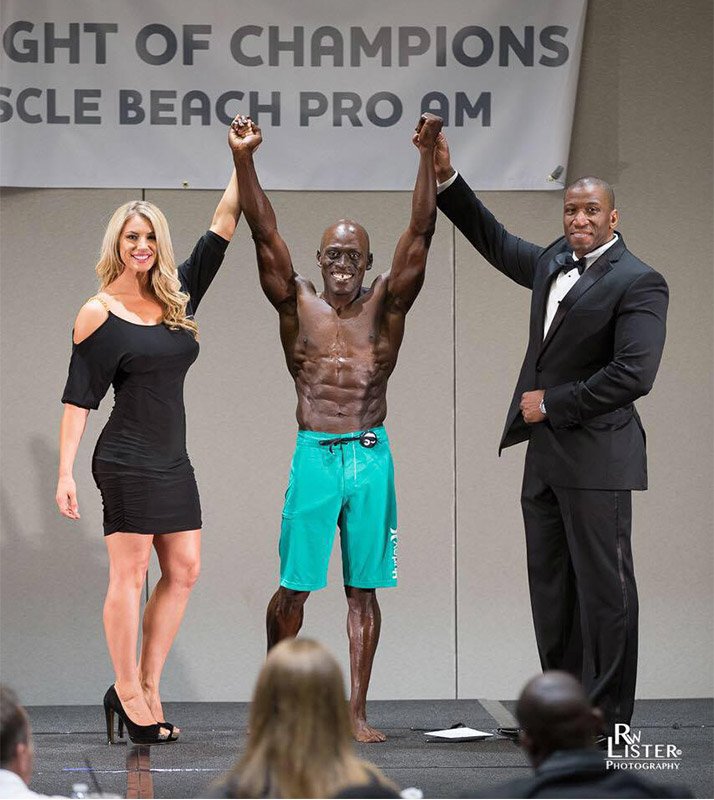 Was it difficult working out seven days a week? How did you keep yourself motivated through that kind of grind?

It was so hard working out seven days straight. My joints started hurting as I moved to heavier weights, and I was always exhausted, but I just knew that I had to keep grinding away. When my clothes began to fit better and my physique started to change, I felt like I was on the right track. That's what it was all about.

Of course, as I read more into fitness I realized my mistakes and began making adjustments, like allowing my body some rest. Surprise, surprise—the aches and joint pains went away. The motivation was watching my physique improve, my clothing sizes shrink, and having my friends look at me in admiration.

How did you end up competing for the first time? How did you prepare?

I called a show promoter, Patricia Valenti, to buy tickets to go and watch the Gold Coast Fitness Championships in Florida in April 2015. We started talking, and somehow during the conversation she talked me into signing up to compete. The competition was 10 days away, so I scoured the Internet and found an article titled "How To Prepare For Your First Bodybuilding Competition" on Bodybuilding.com. I took it as gospel and followed every step. Out of a class of nine competitors, I ended up taking third place in the Men's Physique Open category. On top of that, I was the oldest competitor in my class. It sparked a competitive drive for me, and I've competed regularly since. 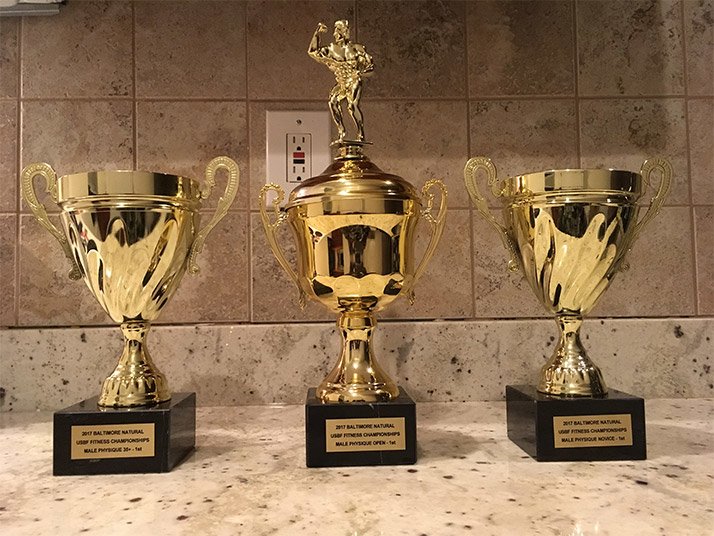 How did Bodybuilding.com help you with your transformation?

Bodybuilding.com has been an invaluable resource. It's where I solidified my nutrition plan by learning to count macros. It's where I learned that I needed to let my body rest to avoid sore joints. It's what got me ready for my first competition.