Louise Rogers is just a normal girl from a rural area in England. She's also the only British woman to be awarded an IFBB pro card in almost 5 years. Now she's preparing for her pro debut at the 2010 Europa Super Show. Learn more about her here!

In terms of my training and background, I began athletics training when I was in school. I was always talented at sports, particularly sprinting and hurdling. However when I left school I began attending the gym with my sister, simply going along and spending time on the stepper whilst my sister did her workout. From this point on I became quite interested in gym training and whilst at university (around 2003) I trained to be a fitness instructor, personal trainer and sports therapist.

After I had completed my qualifications in personal training I began working at a local bodybuilding/powerlifting gym and I was paired up with a colleague that was training for strongman events. I must admit at the time I thought this was an unusual pairing! I was actually into intense cardio work outs and more studio based classes etc. However he introduced me to weight training and after a few months I switched to strength training and bodybuilding, and almost completely removed cardio from my workouts! 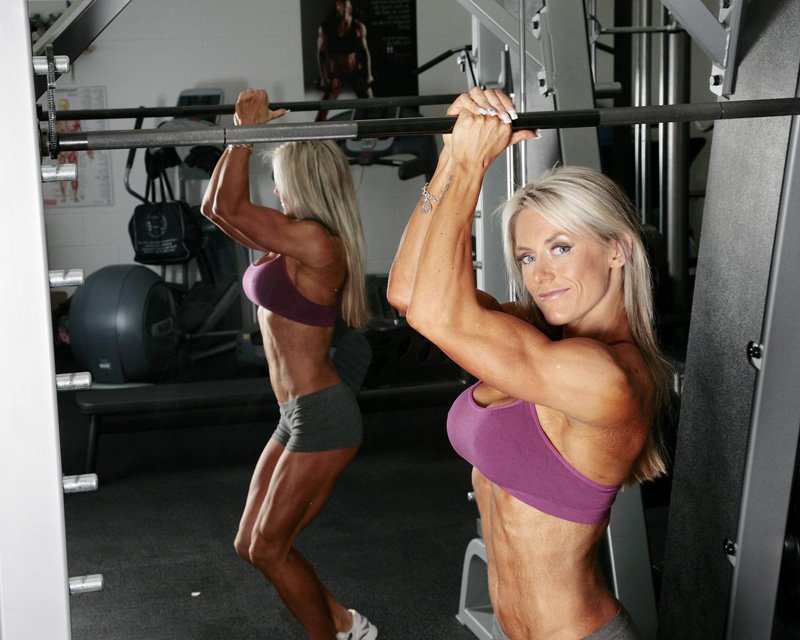 I do remember being at work and browsing through various fitness magazines, seeing the top figure professionals gracing the pages. It was an amazing look which I always felt would be unattainable. However my colleague (being Mr Positive) said "you could do this Lou".

So... from this point on 8 years ago I started weight training!

After several years of training with weights I had developed a shapelier body and I became interested in the IFBB Figure class. I did a great deal of research about how European competitors can move into this sport and discovered that I would have to compete with the UK affiliate to the IFBB - called the UKBFF. The amateur IFBB figure class in Europe and the rest of the world is called Bodyfitness. I decided to pick a local regional qualifier for this federation in a place called Portsmouth on the UK South Coast.

This qualified me to compete for the UK at the IFBB World Championships 2009 in Lake Como, Italy. It was at this competition I won my IFBB Pro card.

How come you chose figure over bodybuilding or bikini?

The bikini class doesn't really exist in Europe... so I wouldn't have had this opportunity.

I do like bodybuilding training but in terms of the muscle size required I would really struggle with my legs. I am quite tall, and before I started training I was very thin (pencil legs ha-ha)... So I think I would struggle to put enough mass on my legs. I have to work my legs extremely hard and be very careful with my cardio). I was more inspired by the figure class - I was drawn to it from a young age and knew that would be the one for me!

Which show(s) do you consider your biggest victory? Any disappointments? Anything you would've done differently?

My biggest achievement and victory? Well I only have three to look upon. However I think the IFBB World Championships was my best achievement. Given that no British woman had won a pro card in the UK since the federation stopped awarding pro status - so it had been about 5-6 years. To be honest the whole experience was very overwhelming. I could barely speak! The whole experience was unreal. Plus I had a great time meeting the IFBB Amateurs from across the world.

I haven't really had any disappointments... I always try and enjoy the experience as much as I can. I was disappointed that I couldn't compete in Hartford (due to other commitments) because all my prep had been planned to compete at this show. I've essentially had to continue dieting for weeks longer. I'm now faced with the Europa Show which I'm so nervous about! The more I think about it the more I freak out ha-ha.

It's just a really high profile show which will be very tough for my debut pro show. Anyway... nothing like a bit of pressure eh!

How did it feel to get your pro card so early in your career? In your first year of competing, you placed first at the UKBFF Championship. To what do you attribute your quick rise to fame?

I don't know how to describe how it felt winning my pro card. It was something that I never thought would happen. To win a pro card in Europe is very difficult! When I realized I'd made the finals and won a pro card I sat in my hotel at the World Championships in Italy and cried for a while... totally embarrassing to admit :) but still... amazing and I couldn't believe it!

I guess I have gotten this far so quickly because I've actually been training for 8 years. By the time I was about 23-34 years old people assumed I competed anyway. Even though I'd not really considered actually stepping on a stage.

Also - I must admit that I'm ultra consistent with my training both off season and contest season. I train religiously, but I love it and it's my hobby anyway!

How do you feel about competing in the United States vs. Europe? The look for figure is slightly different; did you take this into account during your prep for the Europa?

In a nutshell...I'm bricking it. As the British say.

Yes the look is different! I spoke to the American judges at the world champs and they told me to bring my legs in softer. I have taken this advice. Additionally I lost muscle whilst dieting for the world championships and have tried not to regain as much in the off season.

I'm just not sure what 'look' to go for as I've not been to a pro show before! But I'm going to just use it as experience and see how it goes. I'm definitely softer than I was. It's been more of a mental challenge making sure I don't come in too hard so far!

It's all giving me a headache. I just want to get out there and get the job done!

Could you give us a little insight into your workout regimen to prep for the Europa? 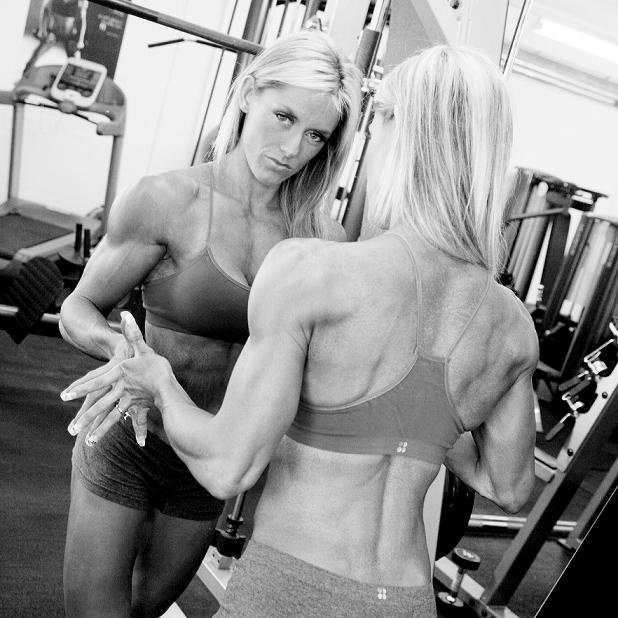 I have reduced all my weight training. I was training about 4 times per week, as opposed to 6. I also stopped training my shoulders.

I have also continued training my legs moderately heavy right into the final few weeks of my contest prep.

I concentrated more on my cardio training for this show. Again I stick to power walking and cross training predominantly.

How different is your training from in-season to off-season?

Off season I reduce my cardio sessions down to perhaps just 3-4 sessions a week of around 30 minutes. If I need to gain more muscle I sometimes completely cut cardio out.

I prefer to eat clean all year round and introduce cardio properly when I diet for shows.

I enjoy training heavy in the off season but I've had to reduce the amount of heavy training I do these days. I train with moderate weights, opting for a more intense work out. I keep my workouts short too!

I also enjoy the odd bit of kick boxing - not that I'm particularly skilled in this area. But hey it's sometimes nice to kick about! I've also recently started TRX training.

In terms of diet, do you tend to take a certain period of time to put on muscle, and then take time diet, or do you run mini cycles of bulking and cutting? How long do you usually take to prep for the shows? 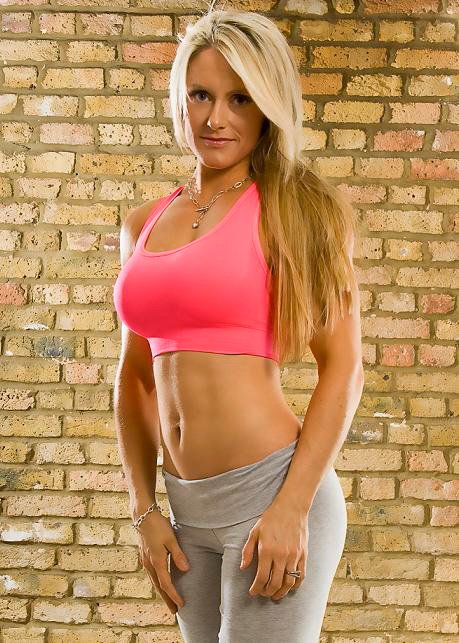 I periodize my training over the whole year. As you mentioned I cycle in strength phases, along with power and bulking phases. I try to ensure I only have to peak once or twice a year otherwise it's so harsh on your body spending too much time dieting.

I usually diet for between 13-15 weeks. I normally have an introductory few weeks where I start cleaning up my diet a little more, and reducing my intake of certain foods. Gradually I will become more strict and begin weighing my food, calculating all the exact macronutrients etc. I cut out various foods as I go along. I always utilize a low fat, moderate carb, high protein diet to compete.

What are your goals for the future? Both in terms of competition and life in general? Where would you like to go in the sport, and where do you see yourself in 2, 5 and 10 years?

One day I would like to compete at the Miss Figure Olympia. Although if this happened I might keel over! It would be the ultimate competition for me!

Life in general? Well I guess I would like to continue to grow my business, plus I really enjoy the TV work I've been doing. It reaches a wide audience and I'm able to promote the sport some more. I also try and keep my programs fun, quirky and straight forward - making the sport more accessible to the general public.

In the next few years I really don't know what life holds for me. I never thought in 2008 I would be where I am now, just in the space of two years. It's been a bit of a whirl wind for me and sometimes I think "how on earth did I get here?" But I truly love my training and I feel grateful for everything that's happened and the lovely people I've met in the process.

Do you have any last words of advice for aspiring competitors, figure girls or people who need motivation?

I guess there's nothing you can't do if you work hard enough! I'm really just a normal girl, from a small town in a very rural area of England who spent every day training, studying and working.... Now I'm in such a different place. Just being consistent and staying positive was the key for me. Also listening a bit more to myself rather than outside negative influence.