Fitness With Style: An Interview With WBFF Founder Paul Dillett

How did a former bodybuilder come to run a federation that's built around the idea that bodybuilding is dead? We ask the man himself to explain.

It's hard to miss them on the web: the racy shots of fit, beautiful hard-bodies rocking wild costumes that would look at home in New Orleans during Mardi Gras or Rio during Carnival.

These women are competing in shows presented by the WBFF, short for World Beauty Fitness and Fashion. They have the muscle and definition of ripped fitness models, but the theatricality, pounding music, and wild style of this competition make it clear that this isn't a traditional figure show.

The male competitors look different, too. Sure, they're jacked and cut to the bone, but even the largest of them has lean lines and proportionality that would leave them on the sidelines of a mass-to-the-max bodybuilding competition.

However, the founder of this series of physique contests is a former bodybuilder—and not just any bodybuilder, either. Paul Dillett was one of the biggest giants to tread the IFBB stage around the turn of the century.

So how did he find his way to promoting fit women wearing wings and tipping cowboy hats? To find out, Bodybuilding.com checked in with the big man himself.

Q
WBFF has a more dramatic, less hardcore look than the IFBB and NPC. But you were a mass monster in your day. What changed your preference?

I look nothing like those days. That was 80-90 pounds ago. It was a great time when I competed, because guys were actually friends with each other. That's what made it so cool back then. Myself, Chris Cormier, Flex Wheeler, Lee Labrada, Nasser El Sonbaty, Dorian Yates—it was an amazing group of guys. 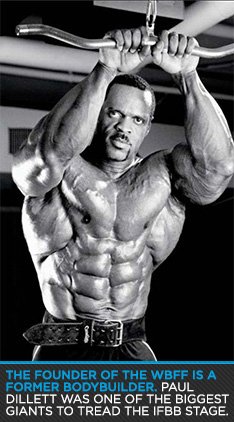 I look at bodybuilding today, and I can't lie: It disappoints me. Back when I competed, guys still looked aesthetically pleasing. Even when the guys were big, they still looked incredible. Now, the bodybuilders just look like a bunch of powerlifters to me. They're huge guys, but I don't see any shape in any of them.

When the biggest guy gets rewarded, everyone else feels the need to get bigger too. Somewhere along the line, everyone forgot about symmetry and balance. Everyone is just going for mass, mass, mass. I was one of the guys who started the mass thing. I told people, "Mass is class."

But, no matter how heavy I got, when I stepped on stage, I carried nothing more than a 30- or 31-inch waist. Today you can't find that. Nobody has that flat stomach anymore. It looks like guys have abs on top of a basketball.

I think bodybuilding is dead. It's nowhere nearly as popular as what it used to be in the '80s and '90s when it was at its peak. It was a different time.

What's the new direction you're trying to take with the men's divisions of the WBFF? 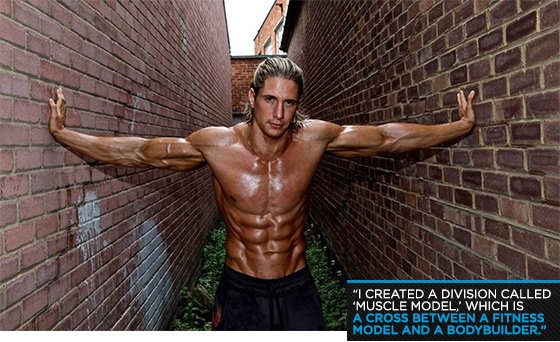 "Marketability" makes up almost half of your judging criteria. Explain what this means for your male competitors.

It's attainable, but it's also a sustainable physique. You can get that look naturally with proper nutrition. Yeah, you're going to have to bust your ass; it's not going to come easily, but it can be done. People look at the other guy and say it's not attainable, it's on another level. Either they just can't get it, or they just don't want it. The general public doesn't want to be associated with it.

Look at baseball. Think of some of the great players who were so incredible, but because their name has been associated with steroids, all of a sudden their popularity has diminished. These guys were so beloved by people. What do you think is going to happen to a tiny thing like bodybuilding?

So are you saying you want to present physiques that people can "believe in" in some way?

Don't get it twisted. I'm not a hypocrite. I love bodybuilding. I still admire all those guys, because I know they bust their ass. They're so deep into something, they can't turn back now. This is how they're making a living. They don't have a choice. 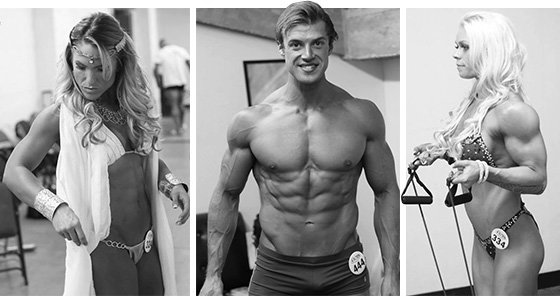 I am out of the game, and looking back at everything, I regret nothing. I loved the way I looked. I thought it was great. But, like anything else in life, you have to evolve. You have to change with the times. You have to give the fans and audiences what they're looking for.

People want guys they can look at and feel like they can obtain that look naturally.

Do you think there is a major difference between North American styles of bodybuilding and how the sport works in other countries?

What I find in Europe, parts of Asia, the Middle East, and South America is that the guys are not as big, but they have conditioning. Their posing is so dramatic. It's still an art form. It's completely different. Bodybuilding is still popular there. I find that in North America, and even certain parts of Europe like the UK, it has lost its luster.

[International competitors] have the tiny wasp waists and the washboard stomachs I wanted when I started out as a kid. If I could look like someone, those are the guys I'd want to look like. And this is coming from a guy who was one of the biggest bodybuilders of all time.

Your competitions have a couple of other unique divisions: "Diva" bikini and fitness models. How are these different from what we know? 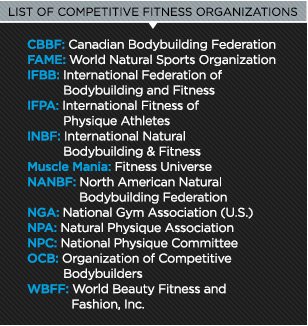 I was competing during the inception of the figure category in the IFBB. Figure was brought in because the female bodybuilders transformed, and people were calling for change.

The girls who came were drop-dead gorgeous, with bodies women liked to have and men wanted to be with. That transformed, too, to where the figure girls started looking like bodybuilders. I didn't want that in my federation.

The diva fitness model is more of an athletic woman, someone you would see in track and field, with long, lean muscle and a nice midsection.

The bikini model is just more toned. It can't be a girl who just walked in off the street. You still have to work out, and you still have to show in your physique that you work out, but it's a much more attainable look—a sexy look. It's Victoria's Secret meets fitness.

The WBFF looks at everything. We look at your physique, your face, your hair, the way you put on your makeup—every single thing. We ask, "Could this girl be on the cover? Could she be in an ad campaign for Nike or Reebok?" We judge the complete package of what we're looking for.

You also have some specific requirements for tanning. Explain your philosophy there.

How many times have you heard a buddy at a contest say, "They look orange," or "My God, they have mud all over them!" You go backstage and you don't want them to come near you because your nice suit is going to be destroyed.

[A show tan] doesn't look mainstream. The bodybuilding guys need to get nice and dark, but for modeling? I don't get that. You look at Victoria's Secret or Miss Universe, and all those girls have on a tan, but it's a natural-looking tan. That's what we go for. We don't want that muddy, dark, orange look.

If Armani, Paul Mitchell, or companies like that look at those guys and girls, they'll never give them a second chance. They'll never see their potential.

What do you do if one of your pros shows up to a competition with a traditional spray tan? 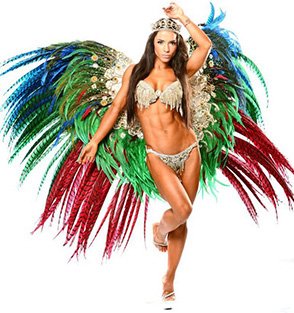 I tell them to take a shower. At a show in Denmark, I told a girl, "You need to go right into that shower stall and shower that off. It looks horrible." If you let it slide, another girl will try it, and the next thing you know, there are 20 girls on stage looking like that.

Our girls are just as beautiful as any Victoria's Secret model out there who is making 5, 10, or 20 million per year. Why shouldn't our girls get paid? That's my goal. Let's see what we can do for our girls.

I'm a dreamer. The world was built by dreamers. I was a kid who left Montreal to the United States and no one thought I would have made it, and I became one of the best bodybuilders of all time.

So why would I believe them when they tell me I'll never get a fitness girl to make that kind of money. Why not? Fitness girls works just as hard as anyone else. Right now the sport is being led by women, not men.

So are they getting paid these big bucks?

We're not there yet. This is just our sixth year. We're still building and branding ourselves to where we can get in the position to create some of the financial opportunities for our people. We've been fortunate in the past that some of our people have earned great opportunities through being with us, but we still haven't reached the pinnacle of where we want to be.

To get there, we have to create something that competes with Victoria's Secret, Miss Universe, and Miss America, so that when these girls win, they are on national television and people are throwing opportunities at them. We want to see that for our guys and girls. I think it's 100 percent possible, and I know it's going to happen.

One thing that really separates the WBFF is costumes. What does that add to the extravaganza?

That's the show. One of the biggest things about Victoria's Secret it was that the show was so big. It wasn't just their lingerie. It was the models, the costumes, the theme wear. It's like a carnival. The costumes, colors, music, and excitement make the carnival great.

Say you have 100 beautiful women with incredible bodies. After the first 20 girls come out, all of a sudden you start going cross-eyed. Everyone looks the same. With the costumes, every time someone comes out you are blown away. Each one is better than the next. It's excitement.

That's what people want to see. They want to be wowed. Cirque du Soleil isn't just a guy on a high-wire. It's the production, the costumes. That's what the WBFF is all about.