Exercise Vs Training: Five Steps To The Next Level

Stop spinning your wheels and get on the road to competitive success. Stop exercising and start training! Learn the difference here.

My introduction to exercise came in the form of a Body by Jake 110-pound weight set and bench that I received as a gift when I was 12. At the time, I was very interested in sports and pro wrestling, but I had very little clue as to what I was supposed to do with those bars and plates. Naturally, my first "workout" consisted of taping my name over the bench so that it read "Body by Biss."

Figuring that the answer was to be found in practice, I started working out before school and after. Aside from this routine, though, there was very little structure to what I was doing. I just figured more of everything was better. During the winter I would run to wrestling practice several miles away and then run back and lift weights. My best friend began to complain that all I ever did was work out and eat. What was all that exercise for, though? What, exactly, was I trying to achieve?

You probably couldn't have gotten me to admit it at the time, but the "what" I was trying to achieve was actually a "who." I emulated the wrestler Bill Goldberg. He was a man-or a character, to be more accurate-who was feared by his peers, and everything he did looked powerful, intense, and stoic. I wanted to be big like him, lean like him, and strong like him.

Eventually, my adolescent dreams evolved into concrete competitive goals in bodybuilding, and later in strongman and powerlifting. It was only once I added this element that I realized that doing everything all the time wasn't good enough. I needed a rigid program to match my passion. I needed to stop exercising and start training.

Exercise is activity for the sake of activity. This doesn't mean that people who exercise don't have goals, but rather that the activities they use could probably be substituted for one another. Like the old saying goes, "If you don't know where you're going, any path will get you there." Examples include a group fitness classes or anything you do to "break a sweat," or the countless joggers who hit the bricks just to be, um, healthier. In the exercising environment, what you do isn't that vital. What's important is that you do something. 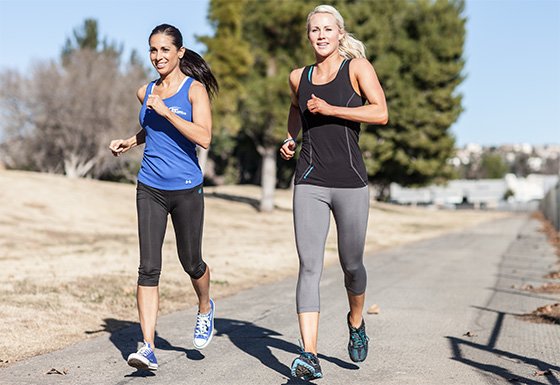 Exercise is activity. Training is specific activity with a clear purpose.

Let me be clear: There isn't anything necessarily wrong with this approach. But if you want to get better at the physical activities you enjoy, or if you desire to see a significant or specific result carry over into your life, you need more than activity. You need a destination, and "healthy" and "strong" aren't specific enough.

Step one is to set a realistic target and find a program designed to illicit that response. Then you will have started to train. Step two is to stick with that program all the way through. Even if it's not the world's most perfect training system, by the end of it you'll have a better idea of what you're good at, bad at, and need to get better at.

At any particular moment, training and exercise might look more or less the same. But they're not. When you train, sessions have specific goals relative to the overall goals of a program. The activities, loads, and frequencies you use are vital. You do what you need to do, not just what you want to do.

Have you been doing the same thing week-in and week-out, with no progression in mind? It may be fun, and it may get you some results, but it's not training. It doesn't matter if you're doing cycling, Crossfit, weight training, or running. If there aren't specific, smaller goals that fit into a larger progression, refer to it as exercise.

So how do you know if what you're doing counts as progress? Simple: because you've set measurable goals for each session. There are several effective ways to do this in the weight room. You could lift for volume over time, absolute strength, or increased total reps. Take your pick, or just trust your program and let it pick for you.

Consider this for a moment: Pretty much all pro athletes, regardless of sport, have coaches. However, these athletes perform better than their coaches. So why do athletes listen to coaches? There are two reasons; one is obvious, the other not so much. 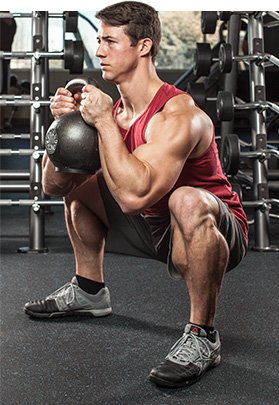 "A coach will make you do the things you find tedious, uncomfortable, or downright miserable, because they know the larger purpose those things serve."

Consider your own athletic background. Would you have run suicides, ladders, or bleachers without a coach there to make you? Probably not. A coach will make you do the things you find tedious, uncomfortable, or downright miserable, because they know the larger purpose those things serve.

Coaches also know how to size you up and see where you're deficient, or where you've been your own worst enemy. This is why training is generally uncomfortable: The focus ends up being on weak points.

Need a bodybuilding example? Most guys do a lot of chest, shoulders, and arms, even though those areas already dwarf their leg and back development. A coach most likely wouldn't let them see another dumbbell curl until they could crush Atlas stones with their massive glutes, and at that point they probably wouldn't see a need for so much biceps training.

Here's another example. Are you trying to improve your bench press? Great. Now stop bench pressing so much and find the weak points in your bench press. It could be lats, lockout, technique, or rate of force development, to pick a few. Focus on those areas, and then you'll improve. The law of accommodation tells us that if you just keep grinding against that bench press, you will start to regress.

If you look at any particular element in your training program and you can't explain how it will aid in your primary goals, then you probably shouldn't be doing it. Say you read a compelling article about how club bells make your shoulders stronger. Great-but you're a sprinter. Why are you worried about club bells?

This doesn't mean that you have to eliminate everything but your primary focus. If your goal is absolute strength, for instance, you still need to maintain some of your speed and mobility, and you may need some hypertrophy-focused work. However, just as an Olympic lifter would be wasting his time and energy doing hundreds of bench presses, calf raises, and press-downs, a bodybuilder doesn't need to be doing an hour of power cleans every day.

Keep some level of balance in your program, but as Jim Wendler and many other smart people have said, don't major in the minors. 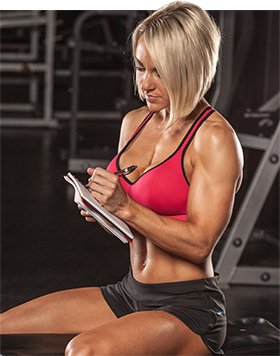 "Good record-keeping will help you find the problem and its solution."

When I'm training, I know before a session is finished whether or not that day was successful. I don't judge training quality based on how tired I am, how sore I am, or the volume I was able to perform. Success is not judged on the pump I got, but on my progression toward my goals. This is only possible if I keep records.

If it has been months since I've benched off of a three board, how likely is it I will remember exactly what my best is? Use a workout tracker, a notebook, or just chalk on the wall like I often do. But keep data, and keep it where you can access it.

When I'm training for strongman or powerlifting, my primary movement for each training session is usually planned weeks ahead of time, though it could always be subject to minor changes. Nevertheless, my records let me know which number I need to hit, and if I succeed, I can consider the training successful even if I skip the rest of my workout that day.

If I didn't hit my planned number, then there was a flaw somewhere. Maybe it was programming. Maybe my nutrition was off, or I wasn't rested enough. Good record-keeping will help you find the problem and its solution.