There are a lot of new people lifting with a lot of questions, and people do their best to answer these questions. Here is 10 simple answers to the most common questions.

There are a lot of new people lifting with a lot of questions, and people do their best to answer these questions, but there are those few questions that are ask a hundred thousand times, and people really get tired of answering them.

So I am going to make a list of cover some of them and maybe people will be able to read the answer here instead of driving some poor bodybuilder off the deep end.

You get large arms the same way you get a large anything, by training it correctly. Over-training is very common here especially with new people who think endless hours of attacking the arms day after day is the way to go. Repeat after me "LESS IS MORE, LESS IS MORE".

Which I could say this til' my voice wore out, but in fact I think I have. Do not hit the arms every day, every other day, or even three times a week. Hit them once a week and hit them well. For the love of god it is that simple. Over training the arms means they WON'T grow. People must understand that. This leads me right in the next question of:

2
Why Train Each Body Part Once A Week?

Your muscles do not grow in the gym. They may swell and get hard, but they do not actually grow in there. They grow while resting. In the gym you are tearing your muscles down, injuring them to the point where your body feels the need to rebuild them larger to survive.

If you don't not give your body enough time to do this, your muscle will eat it self away. Muscles should rest between 36-48 hours before being hit again. Then why you ask not do them again in two days? That is because most muscles get hit again indirectly while working out other body parts. The biceps help in your back workouts, your triceps help with your chest workouts, and they must rest.

3
My Friend Works His Arms 4 Times A Week And He Is Getting Results, Is This Normal?

Newbies to bodybuilding can get away with bloody murder to their bodies and they will still grow. This is because the body is in shock of the sudden surge of exercise and will build muscle rapidly to defend itself.

It won't take long however before over training will set in and the muscles will stop growing or even break down due to lack of rest. Once again, you can't build muscle in the gym, you can only trigger muscle growth for later, while resting. No rest = no muscle.

4
Does Creatine Work? Are There Side Effects?

Yes/No. (God I wish I could just leave it at that) but I'm here to explain myself, so here goes. I love asking people who ask that question, "what do you mean by 'works'"? Creatine does exactly what it says it will do. It helps the muscles retain water, which puts them in a great muscle building state. Higher endurance and strength can also follow this. Water retention is not a side effect!

Any Creatine stating that it is, and claiming it causes "no water retention" is avoiding exactly what Creatine should do. I have taken a lot of Creatine and I have never noticed a lack of definition in my muscles after using it, so don't worry about it. Liquid Creatine doesn't work, it's very important that gets said and is understood by all. This is something they should teach at schools. So many have fallen into the liquid Creatine scam, I am one of them.

I never bought the stuff, but I took it when it was offered to me. Creatine isn't stable in water and breaks down into a waste product quickly. Creatine sitting in those water solutions on the shelves were tested and contained only mere fractions of the Creatine they claimed they had in them due to wasting.

5
Can I put Creatine In My Post-Working Shake?

Yes you can. Creatine doesn't break down quite that quickly. And if you are really worried about it just mix it in your shake at the gym. But it should be fine for an hour or so, don't worry about that.

6
Won't Creatine Turn To Waste In My Body Since The Body Is Mostly Liquid And Creatine Isn't Stable In Liquid?

No word of a lie someone actually asked me this question. First of all read the answer to the question above. Creatine doesn't break down that quickly! It will be absorbed by the body in the body LONG before it turns to waste.

7
Do Those Electric AB Machines Work?

Oh hell no. I hate even entertaining this question. Convulsions aren't the best way to create muscle. Which is what these machines do, they make you spasms. In order for these things to work you'd need to shock yourself half to death, and move it around all over your body inch by inch.

There are lawsuits being filed right now against the major AB machine companies which when I heard about it made my entire day.

Run. Cardio is how you get abs. You must lower your body fat. Do a hundred crunches a day, and you will never see an AB if your body fat is too high. Once your body fat is low enough most people have abs anyway, but to work them there are quite a few good exercises. 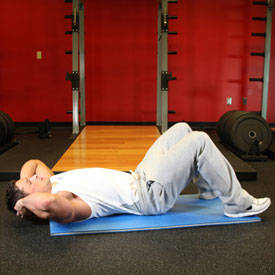 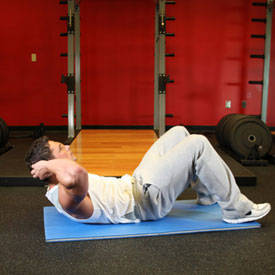 Crunches, and reverse crunches, hanging leg raises and sit-ups are good. Remember NOT to work the abs every day. I work mine twice a week with great results. Once a week I heard works well also. This however is very debatable, one thing not debatable however is that you must lower body fat to see abs, end of discussion.

9
What Is With The Protein Shakes?

Your body uses protein to build muscle, and as such you want to make sure you can consuming enough protein for your body to use. 1 gram per pound of body weight is a good number. Protein shakes help you get that protein, as it's hard to consume that much food in the course of a day for some people.

Also right after your workout your body needs food to begin rebuilding itself after the damage that was just caused to it. Protein shakes are great here, as whey protein is very fast absorbing. Protein shakes will not make you fat! My god, where do people come up with this stuff. Protein shakes in skim milk contain less fat that a regular glass of 2% milk! And no protein isn't a scam, it's one of the few things pretty much everyone agrees on is the most valid supplement out there.

10
What Exercises Are Good For Defining Muscle?

The treadmill is the only exercise I know of for defining muscle. The so-called definition exercises do not define muscle. You can only do a few things with muscle, you can:

Dean Goudie has been bodybuilding for about two years. Since he started lifting, he has gained over 50 lbs.