When weight gain and a major life change zapped Darnell's confidence, he found emotional balance at the gym. After losing around 100 pounds, this fit father is loving life again! 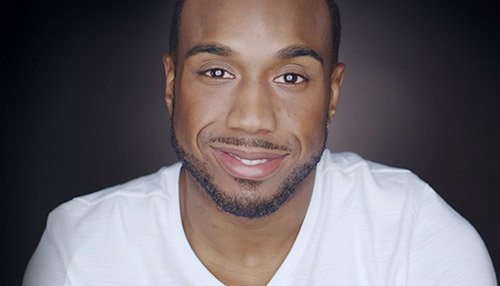 "When I was heavy, I was never really happy," says 24-year-old Darnell Greenidge. "I would avoid mirrors; if I showered, I would quickly jump in and out of the shower and then attempt to get dressed as quickly as possible. All of my clothes had to be loose to disguise my size. My ex-fiancé may have seen me naked once or twice a year, and even then, it was unintentional and embarrassing."

Darnell's weight issues weren't tied to vanity. He didn't dream of single-digit body-fat measurements or competing on stage. Instead, Darnell's journey began with him just wanting to feel comfortable in his own skin. "I didn't see Darnell," he says. "I saw what I'd ruined." It wasn't until the culmination of public embarrassment and family turmoil bubbled over that he realized it was time for a change.

This is Darnell's story.

Not Wanting To Look In The Mirror The Spark
Watch the video - 7:01

Were you overweight growing up, or was it more of a gradual gain?

I was heavy my whole life. I lost some weight in high school and got down to about 185, but when I discovered I had a child on the way, I gained all the weight back, plus more. It was stress-related shell shock. That's when I hit 280.

Fast food and evening eating definitely played a part. I'm a closet eater, so I'd eat healthy in front of coworkers and family, but once 9 or 10 p.m. hit, I'd suddenly consume 3,000 calories within the hour. I'd hit the drive-thru, eat in the car, and head straight for the sweets cabinet once I got home.

At one point, I was too big to get on a rollercoaster. That public humiliation combined with a failing relationship was hard. There was nothing I could do about it; no matter how many flowers I bought or how many letters I wrote; it wasn't working, because my attitude wasn't there. I went from having a fiancé and being a full-time father to sleeping in my car for two nights and being a weekend dad. 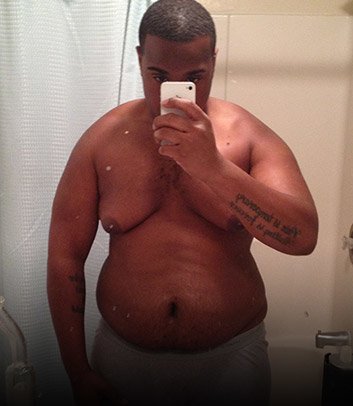 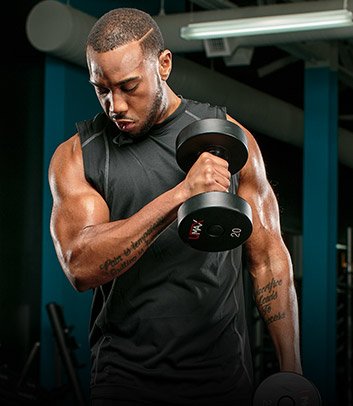 How did you turn things around?

In December 2014, I moved back in with my mother, who is my role model. She gave me a seven-day pass to her gym, and as cliché as it sounds, that changed my life. Even though my life was still in disarray, I felt balance and comfort in my new home—Tilton Fitness in Northfield, New Jersey. It was the people and the environment, but also the release I felt while at the gym.

Throughout the day, tension would build up from work and family and life struggles. Once I got to the gym, I could release them within a few hours. I walked out with less weight on my shoulders. I needed a place to do that.

You lost a bunch of weight pretty quickly. What was that timeline like?

When I joined the Bodybuilding.com transformation last year, I'd gotten down to 210 pounds. At 5-foot-9, I'm not the tallest guy on the block, so I was still heavy. But I didn't let that get me down. I heard about the Bodybuilding.com transformation contest, and it all clicked. I felt everything coming together. Three months in, I was at 160 pounds. 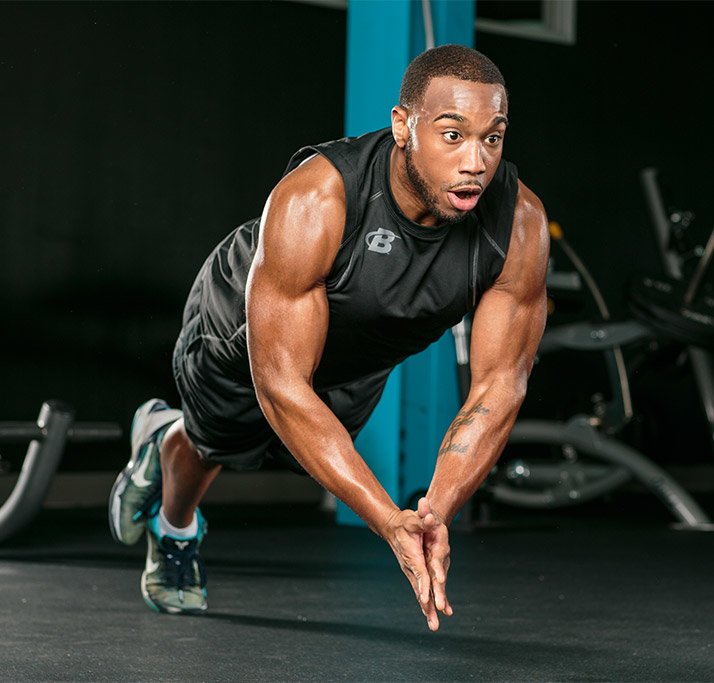 Had you worked out at a gym before, or was it a new experience?

Before, I almost strictly did cardio. I'd just go to the gym and run. At 210 pounds, I could still hit a 9-minute mile. Once I found Bodybuilding.com, I started lifting and doing a lot of HIIT. I did Jim Stoppani's "Shortcut to Shred" program, and I still incorporate the majority of the techniques—like dropsets, cardio acceleration, and limited rest periods—into my workout today. I loved learning the science behind the workouts. It intrigued me, because I'm a logical person. I don't like being told things like "Lift this, and you'll get big." How and why will I get big? Bodybuilding.com's articles explained these things to me.

What was the most challenging aspect of your transformation?

The supplementation and the diet were the most difficult aspect. Everyone around me continued to eat unhealthy, and I had to abstain from all of the temptation. There were days when I threw up because I'd downed too many supplements and not enough food. I overcame these obstacles by taking my mind off of the challenge and focusing on the task at hand. If I thought about all I had to do each day, I would probably become flustered and revert back to my bad habits. Instead, I did my best to embrace each task to the fullest without thinking about the next mission at hand.

How has your life improved since you lost weight?

Before I lost weight, I had high blood pressure. I hid that from my mom when we lived together, but she discovered the pills and asked me what they were, so I had to tell her. She always said, "Eat to live, don't live to eat," and she's right. She was relieved once I started to lose weight. She said I made her proud.

I now feel a sense of freedom—that's the main thing. Before, I was hiding. Every day was about trying to stay under the radar. I didn't want anyone to see Darnell, because I wasn't happy with myself. I'd basically just go to work, go home, and find something to eat to cope with feeling bad about the way I looked. Now, I've regained control.

What sorts of things can you do now that you might have not been able to do before?

That's easy: approaching women. I couldn't approach women before—it's just something I couldn't do. Even when I was heavier and they'd come up to me, I'd just become a sweaty, nervous mess, and that would be the end of the conversation. I'd make it awkward. They may have been interested in me, but I wouldn't know how to respond because I wasn't interested in myself.

I'm also able to be more active with my son, now. We both love basketball and have spent the summer playing on the basketball courts for a couple of hours most mornings. He also does simple calisthenics with me like push-ups and crunches. It's hilarious when he tries to do a plank, because he's a bit off balance, but he just turned 7, and it's so cool that he's embracing fitness.