Brandon was tired of being small and disrespected, so he took after his parents and found sanctuary in the weight room. See how his body progressed with total toughness!

I was one of the smallest kids to play sports growing up. I was made fun of constantly because of my size and was even called a Holocaust survivor once, which really made me mad. I couldn't gain weight no matter what I did and became discouraged.

My dad always encouraged me and said my time would come because he grew late. He said I would be one of the biggest kids in high school by my senior year, and he was right. I was naturally athletic and had determination and toughness to push forward. My youth football coach said I was pound for pound the toughest kid he ever coached.

I was really into football, dreamed of playing in the NFL, and worked extremely hard to achieve my goal. I didn't start on varsity as a freshman or sophomore, finally had enough, and decided to gain size and become a starter as a junior.

I gained 40 pounds from my junior to senior year and started at safety. I was happy that I accomplished my goal but wasn't happy about not working out during football season, so I quit the team as a senior because I loved weightlifting more than football. It was a hard decision. I got criticized and many of my teammates hated me for it, but I stayed strong.

People made fun of me for being a bodybuilder, but I found that I can do anything I want if I give it 100 percent. I learned to control my body and mind. The kids who made fun of me eventually quit. Now lots of people come up to me or message me asking how I got so big. They want advice, which makes me feel great and accomplished.

My dad, who used to be a semi-pro football player, helped me design a workout routine and I educated myself on nutrition and supplements to create balance. My dad was into strength and didn't care what he looked like, but that was OK because it gave me a good base. Since then, I've made steady gains. 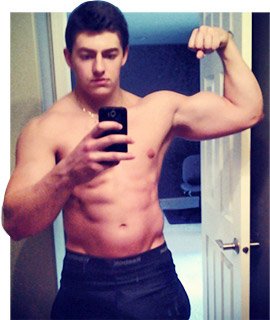 My mom introduced me to bodybuilding because she used to be a bodybuilder. I became more interested in bodybuilding and altered my workout routine to incorporate muscle growth and hypertrophy.

There were many days when I wanted to quit and got sick and discouraged about losing weight and muscle. I was tired of throwing up, not feeling well, and eating the same foods daily, but I was too strong to quit.

My inspiration to lift came from my dad who had me in the gym at age 12. He was tough but taught me what it took to succeed. His mentality was intimidating and taught me that the mind is everything. My mom also played a role in the beginning by introducing me to bodybuilding.

My best friend, David Columbia, has been by my side from day one. He's bigger than me and motivates me daily. I tried to catch up to him, but he's a monster. Ronnie Coleman also inspires me. He's a freak and I want to look like him one day. Ronnie is very humble and trained hard to achieved his goals.

Being consistent nutritionally was the most challenging aspect of my journey. I brought cold chicken and brown rice to lunch every day at school and it tasted terrible.

It took me forever to eat because I felt like I would throw up at times. I had to concentrate on eating just so I wouldn't throw up. It's painful to this day, but it must be done. 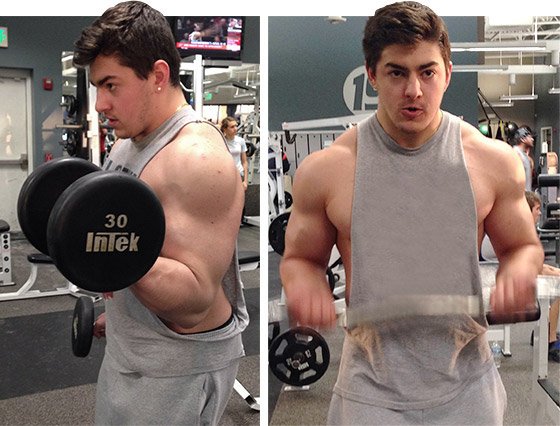 I plan to compete and win the Midwest Ironman teen division in November and get my name out in the bodybuilding industry. I'm still looking for a prep coach. I hope to be a pro bodybuilder one day.

Fitness is a passion I plan to hold onto throughout my life. I just started dieting, training, and supplementation programs at college. I love helping others change their physique. I want to open up a gym when I'm older.