The low-carb diet has seen a tremendous upsurge in popularity, but are its days numbered? The answer and the reasons may surprise you.

Low-carb diets, such as the Atkins Diet and the South Beach Diet, can be extremely effective for fat loss and weight control. You've no doubt known or heard of someone going on a low-carb diet and dropping 10 pounds or more in a week. Low-carb diets are very popular for their rapid results. Who wouldn't want fast results like this?!

As popular and effective as low-carb diets are, how can there possibly be a significant downturn in the low-carb diet's popularity? After all, aren't low-carb diets supposed to allow people to eat as much low-carb food as they want still lose weight?

Low-carb backlash (people turning against low-carb dieting) and low-carb diet failure is a reality and I'm going to tell you the reasons why. Before I do, I want to make one thing perfectly clear:

I believe low-carb diets do have their place in nutritional science.

They can be a very valuable dietary strategy and can be very effective for fat loss. I actually incorporate proper low-carb eating into my fat loss program "Metabolic Surge - Rapid Fat Loss!" It's the misinformation and bandwagon profiteering currently becoming associated with low-carb diets that really create the problems we're seeing now with low-carb diets.

One of the major reasons people used to lose so much weight on low-carb diets was that there was a very limited selection of foods to choose from. These foods (like fish, meats, poultry, salads, vegetables, etc.) are primarily unprocessed and natural.

Spying the chance to make a profit, big food manufacturers (and even little ones) saw a way to create a whole new market for themselves in the form of manufactured

Out came the low-carb cookies, cakes, chips and desserts. Basically, all the garbage foods that a person wasn't previously allowed to eat on a low-carb diet suddenly became available to eat again.

So we're right back to square one with people eating junk food. The problem is, now people think they can eat as much of it as they want because it's "low-carb!"

If this sounds to you like the "I can eat all the ice cream I want because it's zero fat" attitude commonly found with low-fat foods, you're absolutely right.

Just because a food is "low-carb" doesn't necessarily mean it's good for you or that you can eat as much of it as you want. It's most likely not going to be low-calorie and don't be fooled...even on a low-carb diet, calories do count.

If you take in more calories than you burn, you're not going to lose fat, you're going to gain it.

The next time you're at the grocery store, look at the nutritional information on the label of a low-carb food package, specifically serving size.

One small low-carb cookie could give you 10 grams of carbs with another 10 grams in sugar alcohol.

The person who is buying low-carb cookies to satisfy their craving for carb foods is not going to eat just one cookie.

A few cookies later, they've eaten their entire carb allotment for the day and what nutritional redemption do they have to show for it (and creme-filled goodness doesn't count)!

With the current tremendous availability of low-carb junk food, a person doesn't have to eat fish, meat, eggs, salads and vegetables, which should be the focus of a low-carb diet. They can eat the same garbage that got them fat in the first place.

This is one of the main reasons low-carb diets are starting to fail and why there is a growing resentment towards low-carb dieting. Unknowingly, people have undermined their dieting efforts by supporting food manufacturers who make highly-processed, low-carb junk food. People want to believe that they can continue to eat the same foods they're comfortable with and still lose fat.

The problem is, you just can't keep doing the same things you're doing and expect different results.

2.
Too Much Emphasis On Unhealthy, High-Calorie, Fatty, Low-Carb Foods.

Just because you CAN eat them doesn't mean you SHOULD.

Dr. Atkins, in his diet program, actually discourages overuse of foods like this. He focuses more on unprocessed meats, fish, poultry, eggs, salads and vegetables, etc., rather than the bacon, butter and sausage.

The general public seems to only get the sound-bite message from the "don't-confuse-us-with-the-facts" popular media, which is "eat all the bacon and butter you want and still lose weight." This is not and should not be the focus of any low-carb diet.

Why is eating fatty foods like bacon and sausage contributing to a downturn in low-carb dieting? Because when it comes right down to it, these foods will never be healthy and should not be consumed in quantity.

Not only are they full of saturated fat and preservatives, the high fat levels mean they are very high in calories. As I mentioned before, calories do count, even on a low-carb diet.

If you take in more calories than you burn (which can easily happen when you eat 500 calories worth of bacon for breakfast) you're not going to lose, you're going to gain.

3.
Turns Out Carbs Are Not Actually Evil.

Carbs are everywhere. They're in many of the foods we love to eat. They're also in many of the very nutritious foods we SHOULD be eating. There is no denying that the human body is designed to efficiently use carbs for energy. Carbs are NOT inherently evil nor do all carbs need to be avoided like the plague.

The problem most people have with carbs is that they eat the wrong types of carbs. Enriched, pulverized, processed, sugary carbs are the carbs people have fattened themselves up on for years. These are the carbs that should be avoided and/or minimized.

Fruits, vegetables and whole grains are not the problem. They contain nutrients that are extremely important to the body and contribute to health and athletic performance. Look to high fructose corn syrup and enriched white flour and you'll find the source of the problem.

Most people truly WANT to eat carbs and SHOULD eat (proper) carbs, which makes it that much harder to stick to a low-carb diet. This is another major reason we're seeing resentment towards the low-carb lifestyle.

The low-carb diet is a very unbalanced diet. Only eating from certain food groups will catch up with a person in the long run (potassium deficiency can be a BIG problem with low-carb diets).

The body functions best when fed a variety of healthy foods and people on low-carb diets should be very careful to be sure they're getting enough varied nutrition. Unfortunately, as we know, most people aren't that careful.

If what you're eating is not giving your body the nutrition it needs, it will let you know. You will get strong cravings for the foods you're missing and you may even develop nutrient deficiencies. Not a good situation.

For most people, a diet that can leave you vulnerable like this, if you're not careful, is not going to be effective in the long run.

If you are currently on a low-carb diet,
be absolutely sure you are at the very least
taking a good multivitamin!

Sugar alcohols simply DO NOT exist in nature in the quantities found in low-carb foods these days. When a body ingests a large amount of a substance it's not familiar with in large quantities, what's its reaction? Bingo - flush it out the other end as quickly as possible.

In fact, if you read the small print on some of the foods that contain sugar alcohols (such as maltitol and sorbitol), you'll see a little notice that reads:

"Warning: excess consumption of this product may have a laxative effect."

Maybe it's just me but in my opinion, unless you're eating something like prunes where you know what you're getting into, the foods you eat shouldn't have a laxative effect (and "laxative effect" is the nicest way of putting it!). This reaction is the body's way of saying something is not supposed to be there.

Another point is this: foods that contain sugar alcohol also contain calories, which need to be accounted for in a fat-loss diet. Even though the "impact carb" count may be low, those non-impact carbs still have calories that can make you fat if you eat too many.

You may be looking at a low-carb bar that contains 200 calories yet has only 1 gram of "impact" carbs! Those calories have to go somewhere.

You can just imagine there being resentment towards a diet that has you eating foods that have you sitting on the toilet half the day. You'll lose weight, certainly, but it's not going to be how you thought. Move over Olestra! 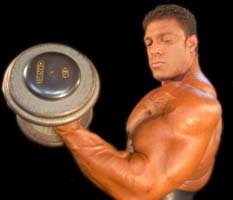 If you're on a diet that is not only not working but is actually uncomfortable, expensive and, depending on how you're doing it, unhealthy, chances are you're not going to stick it with very long.

And this is what we're seeing quite a lot of. People are making the mistakes that I've outlined here by eating manufactured low-carb foods filled with sugar alcohol. They're missing carbs (and the nutrients associated with carbs) both mentally and physically. Their results are slowing down and stopping.

A significant downturn in the popularity of low-carb dieting is on the way and, unfortunately, it's leaving a lot of people more confused than ever about how and what to eat to lose fat and stay healthy.

My Advice To You

Regardless of what type of diet you're on, a focus on foods that are unprocessed and closer to their natural state will help you burn fat and keep your body healthy.

Nick has a degree in physical education and psychology and has been a personal trainer for the past decade.