Be Your Own Trophy: 7 Tips For Surviving Physique Contests

Didn't place at your last competition? Don't let disappointment ruin your self-confidence. Here are 7 ways to stay positive, no matter where you place in the lineup! 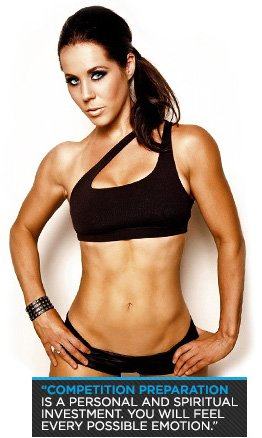 I won't sugarcoat it, because you shouldn't be eating sugar anyway: Physique competitions are a tough business. You can pour your heart, soul, and whole self into your contest prep and still come home empty-handed—and that is an unpleasant pill to swallow, even with a spoonful of sugar.

I've been competing since 2008. I have seen the full gamut of backstage reactions to placings. I have seen angry tears, beaming smiles, punched walls, and flying platform shoes followed by volleys of expletives. Show results can elicit some extreme reactions.

Competition preparation is a personal and spiritual investment. You will feel every possible emotion, including some you'd never felt. It's a whole different ballgame when you go outside of your local region and step on stage for a national or international show. The bigger the show, the bigger the stage, the more pressure you will feel to place well. The unfortunate side effect of these high expectations is that the opinions of the judging panel can often cloud and distort your own sense of self-worth.

It doesn't have to be that way.

Over the years, I learned that I have developed a relatively subversive viewpoint about getting on stage. We are such a "winning is everything" society that it's easy for people to forget why they began training in the first place. Competing in a physique show is a chance to do something most people in the world don't have the discipline to do. You have the chance to reveal the best version of yourself by presenting it to a waiting audience. I often caution athletes new to the world of competition to not let their heart venture anywhere near the scoring sheet. The disappointment can be so detrimental that they never set foot on stage again. And that, my friends, is a gigantic waste.

"Oh, stop it," I can hear you shrieking at me out there: "Get real, Abby. What's the point of getting on stage if I can't win? Coming home empty-handed is going to make me feel like the biggest loser on the planet!" Listen, kids, I hear you. I didn't always have this mindset. I want to win as much as anyone else. Who doesn't want to come home with hardware? But I come from an overweight background. The genetic lottery handed me some difficult cards. I weighed approximately 190 pounds and carried 38 percent body fat at my heaviest.

For my first show, I got down to about 14 percent body fat and 127 pounds. I have been on stage a dozen times since 2008 and have never left with a trophy. My first few shows, I was a complete emotional disaster when I didn't place. My self-esteem took a huge hit, even though my physique improved with every show. I had to accept that I will never be the girl who gets on stage for the first time and wins a trophy. But that's OK. We can't all have the same story, journey, or experiences. That would be boring, right? 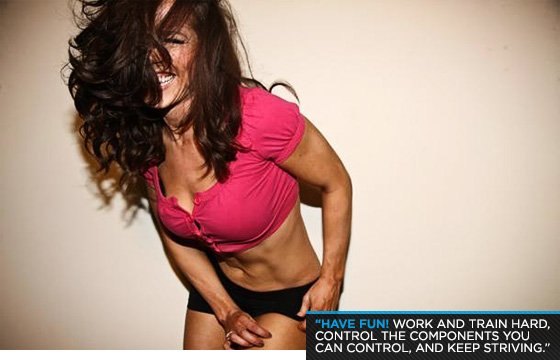 Your Body Is Your Trophy ///

You have no idea who will show up on the day of a show. The members of the judging panel and the athletes are arbiters who dictate how show rankings fall into place. You can show up looking the best you ever looked without approaching the top 5 or 10. Why should your self-worth and confidence crumble because of circumstances you can't control—especially in a sport that's so subjective and political?

If you're competing this spring or summer, don't let your place in the line-up dictate how you feel about yourself. Before you don your posing suit and spray tan, consider these seven tips. They'll help you navigate the emotional minefield in the world of physique competition. 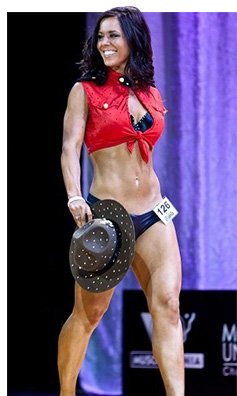