Backing It Up: Back Training And Motivation With Frank McGrath

You can't quantify inspiration in reps and sets. It's an image, a feeling, and a story. Just ask IFBB pro Frank ''Wrath'' McGrath, who came back from a near-fatal car crash looking bigger and better than ever! 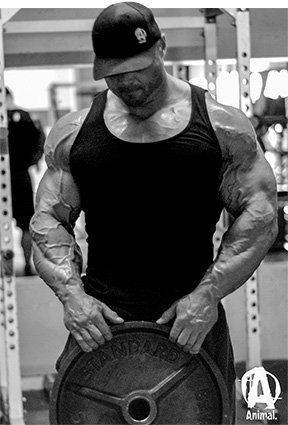 "I was drawn to the superhero image and the idea of power—being different."

I was big into G.I. Joes when I was a kid. I had so many of them, even though I've forgotten their names. More than anything, I liked the guys who had swords and weapons and other extras. One had a place in his boot for a knife; another was a ninja with a sword, which he held across his back. I also had a guy who had big arms with veins on them. No joke. I don't know who he was, but he actually had veins.

I don't know how many people out there did this, but I liked to take apart my G.I. Joes. I stuck the legs from the boot guy on the body of the sword guy. Then I put the big arms on his body, and I put the ninja head on top. Before I had ever even thought about lifting weights, I knew I wanted to have the muscular arms of my super Joe.

Maybe it was something I was born with; I don't know. Maybe it's because I was a small kid and got picked on a lot. But whatever the reason, one day I was just looking at my He-Man figures and G.I. Joes, and I just went down in my basement and started building my own body.

I wasn't thinking about being a pro bodybuilder. I was still just drawn to the superhero image and the idea of power—being different. I just remember thinking, "I want to look like a freak."

Backing It Up Frank "Wrath" McGrath Trains Back
Watch The Video - 20:03

Down In The Basement

When I started, I trained every body part every day. I had no clue what I was doing, because nobody ever showed me how to work out. I didn't have a training partner or a gym. I didn't even have magazines, except for my dad's old ones from the 60s. There was no big guy in the weight room for me to look up to and say: "Oh, I want to look like him."

Pretty soon I had pictures on my wall torn from magazines: Arnold, Lou Ferrigno, Shawn Ray, and Jay Cutler when he was super young. That's what I wanted to look like. That's what inspired me to go down in my basement every day and pick up my shitty plastic weights with concrete inside. I saw those pictures while I was doing chin-ups on the edge of the door ledge with just my fingertips.

People at this stage come to me every day and they're like, "Oh, I want to be a pro bodybuilder." I'm like, "I think you want it for the wrong reasons." You want the fame and the magazines? That's cool. But you've got to do it because you love working out.

For me, it wasn't about money or getting girls or anything else. I loved working out more than I loved bodybuilding. Competing was just something on the side, where I get to walk in front of people and have them say, "Oh shit! That's crazy!" 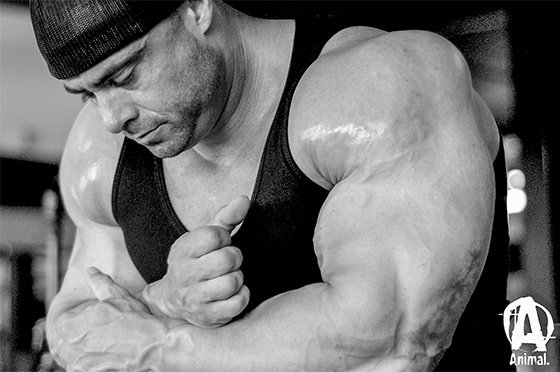 You want the fame and the magazines? That's cool. But you've got to do it because you love working out.

The Power of an Image

I'm not going to lie. Once I had spent a few years competing as a pro bodybuilder, I got a little comfortable. It kinda became a regular job. I wasn't looking the way I should have, because I didn't have the same love for it.

But in the last few years, I've been enjoying it again. I'm there on the treadmill, and I'm thinking, I just want to walk onstage and freak people out. We all want to win; don't get me wrong. That's in my mind, too. But for me, it's not enough.

Part of this is because I've still heard from so many people that I'm the reason they started bodybuilding or working out. This kid's got my picture on his wall, or in his locker, or in his gym. Or he's got his training book, and I'm on the cover. People tell me they've had injuries, or money problems, or whatever. They write me with cancer and say, "I got out of bed because of you."

I'm no Mr. Olympia. I'm Frank. And I can change someone's life just by doing what I like to do? Wow. All I did was decide to get up and train that day, and not to let my health, injuries, or personal problems get in the way of what I want to do. That's enough to make someone get out of bed and go down in his basement with a set of fucking crappy plastic weights.

The next thing you know, this guy could be ... I'm not even going to say Mr. Olympia. He could be some professional athlete, and he started in his basement working out to get stronger, and it's because of me. That's crazy. 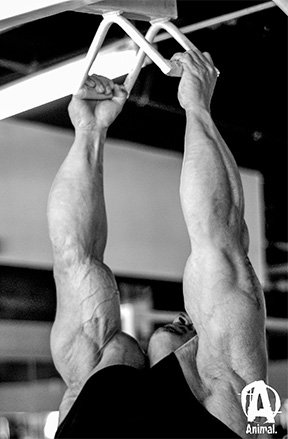 What Will You Be Remembered For?

There are a lot of great bodybuilders who come and go—way better than me—and nobody remembers their names. I think that's one of the worst things there is. Some guy spent his whole life doing this, he was passionate, and we don't remember him.

I just want to be a guy who, even when I'm done, even when I'm skinny, they still say my name and use my pictures for motivation. I want to come up when they're talking about who's really vascular, or who has big forearms, or whatever. I want to someone to say, "Man, look at this picture of Frank McGrath. Remember this guy? He was crazy."

But that's not all. Every bodybuilder has big muscles. I want them to say, "The guy had drive. He didn't give up, even when a lot of people would have." I want to give a message to the future guys, tell them they can get through anything. Everything is a question of what they believe they can be—that image.

Sure, I'm a physical guy, but bodybuilding is all mental. Even today, I can already see myself in the future, what I want to look like, where I want my life to be. It's already happened in my mind. I just have to back it up.

Back It Up on Back Day

I don't work out every muscle every day anymore. But, like when I was a kid, I never do the same exact workout twice. I usually go by feel. I'll do a lot of warm-up sets and then between 1 and 3 working sets. In terms of reps, I generally think the 8-12 range is best for growth and great for bodybuilding, but I'll go outside of it depending on how I feel.

Here's an example of how I smack back:

I do both neutral-grip and wide-grip pull-ups, because they're two of the best movements for widening the back. I've been doing them since I got started in bodybuilding.

The underhand-grip pull-down is one of my favorite movements. It's usually a finisher for me. Sometimes I'll do different grips in the same workout to hit my lats from different angles.

I do conventional deadlifts from time to time, but I like the way rack deads feel. They're one of the best for building thickness in the back and in the glutes.

I don't pose after every workout but when I'm getting ready for a contest, I'll go in the aerobics room and pose to check my progress. It gets me ready for on-stage posing and can help bring out the little details in my physique.