Ask The Macro Manager: What Is Gluten And Is It Unhealthy?

Gluten has been shunned for the wrong reasons. Some experts have deemed it the devil of healthy diets. The truth: Gluten probably isn't your enemy!

What is gluten? Why does gluten get a bad rap?

This may not sound like the most popular answer, but gluten isn't necessarily bad. Over the past several years, "gluten free" is a term that has been tightly associated with "healthy."

Like most food crazes picked up by the mainstream, the gluten connection isn't as cut and dry as you might think.

My wife has celiac disease (the medical term for having a gluten allergy), so my household has been gluten free for nearly eight years now. I have spent a great deal of time researching gluten, gluten's physiological effects, and gluten-free diets. What I've learned might surprise you.

What is Gluten, Anyway?

Gluten is a protein primarily found in wheat. It works like glue, serving as a protein adhesive that binds your food. Without gluten, all baked goods would be as flat as pancakes. 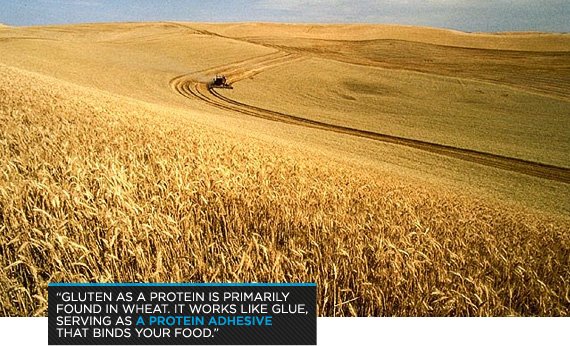 Because gluten can act as a thickener, it works its way into other food products like sauces and marinades. Gluten also sneaks into our diet through cross-contamination.

Oats are a perfect example: They don't contain gluten, but they are often processed in facilities that process gluten-containing grains.

Thus, oats get contaminated with gluten. If you have gluten issues, seek out gluten-free oats.

How Do I Gauge My Gluten Tolerance?

Unfortunately, determining if your body has problems with gluten is difficult. We often associate a gluten intolerance or allergy with intestinal symptoms such as diarrhea and bloating.

If your body has an aversion to gluten, you could suffer from nearly 300 different symptoms, many of which have little to do with these symptoms.

Testing for gluten intolerance can be done in a variety of different ways. Here's the rundown in order of how you should test.

The first step is to cut out foods containing gluten for at least 14 days.

Keep a written log of what you eat, your bathroom habits, how you feel, and anything else—including the clearing up of acne.

After two weeks, add gluten back into your diet for at least another 14 days.

Continue the processes of logging your food and your body's feedback.

You're looking for the appearance of new symptoms. You may notice reappearing symptoms that you didn't consider previously.

If you notice changes in your body, bathroom habits, or digestion during the elimination and subsequent reintroduction of gluten, I'd cut gluten from your diet. Gluten testing is wrought with false negatives.

Feeling better is the most important thing. If you feel better, listen to your body and take note.

Depending on the results of your modified elimination diet, you may want to move onto professional testing. There are two different companies I recommend:

EnteroLab is a Texas-based laboratory that looks at your DNA to see if you carry celiac disease or gluten sensitivity genes. They have a variety of different tests at different price points depending on the detail of the testing you want.

Cyrex Laboratories comes recommended from a colleague of mine, Dr. Brooke Kalanick, ND. Cyrex is unique in that they look not just at gluten, but reactions to gluteomorphins, which are byproducts of our body's digestion of gluten.

Most people won't reach this step. At this point, your doctor must be involved, although I recommend they become involved at step one.

Most people won't get to this step because it comes with its own risks.

If I suspected I had issues with gluten, I would rather just cut it out of my diet instead of getting biopsied to prove the point.

What Will A Gluten-Free Diet Look (And Taste) Like?

If you do go gluten free, the good news is that you will most likely start eating less carbs, which is good for your body fat. Gluten-free nutrition requires some switches in your diet with certain foods, but most will stay the same.

Here is a list of common bodybuilding foods and what impact (if any) going gluten free has on them.